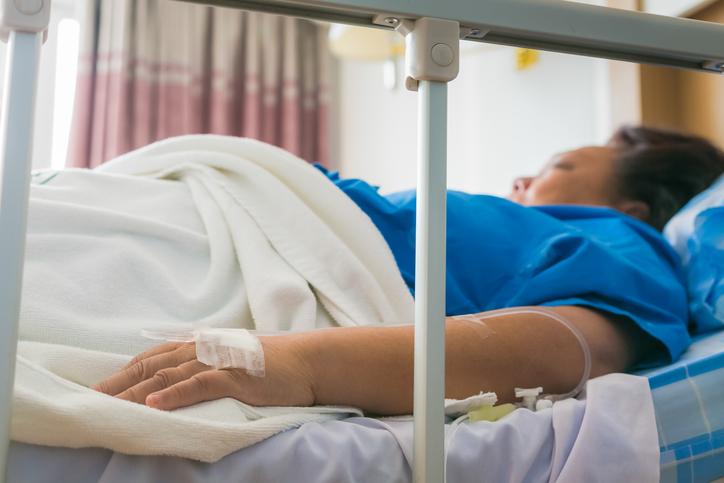 There is no medical definition of "chronic Lyme" and no treatment guidelines; instead, the term is used by patients and some providers to describe several symptoms, including fatigue and muscular pain, attributed to prior infection with Lyme disease. Many patients with a chronic Lyme diagnosis, however, test negative for Borrelia burgdorferi, the bacteria associated with the ticks that carry Lyme.

Some practitioners, including alternative medicine professionals who advertise themselves as being "Lyme literate" prescribe long-term courses of antibiotics and immunoglobulin therapy. But the CDC warns that treating an undiagnosed condition with an unregulated treatment plan can be dangerous for patients.

"At least five randomized, placebo-controlled studies have shown that prolonged courses of IV [intravenous] antibiotics in particular do not substantially improve long-term outcome for patients with a diagnosis of chronic Lyme disease and can result in serious harm, including death," the authors write.

To describe the threats of over-treating the undiagnosed condition, the CDC published five patient descriptions that come from state health departments. In one case, a woman died from shock after she received a peripherally inserted central catheter (PICC) for IV antibiotic treatment for persistent Lyme. Her joint pain never resolved after 3 weeks of treatments, and she eventually died from central venous catheter–associated bacteremia.

Another patient, a teen girl, also got septic shock after her PICC became contaminated. She had been seeing an alternative health practitioner who prescribed long-term use of ceftriaxone. Her PICC was removed, but she was hospitalized for weeks.

Another patient, a 50-year-old woman, sought treatment for chronic Lyme for 5 years.  She developed Clostridium difficile colitis as a result of using several antibiotic, antifungal, and herbal remedies.

"The C. difficile infection became intractable, and her symptoms persisted for over 2 years, requiring prolonged treatment. The patient subsequently died from complications of amyotrophic lateral sclerosis," the authors write.

Concern over resistance, other complications

According to the CDC, it is not known how many people seek treatment for chronic Lyme, or how many complications occur during the course of treatment.

"In addition to the dangers associated with inappropriate antibiotic use, such as selection of antibiotic-resistant bacteria, these treatments can lead to injuries related to unnecessary procedures, bacteremia and resulting metastatic infection, venous thromboses, and missed opportunities to diagnose and treat the actual underlying cause of the patient’s symptoms," the authors conclude.