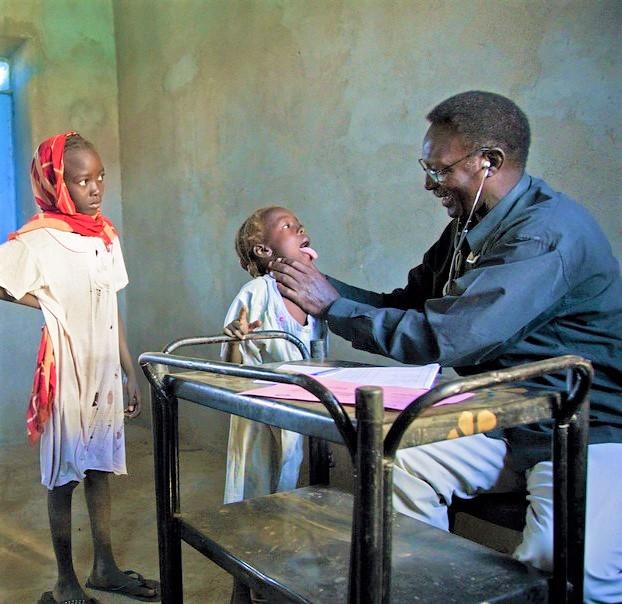 The first of its kind, a global survey on people's attitudes about science found confidence in medical professionals, scientists, and vaccines, but with big knowledge gaps, higher vaccine mistrust in wealthier nations, and beliefs shaped by culture and context.

The Wellcome Global Monitor, conducted as part of the Gallup World Poll 2018, is designed to provide a baseline to gauge how attitudes evolve over time and to help guide policies to improve public engagement on science and health issues. The data were published today.

The survey included more than 140,000 people ages 15 and older from more than 140 countries, Wellcome Trust said today in a press release. It added that the survey shows the first glimpse into what people think about the issues for many countries, including Colombia, Nigeria, South Africa, and Vietnam.

Among the key findings were that three quarters of the world's population trust doctors and nurses more than anyone else on healthcare issues. And 72% trust scientists.

Regarding vaccines, 8 in 10 say they are safe, and 9 in 10 say their children have been vaccinated. However, those living in high-income countries reported the lowest confidence in vaccines.

Only 72% in North America and 73% in Northern Europe said vaccines are safe, but the number even lower in Europe. About 40% in Eastern Europe and 59% in Western Europe agreed on the safety of vaccines.

On the other side of the spectrum, two lower-income countries—Bangladesh and Rwanda—had the strongest confidence in vaccines (97% and 94%, respectively). The report said that was attributed to the two nations' strong commitment to vaccines.

The survey revealed that for most parts of the world, higher confidence in health systems, governments, and scientists translated to high trust in vaccines, except for Europe, where the picture was more complicated, with respondents from France reporting the lowest levels of trust in vaccines: 33% of French respondents disagreed that vaccines are safe, and 10% disagree they are important for children to have.

The nations with the highest percentage of parents saying they don't vaccinate their children are China (9%), Austria (8%), and Japan (7%).

Charlie Weller, head of vaccines at Wellcome, said in a Wellcome news release, "It is reassuring that almost all parents worldwide are vaccinating their children. However, there are pockets of lower confidence in vaccines across the world and we cannot afford to be complacent."

In another main finding, nearly 1 in 5 (19%) said they felt excluded from the benefits of science. And fully 57% of global respondent said they don't know much, if anything, about science.

Alongside learning science at school or college, confidence in national institutions such as the government, the military, and the judicial system are among the strongest factors that relate to trust in science.

Imran Khan, head of public engagement at Wellcome, said the survey "clearly shows that people's beliefs about science are deeply influenced by their culture, context, and background. We need to care more about these connections if we want everyone to benefit from science."

The researchers also found a gender difference in people's reports on their understanding of science, with men in nearly all regions of the world significantly more likely to report a good understanding level compared with women. The gender gap was greatest in Northern Europe and lowest in the Middle East and Southeast Asia.

Jeremy Farrar, MD, PhD, director of the Wellcome Trust, which commissioned and funded the report, said in the release that the findings reveal an unprecedented view of the connection between science and society.

"No matter how great your idea, how exciting your new treatment, or how robust your science, it must be accepted by the people who stand to benefit from it," he said. "Vaccines, for example, are one of our most powerful public health tools, and we need people to have confidence in them if they are to be most effective."