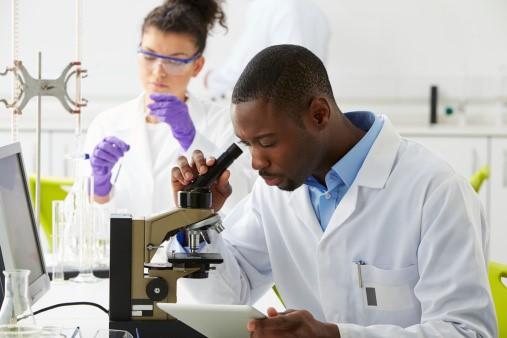 Biopharmaceutical company Achaogen announced today that it will share scientific data and other information from a discontinued antibiotic research and development program with other researchers, a move experts hope will aid future antibiotic discovery.

Achaogen, of South San Francisco, Calif., will share the data from its LpxC inhibitor program on the Pew Charitable Trusts' open-access, cloud-based database SPARK (Shared Platform for Antibiotic Research and Knowledge), launched in late September to spur basic research into new antibiotics for gram-negative bacteria, which are some of the most challenging bacterial pathogens.

Wes Kim, a senior officer with Pew's antibiotic resistance project, said the data will provide other scientists with valuable information about LpxC inhibitors, which target an enzyme that's critical for maintaining the tough outer membrane of gram-negative bacteria. LpxC is a target that has eluded many antibiotic discovery efforts, Kim explained, and having data on Achaogen's experience could give researchers a boost in advancing the science.

"If scientists are recreating the wheel…that's not an efficient use of resources," Kim told CIDRAP News. "However, if they can learn from the research that Achaogen has done, I think that's a great step forward."

The agreement was facilitated by CARB-X (the Combating Antibiotic Resistant Bacteria Biopharmaceutical Accelerator), which awarded Achaogen more than $3 million in July 2017 for development of its LpxC inhibitor program. The company's lead compound showed potent activity against Pseudomonas aeruginosa in pre-clinical research, but the program was discontinued in 2017 due to unexpected toxicity findings.

"Sharing our data with SPARK is part of Achaogen's ongoing commitment to address the antibiotic resistance crisis," Achaogen CEO Blake Wise said in a Pew press release. "Even though our LpxC program has ended, the data remain valuable, and we hope that our research will help SPARK users contribute to the discovery of novel antibiotics that can treat Gram-negative infections."

Ordinarily, the kind of information that Achaogen is giving to SPARK would "sit on the shelf, collecting dust," Kim said. "It's not every day in the scientific community that people are willing to share this kind of data."

Kim said the team of experts building the database has already been curating previously published data on LpxC and standardizing it. While they don't know what's in the data set that Achaogen is releasing, Kim believes it will enrich the data that are already there. "There's just a trove of information that will benefit the discovery community," he said.

The SPARK database is open to scientists from industry, academia, government, and nonprofit research groups who are working on new antibiotic development. It provides access to chemical and biological data from published and previously unpublished studies, with a focus on molecules that take new approaches to overcoming the defenses of gram-negative bacteria. According to Pew's most recent analysis of the antibiotic pipeline, only 1 of the 17 antibiotics currently in development against gram-negative pathogens represents a novel drug class.

"There was a need for this that was voiced by the scientific community," Kim said.

The hope is that SPARK will enable scientists working on antibiotic discovery to gain new insights, collaborate, and ultimately advance research on molecules capable of defeating gram-negative bacterial infections.

Kim said that Pew is now reaching out to other pharmaceutical and biotech companies to see if they would be willing to follow Achaogen's lead and share data from their own discontinued antibiotic development programs.