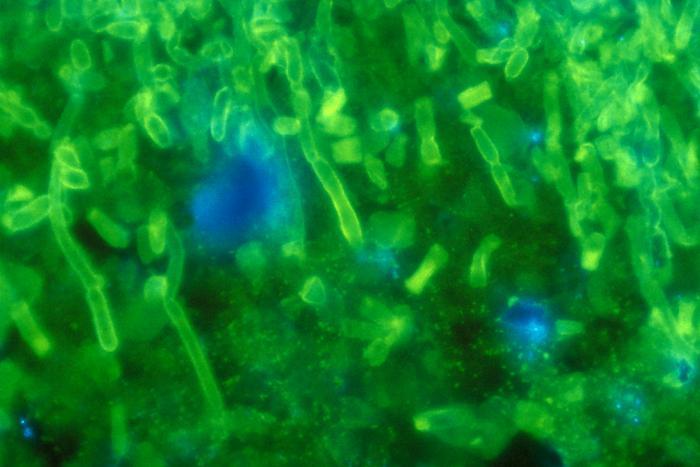 The Centers for Disease Control and Prevention (CDC) is warning US healthcare facilities about the emergence of a multidrug-resistant type of yeast that has caused deadly hospital infections in several countries since 2009 but has yet to appear in US patients.

The yeast, Candida auris, has most commonly caused healthcare-associated invasive infections such as bloodstream infections, wound infections, and otitis, and it has typically occurred several weeks into a patient's hospital stay, according to a CDC news release.

The first case was found in a Japanese patient with an ear infection in 2009, and since then C auris cases have been reported in eight other countries, with two unnamed countries reporting healthcare outbreaks involving more than 30 patients each, the agency said.

The CDC says it's aware of one isolate of C auris that was detected in the United States in 2013, but it's unclear if that isolate came from a patient.

Different from other Candida infections

"We think of Candida as something you are colonized with in your GI [gastrointestinal] tract and that you bring in to a hospital environment," Tom Chiller, MD, MPHTM, deputy chief of the Mycotic Diseases Branch at the CDC, told CIDRAP News. Patients who are very ill and at higher risk of infection, Chiller said, often "auto-infect" themselves. But in talking with officials at a hospital in Pakistan that had reported C auris infections, Chiller said it became clear that the patients had acquired the infections from the hospital environment.

"It wasn't acting as isolated infections that were going away. It was presenting itself as a cluster," Chiller said, raising questions about the nature of the infection and about infection control practices. That's when the CDC began collecting and testing isolates from doctors who had reported the infections.

Another cause for concern is that the testing of the C auris isolates demonstrated that nearly all exhibited varying levels of resistance to multiple classes of antifungal drugs—including azoles, echinocandins, and polyenes. That finding indicates that treatment options for C auris infections could be limited.

A fungus that is resistant to the three major classes of antifungal drugs "could be a real management challenge," Chiller noted.

The other challenge is that C auris is difficult to identify. The CDC said biochemical-based tests cannot differentiate between C auris and other invasive Candida infections, so the pathogen can be misidentified and potentially treated inappropriately. Originally, Chiller said, many of the infections were identified as C haemulonii before being correctly identified as C auris. Chiller said hospitals need molecular techniques to correctly identify C auris infections.

Chiller also noted that the fungal infection is emerging simultaneously on different continents. While the isolates appear to be highly related within the countries reporting infections, they are highly distinct between continents.

Preparing for US cases

Although no cases of C auris have been reported in the United States, Chiller said the CDC issued the clinical alert so that it can get out ahead of the problem should infections start popping up in US hospitals.

"These organisms, as we all know … have a tendency to ignore borders and move freely," Chiller said.

The CDC is recommending that any US healthcare facilities that suspect they have a patient with a C auris infection contact state and local public health authorities and the CDC. The agency also recommends that any suspected patients be placed in single isolation rooms.