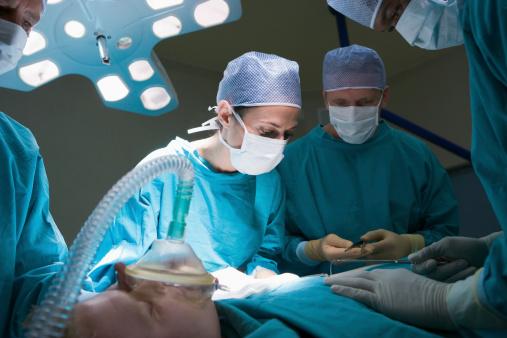 Although clear progress has been made with certain drug-resistant hospital infections, they still infect more than one in four patients in long-term acute care facilities, the US Centers for Disease Control and Prevention (CDC) said today in a new report.

The CDC is challenging clinicians and other healthcare providers to accelerate their current efforts to combat drug-resistant "superbugs."

"The good news is that we are preventing healthcare acquired infections, which has saved thousands of lives," said Patrick Conway, MD, a Medicare and Medicaid deputy administrator, in a CDC news release. "The challenge ahead is how we help to prevent antibiotic resistance as well as infections. We are using incentives, changes in care delivery, and transparency to improve safety and quality for patients."

CDC Director Tom Frieden, MD, MPH, said, "Doctors and healthcare facilities have the power to protect patients—no one should get sick while trying to get well."

The CDC, in a report in its journal Morbidity and Mortality Weekly Report (MMWR), at a news conference, and in other ways today underscored that central line-associated bloodstream infections (CLABSIs) in short-term acute care hospitals have dropped dramatically in recent years, while catheter-associated urinary tract infections (CAUTIs) have remained unchanged and surgical site infections (SSIs) are in the middle.

CLABSIs were cut in half for those receiving short-term care from 2008 to 2014, the most current year for which full data are available. SSIs were reduced 17% in the same period, while the CAUTI rate remained flat from 2009 to 2014. The CDC did note some progress with CAUTIs, however, in settings outside the intensive care unit, from 2013 to 2014, and especially in the latter half of 2014.

In long-term acute care hospitals, CLABSIs dropped 9% and CAUTIs 11%. (The change in SSIs was not reported.)

The MMWR report also examined Clostridium difficile, the bacteria responsible for most hospital infections. It caused almost 500,000 US infections in 2011, the CDC said. Progress, however, was noted, as hospital-onset C difficile infections fell 8% from 2011 to 2014.

"Antibiotic-resistant bacteria can make infections impossible to treat, especially given the extensive resistance frequently encountered in health care facilities," the authors of the report wrote.

Across all facilities, 14.9% of the 79,021 HAIs reported were associated with one of the six bacteria. The rate ranged from 12% in rehab centers to 29% in long-term acute care hospitals.

"CDC is calling on doctors, nurses, healthcare facility administrators, and state and local health departments to continue to do their part to prevent HAIs," the agency said.

The report recommends that hospital staff focus on three areas: (1) preventing bacterial spread between patients, (2) preventing surgery and catheter-related infections, and (3) judicious use of antibiotics to help prevent drug-resistant strains.

"For clinicians, prevention means isolating patients when necessary," said Clifford McDonald, MD, associate director for science at the CDC's Division of Healthcare Quality Promotion. "It also means being aware of antibiotic resistance patterns in your facilities" and following recommendations for preventing HAIs, he said.

The CDC today also released an "Antibiotic Resistance Patient Safety Atlas," which is a new web app with interactive data on HAIs that are caused by antibiotic-resistant bacteria. The app provides national, regional, and state views of superbug-drug combinations showing resistance over time.