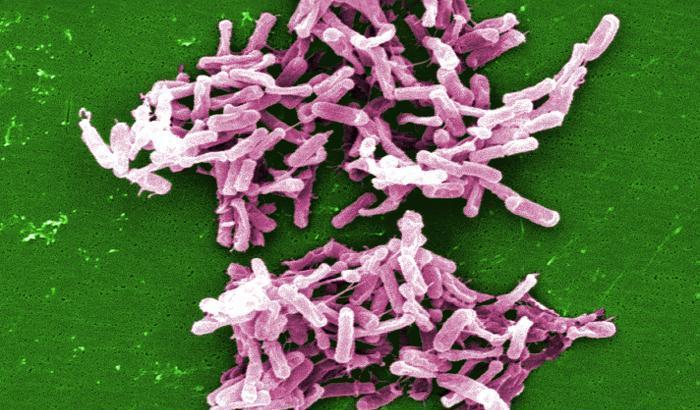 On the basis of a 2011 study, the Centers for Disease Control and Prevention (CDC) has increased its estimate of the annual burden of Clostridium difficile infections in the United States, putting it at 453,000 cases per year, with 29,300 associated deaths.

The agency, which released the findings in the New England Journal of Medicine (NEJM), said they point up the need for better antibiotic stewardship and rigorous infection control in healthcare facilities.

C diff infections occur when someone is exposed to the pathogen while receiving antibiotic treatment for some other illness. Antibiotics suppress the normal bacteria in the colon, allowing C diff to flourish, producing toxins that cause severe diarrhea. Damage to the colon can cause bacteria to leak into the bloodstream.

"Eighty percent of deaths from C difficile infections happened in people 65 and older," said Michael Bell, MD, deputy director of the Division of Healthcare Quality Promotion in the CDC's National Center for Emerging and Zoonotic Infectious Diseases, at a press conference today.

"One of nine patients over 65 with C difficile dies within 30 days of diagnosis," he added. "That's a frightening statistic."

The new C diff estimates are the product of surveillance during all of 2011 at 10 CDC Emerging Infection Program sites in 10 states, according to the NEJM report. The surveillance covered 34 counties with a total population of about 11.2 million.

The team further estimated that 29,300 patients died within 30 days of their C difficile diagnosis. On the basis of past findings, they estimated that the share of those deaths attributable to the infection was about 15,000, according to the report.

The estimate of 453,000 cases compares with previous estimates ranging from 240,000 to 333,000, though those were derived by different methods, including passive surveillance or studies limited to single states or regions, the report says. On the basis of death-certificate data, the pathogen was estimated to have caused 14,000 deaths in 2007.

Although about two thirds of cases were related to a stay in a hospital or nursing home, many patients didn't get sick until after they went home. The report says 81,000 of the 293,300 healthcare-associated cases were in that category.

While the community-associated cases involved no recent hospitalization, a previous study revealed that 82% of such patients had visited an outpatient clinic or a dentist within 3 months before their diagnosis, according to the NEJM report.

Bell stressed the need to respond to C diff by preventing needless use of antibiotics and ensuring rigorous infection control in healthcare settings.

He explained that C diff forms a durable spore that can contaminate hands and the environment. "Hand sanitizers don't kill the spores, so you have to thoroughly wash your hands to remove them," he said. "There's no room for error."

Citing CDC efforts to control C diff, he said that hospitals have been required to report infection rates since 2013, adding, "So far we've seen at least a 10% reduction in infections since 2011."

In a press release, the CDC said recent studies have linked restraint in antibiotic prescribing to lower C diff levels, with one showing that a 30% cut in the use of antibiotics linked to C diff in hospitals reduced cases by more than 25% in hospitalized and recently discharged patients.

But Bell said better antibiotic stewardship and infection will not eliminate all C diff cases, and therefore further research is needed. He said studies need to target a better understanding of normal gut bacteria, ways to improve cleaning of healthcare environments, how the pathogen spreads in the community, and better diagnostic methods.

In response to questions at the press conference, the CDC's L. Clifford McDonald, MD, said the main thing that patients can do to protect themselves from a C diff recurrence is to avoid taking any antibiotic without a prescription and to make sure their doctor knows they've had the illness. McDonald is the senior author of the NEJM study.

While many probiotics are now marketed as nutrition supplements, he added, none of them have a Food and Drug Administration indication for preventing C diff. "Most of them will be safe, but we can't at this time give a clear recommendation on which one to take and how to take it," he said.

"We know that dietary diversity probably helps with a diverse microbiome. But the big thing is to avoid unnecessary antibiotics," McDonald added.