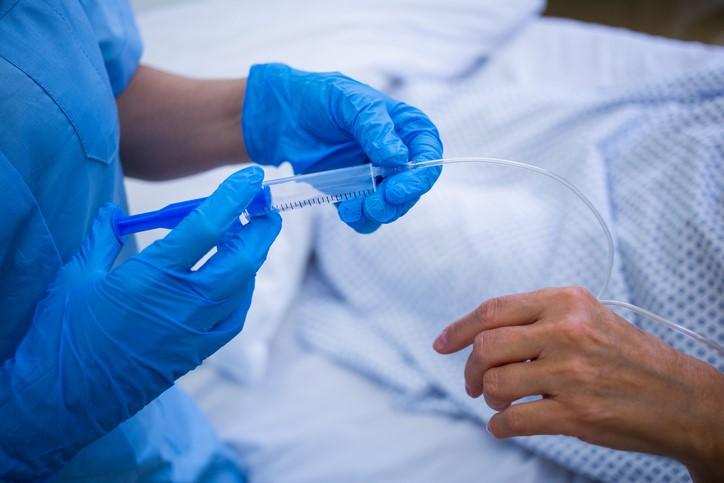 The results of a large, international randomized trial indicate that the use of a combination therapy being investigated as a potential alternative to carbapenem antibiotics should be avoided in patients with certain multidrug-resistant bloodstream infections (BSIs), because of increased risk of mortality.

The findings of the MERINO Trial, presented this week at the 28th annual European Congress of Clinical Microbiology and Infectious Disease (ECCMID), showed that the combination antibiotic piperacillin/tazobactam is inferior to meropenem for treating BSIs caused by third-generation cephalosporin-resistant Escherichia coli or Klebsiella pneumoniae. The number of patients on piperacillin/tazobactam who died at the 30-day mark was more than three times the number who died in the meropenem arm.

The presenting author of the study called the results disappointing.

A search for carbapenem-sparing alternatives

Piperacillin/tazobactam is a combination of a beta-lactam antibiotic and a beta-lactamase inhibitor used for treating serious infections caused by several species of gram-positive and gram-negative bacteria, including those that produce extended-spectrum beta-lactamases (ESBLs). It's also among a handful of beta-lactam/beta-lactamase inhibitors being considered as alternatives to carbapenems for infections caused by ESBL Enterobacteriaceae, which have become increasingly prevalent pathogens in hospitals in recent years and have limited treatment options.

While carbapenems are currently the best treatment option for these pathogens, the concern is that their overuse increases selection pressure for carbapenem resistance, potentially endangering one of the most important antibiotics remaining for multidrug-resistant infections. The question has been whether piperacillin/tazobactam can be as effective as carbapenems for treatment of infections caused by ESBL Enterobacteriaceae, which have shown susceptibility to the drug in lab tests.

In the MERINO Trial, an international team of investigators led by Patrick Harris, MBBS, PhD, of the University of Queensland set out to answer that question. Since 2014, they've been enrolling participants in the trial to determine whether piperacillin/tazobactam is non-inferior to meropenem for patients with BSIs caused by ESBL-producing E coli and K pneumoniae that are non-susceptible to third-generation cephalosporins. These infections are associated with high morbidity and high mortality.

"The idea was can we use this alternative drug as another option, instead of using carbapenems all the time?" Harris said in an ECCMID video interview posted on YouTube.

The primary outcome of the trial was all-cause mortality at 30 days post-randomization, with a non-inferiority margin of 5%. Secondary outcomes included days to clinical and microbiological resolution and relapsed BSI and secondary infection with a piperacillin/tazobactam-resistant or meropenem-resistant organism or Clostridium difficile.

Harris explained that they chose 30-day mortality as the primary outcome because that is the ultimate outcome that physicians care about. "If you have a severe infection, you can measure all kinds of surrogate markers, but ultimately you want to know 'are you going to survive, or are you going to die?'" he said.

The results showed that 12.3% (23/187) of the patients randomized to piperacillin/tazobactam died at 30 days, compared to 3.7% (7/191) of the patients randomized to meropenem. Analysis of the per-protocol population and patient sub-groups showed similar outcomes, with 30-day mortality significantly higher in the patients treated with piperacillin/tazobactam. There were no significant differences in subsequent infection with resistant gram-negative organisms or C difficile between treatment arms.

"The use of piperacillin-tazobactam as definitive therapy for bloodstream infections caused by E. coli or K. pneumoniae with non-susceptibility to third-generation cephalosporins was inferior to meropenem and should be avoided in this context," Harris and his colleagues concluded.

The mortality risk associated piperacillin/tazobactam was so significant that the trial had to be stopped early.

Harris said the outcome was disappointing, since he and his colleagues were hoping that piperacillin/tazobactam would prove a suitable alternative to meropenem. But he added that the results highlight the importance of doing these type of randomized trials.

"We really need to try hard to seek these carbapenem-sparing alternatives, but test them in a very rigorous way, so that we don't fool ourselves by relying on data that can be biased or unreliable," he said.