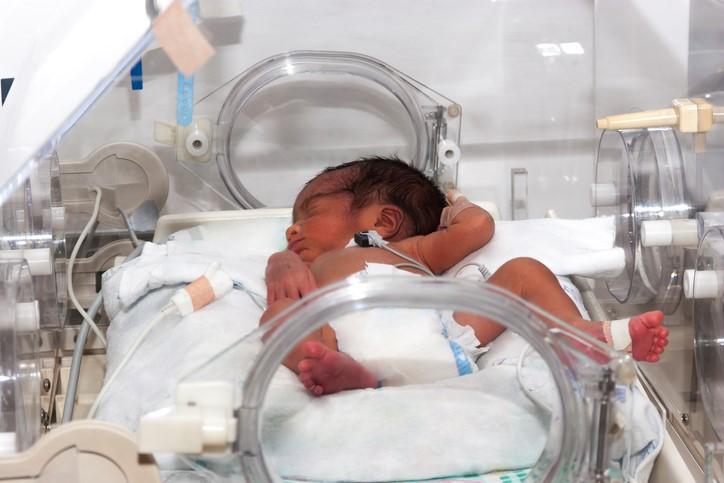 A new analysis has found that almost 80% of premature infants are exposed to early antibiotic treatment, with little change in antibiotic exposure over recent years.

But recent research has highlighted potential risks associated with prolonged antibiotic treatment in premature infants without culture-confirmed infection, including increased mortality. And the researchers who conducted today's study argue that the overall rate of antibiotic initiation observed was much higher than the actual incidence of infection in premature infants.

The study was published in JAMA Network Open.

Most low-birth-weight infants get antibiotics

Overall, the researchers identified 40,364 VLBW infants who survived for at least 1 day, including 12,947 ELBW infants. Among these premature infants, the vast majority (78.6% of VLBW and 87% of ELBW infants) received early antibiotic treatment, and rates of initiation of early treatment didn't change over time in either group (P = .12 for VLBW and P = .52 for ELBW).

The researchers were not able to discern how ill the infants in the study were, and could not identify those with culture-confirmed bacterial infections. But they say the high rates of antibiotic treatment observed in this study, and the wide variation in prolonged treatment among hospitals, reflect the clinical instability of premature newborns and the uncertainty among neonatal clinicians about which premature newborns absolutely need antibiotics.

Matthew Bizzarro, MD, a professor of pediatrics at Yale University School of Medicine and director of the NICU at Yale-New Haven Children's Hospital, says the data from this study indicate that clinicians struggle to identify the premature infants who are most at risk of infection.

In an accompanying commentary, he notes that while culture-proven EOS occurs in roughly 1 in 90 VLBW infants and 1 in 40 ELBW infants, the researchers found that 1 in 4 VLBW and 1 in 3 ELBW were receiving prolonged antibiotic treatment. He cites other studies showing that even among premature infants with low risk for EOS, antibiotic treatment remains high.

"These data illustrate some of the barriers faced by NICU medical professionals when attempting to asses risk for EOS among premature infants," he writes. Among those barriers are guidelines that recommend empiric antibiotic treatment for all critically ill infants, regardless of gestational age and risk factors.

"It therefore seems apparent that a modified approach to risk assessment and early antibiotic prescription in premature infants is needed, but how best to proceed remains a challenge," he adds.

One option is a multivariable prediction model for estimating EOS, based on the newborn's clinical status and objective data available at birth—including gestational age, highest maternal antepartum temperature, and carriage of group B Streptococcus. A 2017 study in JAMA Pediatrics found that when this risk calculator was used in late preterm and term infants, the proportion of newborns undergoing laboratory testing and receiving empirical antibiotic treatment was reduced, without apparent adverse effects.

Bizzarro suggests use of a similar tool in premature infants could assist in identifying the VLBW infants who are at low risk for EOS and potentially reduce their antibiotic exposure.