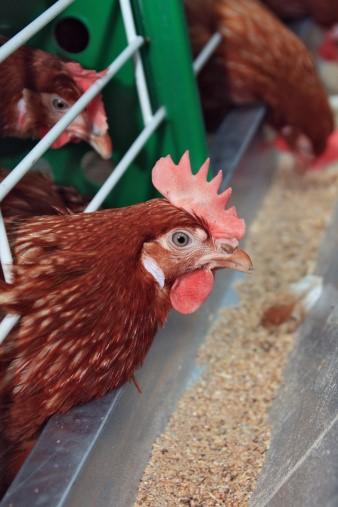 Analysis of zoonotic and indicator bacteria by the European Food Safety Authority (EFSA) and the European Centre for Disease Prevention and Control (ECDC) found that resistance to the critically important antibiotic ciprofloxacin is common in certain species of Salmonella isolated from people, while resistance to ciprofloxacin ranged from high to very high in Campylobacter recovered from people, food-producing animals, and poultry meat. Those findings continue trends observed in previous surveillance reports.

The data, submitted by 28 EU member states from routine surveillance monitoring conducted in 2017 and 2018, also show that more than 28% of Salmonella isolates from human infections are multidrug-resistant.

Salmonella and Campylobacter are two of the leading bacterial causes of foodborne disease in people. While most cases of salmonellosis and campyblobacteriosis don't require antibiotics, ciprofloxacin, a fluoroquinolone antibiotic, is commonly used to treat more severe infections.

In Salmonella obtained from humans, the overall proportion of isolates resistant to ciprofloxacin was 12.5%, with extremely high proportions of resistance found in specific Salmonella serovars, including Salmonella Kentucky (87.5%). Resistance to high concentrations of ciprofloxacin in certain types of Salmonella rose from 1.7% in 2016 to 4.6% in 2018.

As in previous years, high proportions of human Salmonella isolates were also resistant to sulfonamides (30.5%), tetracyclines (28.8%), and ampicillin (25.9%)—antibiotics that are commonly used in food-animal production. Resistance to these antibiotics was particularly high in Salmonella serovars commonly found in pigs.

"Finding carbapenem resistance in foodborne bacteria in the EU is a concern," ECDC Chief Scientist Mike Catchpole, PhD, said in a press release.

Among the encouraging findings from the report are decreasing trends in the detection of extended-spectrum beta-lactamase (ESBL) or AmpC-producing E coli in food-producing animals in 12 countries from 2015 through 2018, an important finding given the ability of ESBL/AmpC-producing E coli to cause severe, multidrug-resistant infections people. In addition, increasing trends in susceptibility to all antibiotics in E coli from food-producing animals was observed in 6 countries.

EFSA officials say these findings indicate that some countries are seeing success in efforts to reduce antibiotic resistance in food-animal production.

"The positive findings in food-producing animals are encouraging because they are a sign of improvement," EFSA Chief Scientist Marta Hugas, PhD, said. "However, we need to further investigate the reasons behind this change."