EU report: Animal use of medically important antibiotics up 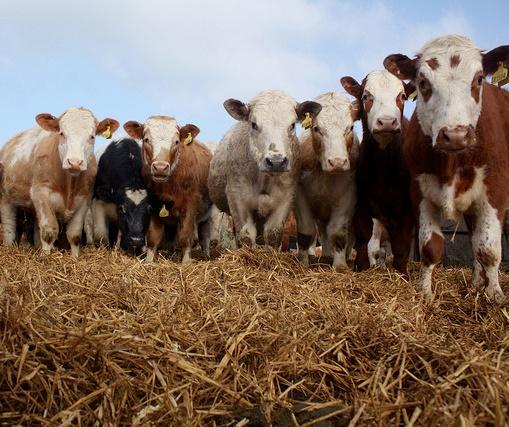 New data on sales of veterinary antibiotics in Europe show a small drop in overall sales but a worrisome increase in the use of medically important antibiotics.

The data from the European Medicines Agency (EMA) show that, from 2011 to 2014, an overall 2.4% fall in total sales of veterinary antibiotics and a 2.9% reduction in the volume of tons sold was observed in 25 countries reporting to the European Surveillance of Veterinary Antibiotic Consumption. The report suggests implementation of responsible-use campaigns, restrictions on antibiotic use, and greater awareness of the threat of antimicrobial resistance could explain the decline in veterinary antibiotic use observed in some countries.

"Despite low overall decrease in sales of veterinary antimicrobial products, data demonstrate that actions taken in the fight against antimicrobial resistance by the Member States are making a difference," the EMA said in a press release.

The authors of the report note that if they did not include Spain, which is known to be one of the leading consumers of veterinary antibiotics in Europe, the data would show an overall drop of 12%.

Use of 'critically important' antibiotics rises

The report also showed, however, that use of certain antibiotics deemed "critically important" for human medicine by the World Health Organization (WHO) increased sharply from 2013 to 2014.

While veterinary use of third- and fourth-generation cephalosporins remained relatively stable, the tonnage of fluoroquinolones, macrolides, and polymyxins sold for use in food-producing animals rose significantly—14%, 13%, and 19%, respectively.

Increased veterinary use of these critical antibiotics is a concern because it contributes to rising antibiotic resistance in drugs used to fight a wide range of bacterial infections, some of which are life-threatening. Of particular concern is the use of the polymyxin antibiotic colistin, which is considered an antibiotic of last resort in human medicine. Colistin was the only polymyxin sold in Europe in 2014, and in 2013 it represented more than 99% of total polymyxin sales.

Increasing colistin resistance has become an issue since researchers in China discovered the MCR-1 gene in Escherichia coli bacteria found in pigs, pork products, and humans.

The highly mobile gene, which confers resistance to colistin and can easily spread to other types of bacteria, is believed to be associated with intensive use of colistin in Chinese agriculture. It has since been detected in more than 30 countries. Public health officials worry that if the MCR-1 gene latches on to bacteria that are already resistant to multiple antibiotics, untreatable infections could emerge.

But the EMA data are also raising concerns that antibiotic use in food-producing animals in Europe—where the use of antibiotics for growth promotion has been banned for several years—isn't declining enough. The Alliance to Save Our Antibiotics, a collection of European health and environmental organizations, points out that use of antibiotics in Europe remains more than twice as high in animals as is in humans.

"The shocking overuse of farm antibiotics shown by these data is a result of the continued failure by most countries to ban routine preventative mass medication in intensive farming," Coilin Nunan, the group's scientific advisor, said in a press release. "The increased use of last-resort and critically important antibiotics is particularly alarming."

Nunan lays the blame on the widespread use of antibiotics in animal feed or drinking water for routine disease prevention in pigs and poultry. His group, along with others, has called on the European Union to ban such use. The Natural Resources Defense Council has taken a similar position on veterinary antibiotic use in the United States, arguing that the Food and Drug Administration shouldn't allow certain medically important antibiotics to be used in disease prevention in animals.

Oct 17 Alliance to Save Our Antibiotics press release