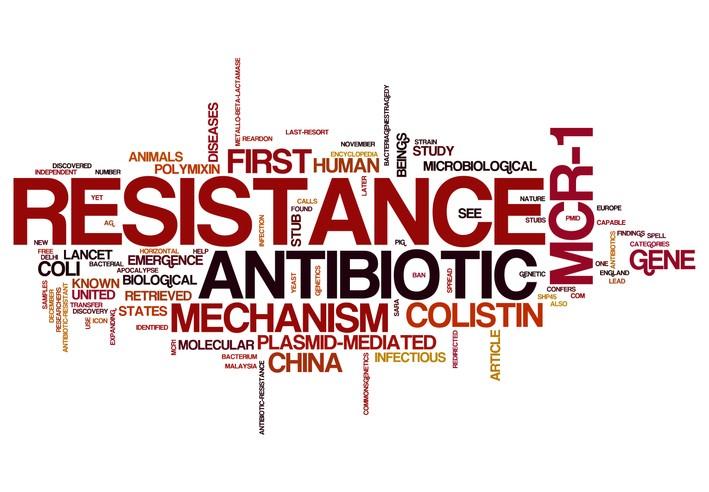 A new report suggests clinicians, public health professionals, and journalists need to rethink the way they talk about antimicrobial resistance to increase public understanding and engagement and promote action by policy makers.

The report, released today by UK-based philanthropy organization the Wellcome Trust, concludes that while antibiotic resistance has gained political traction in recent years, few concrete steps have been taken, in part because the public is not championing the issue and forcing governments to act. And one of the reasons for the lack of public engagement is that stakeholders haven't effectively communicated the dangers of antimicrobial resistance in a way that makes sense or conveys the urgency of the problem.

"The public do not see the true scale and severity of antimicrobial resistance, and therefore it is not an issue the public is calling for political action on," the authors of the report write.

The problems? Too much technical jargon, too many ways of describing the impact of antibiotic resistance, disjointed media coverage, and a social media conversation that's dominated by technical experts. The messengers, the report concludes, need to reframe how the public views antimicrobial resistance by adopting a more universal, concise, and coherent approach that emphasizes the immediacy of the problem.

The report, which is based on interviews with stakeholders, analysis of social media, and focus groups held in seven countries (United Kingdom, United States, Germany, Japan, India, Thailand, and Kenya), found that the terminology used by experts and the media significantly contributes to low understanding of antimicrobial resistance. Multiple terms are used, and they are often used interchangeably. Some, like antimicrobial resistance, are seen as too technical and do not resonate. On the other hand, the public doesn't always connect the term "superbug" with drug resistance.

As a result, people don't always recognize that all these terms refer to one issue. In addition, many remain confused on what "resistance" even refers to, leading some people to believe that individuals, rather than bacteria, have developed resistance to antibiotics.

Similarly, the multiple frames used to convey the potential impact of antimicrobial resistance complicate what is already a complex issue. Some media messages promote the idea that we are nearing an antibiotic "apocalypse" that will affect the entire planet; others emphasize the impact on vulnerable populations. Some public campaigns urge people not to use antibiotics irrationally, while others advocate against the overuse of antibiotics in food-animal production. In addition, there have been various predictions on how antimicrobial resistance will affect mortality, the economy, and the environment.

These messages aren't wrong, the authors of the report argue—just too numerous. And multiple messages using different terminologies are leaving many people confused and unsure how the problem affects them.

"The net result is that the public are likely to hear or see a range of different framings of antimicrobial resistance and its impact from different sources—such as the media, public health authorities and healthcare professionals," they write. "In this context, it is not surprising that there is low understanding of the issue and widespread misconceptions, with people often not knowing what antimicrobial resistance is or believing that people rather than microbes build up resistance."

The report also found that media coverage is often dominated by stories about specific outbreaks of drug-resistant infections, which makes it difficult for the public to see these stories as all part of one issue. For example, people might not connect stories about Candida auris with stories about drug-resistant gonorrhea or methicillin-resistant Staphylococcus aureus. And on social media, the overall conversation on antimicrobial resistance is low compared to an issue like climate change and is dominated by specialists with whom non-experts might be unlikely to engage.

To address these issues, Wellcome Trust recommends five principles to improve communication about antimicrobial resistance. The first is that antimicrobial resistance should be framed as a problem that undermines modern medicine—a cross-cutting threat that isn't just one of several important health issues, but one that could return society to a time when common infections kill and routine surgeries can no longer be performed.

Among messages tested with the focus groups, the authors write, "The core idea of treatable infections and injuries killing once again was compelling. This concept helped people understand the need for action on this issue."

The second principle is that the fundamentals of antimicrobial resistance should be explained succinctly, using non-technical terms. The public should understand that bacteria, not individuals, develop resistance, and that human overuse of antibiotics is playing a part in accelerating the problem. While an optimal name for antimicrobial resistance did not emerge from the focus groups, the authors recommend using the term "drug-resistant infections," noting that "infection" indicates a concrete health threat.

The third principle is to emphasize that drug-resistant infections are a universal issue that affects everyone, not just certain populations. Making antimicrobial resistance a personal issue, the report argues, increases the sense of personal jeopardy and enhances the idea that it needs to be addressed. Personal stories of people affected by drug-resistant infections should be highlighted.

Principle four is that communicators should focus on the here and now, rather than on projections of what will happen in the next 20 to 30 years, which can lull people into thinking that immediate action isn't necessary. "We need to make it clear that antimicrobial resistance is currently having a significant impact—and that this impact will become increasingly severe (if action is not taken)," the authors write.

The fifth principle urges stakeholders to frame the problem as solvable and include clear, specific calls to action, which will be different depending on the audience.

"Positioning the problem as solvable encourages engagement with the issue and gives cause for optimism," the report concludes. "This prevents antimicrobial resistance from appearing to be an intractable problem—which can often lead to people disengaging or dismissing an issue."

Helen Boucher, MD, director of the Tufts Center for Integrated Management of Antibiotic Resistance and a member of the Presidential Advisory Council on Combating Antibiotic-Resistant Bacteria, acknowledges that while it is challenging issue to explain to the public, stakeholders haven't done a great job of communicating the immediacy and severity of antimicrobial resistance.

"I think it's fair to say that we haven't done as good a job as we should have of crafting the message," Boucher said.

She also agrees that emphasizing that the crisis is here—rather than off in the future—and that it compromises medical care as we know it are strategies that will connect with the public.

"We've reached the point now where we're having to deny care to people that we otherwise would not, because they have infections that we can't control," she said. "And that's a message that I think resonates with people. I've personally seen that message get through to people in very difficult situations."

On the issue of universality, Boucher said one the messages she now tries to emphasize when speaking about antimicrobial resistance is that, in 2019, we all know somebody, love somebody, or are related to somebody who's been affected by a drug-resistant infection. "It's everybody's problem," she said.

Boucher added that she believes the message on antimicrobial resistance should be pitched to young people, in much the same way recycling campaigns have been aimed at school children, and that education has to continue all along the educational continuum to increase the public's understanding.

In a foreword the report, Wellcome Trust Director Jeremy Farrar, MD, PhD, says he's committed to applying the findings to his own communication about antimicrobial resistance.

"I wish the facts simply spoke for themselves, but the evidence is clear—they don't," Farrar writes. "As a community, we have to carefully choose the words we use to explain and advocate on this vital issue or risk it being put on the list of issues too hard to understand or solve."