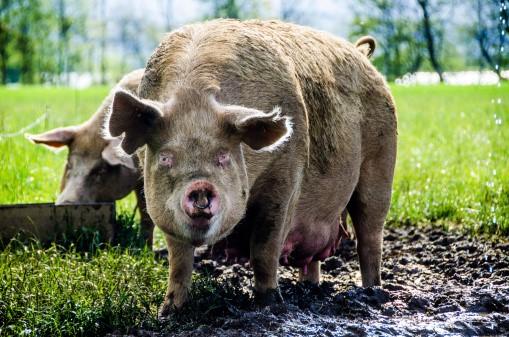 The comments were made at a high-level meeting on antimicrobial resistance (AMR) held in France, where representatives of the FAO, the World Health Organization (WHO), and the World Organization for Animal Health (OIE) gathered to discuss joint efforts to combat health threats associated with interactions among humans, animals, and the environment. The organizations agreed to step up those efforts, particularly measures aimed at tackling AMR.

"FAO advocates that antibiotics and other antimicrobials should be only used to cure diseases and alleviate unnecessary suffering," Graziano do Silva said in a statement. "Only under strict circumstances they should be used to prevent an imminent threat of infection."

Graziano da Silva's comments illustrate an increasing focus among global health officials on reducing the use of antibiotics in food-producing animals. In November 2017, the WHO issued guidelines recommending that farmers stop using medically important antibiotics for growth promotion and disease prevention in healthy animals, citing the need to preserve the effectiveness of those drugs. Many infectious disease and public health experts believe the widespread use of medically important antibiotics in food production is contributing to the emergence and spread of antibiotic-resistant pathogens.

The United States and the European Union no longer allow the use of medically important antibiotics for growth promotion in livestock and poultry, but use of these drugs for routine disease prevention in herds and flocks remains common on European and American farms. And in many low- and middle-income countries, there are no regulations on antibiotics in the animal sector.

The WHO estimates that antibiotics purchased for use in food-producing animals account for up to 80% of all antibiotics sold in some countries.

Graziano da Silva also noted that only 89 countries have indicated they have a system in place to track the use of antibiotics in farm animals. An AMR action plan released by the FAO in 2016 seeks to develop capacity for surveillance and monitoring of antibiotic use in food and agriculture and improve awareness of AMR among farmers, veterinarians, consumers, and policymakers.

In a Memorandum of Understanding signed today at the meeting, the FAO, WHO, and OIE also agreed to strengthen their longstanding collaboration on AMR and focus on improving disease forecasting capabilities to improve responses to emerging and endemic zoonotic diseases.

Under the new agreement, the three agencies will continue working together to help countries implement the Global Action Plan on AMR, which was endorsed by the World Health Assembly in 2015. The plan calls for individual countries to create multi-sectoral action plans to raise awareness of AMR, increase surveillance of drug-resistant organisms, and promote antimicrobial stewardship in human and animal health.

The agencies also agreed to support the Interagency Coordination Group on AMR, a body formed to provide guidance to nations and ensure sustained global action on AMR.

Graziano da Silva pointed to Ghana's recent launch of an AMR policy and national action plan as an example of the three agencies working together successfully. The FAO, WHO, and OIE are also helping Cambodia boost its surveillance capacity and working with the government of Vietnam to incorporate antimicrobial stewardship into national law.

Other joint activities agreed to include improving inter-agency collaboration on risk assessment, preparedness, and response to emerging, re-emerging, and neglected zoonotic diseases; developing a common understanding of the highest-priority zoonotic diseases and how to prevent, detect, and control them; and reinforcing national and regional human health, animal health, and food safety services.

The FAO estimates that over 60% of existing and emerging pathogens affecting humans originate in animals.