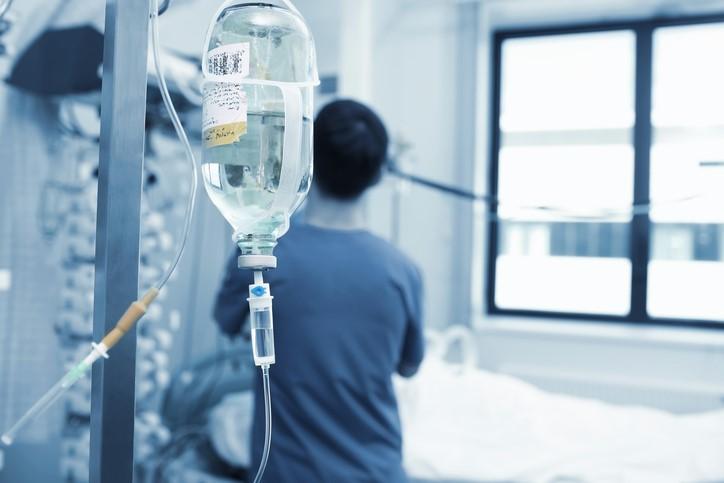 The results from a phase 2 clinical trial suggest that a new treatment for patients with complicated urinary tract infections (cUTIs) caused by multidrug-resistant (MDR) pathogens could be on the horizon.

The trial results, published yesterday in The Lancet Infectious Diseases, showed that the investigational antibiotic cefiderocol was non-inferior to the standard-of-care treatment, imipenem-cilastatin, in patients hospitalized with cUTIs. And while the trial wasn't designed to show superiority, a post-hoc analysis found that cefiderocol was superior to imipenem-cilastatin because of a higher level of pathogen eradication.

Although cefiderocol—a cephalosporin—is not a new class of antibiotic, it has a novel method of penetrating the tough outer membrane of gram-negative bacteria, including MDR strains. Attached to the drug's main molecule is a siderophore, a compound secreted by bacteria to seek out iron—which bacteria need for survival—and transport it across cell membranes. This "Trojan horse" strategy enables cefiderocol to get inside gram-negative bacterial pathogens and kill them from the inside. In addition, cefiderocol is able overcome two other defenses that gram-negatives have against antibiotics: efflux pumps and beta-lactamase enzymes.

With this combination of attributes, the drug has shown potent activity against MDR and extensively drug-resistant bacteria, including Acinetobacter baumannii and Pseudomonas aeruginosa, in lab experiments and animal infection models. These are the type of life-threatening pathogens that the World Health Organization and the US Food and Drug Administration (FDA) have deemed a high priority for antibiotic development.

The phase 2 trial, designed under the FDA's streamlined process for fast-tracking much-needed antibiotics, was a pivotal test of cefiderocol's efficacy and safety in people. And it appears to have passed with flying colors.

"This trial is important, as it demonstrates very good efficacy of the antibiotic and gives some reassurance of its safety," study author Simon Portsmouth, MD, lead medical director at drug maker Shionogi, told CIDRAP News. "The utility of the drug in very resistant bacteria has been shown in laboratory experiments, so showing this very powerful effect in humans with serious infection is very encouraging."

The multicenter, double-blind trial, which was funded by Shionogi, involved 448 patients admitted to 67 hospitals in 15 countries with a clinical diagnosis of cUTI or uncomplicated pyelonephritis (inflammation of the kidney). Under the FDA's standard drug-approval process, a new drug might require two clinical trials with a much larger group of patients. But the streamlined process, which aims to expedite approval for new antibiotics that meet an unmet patient need, reduces the amount of clinical evidence required, instead relying on preclinical evidence of efficacy.

The study population was also different from most cUTI studies, featuring a patient population that was older, had a higher number of comorbidities, and had more MDR pathogens. "This antibiotic will be used for serious multidrug-resistant infections in patients hospitalized and often with underlying diseases," Portsmouth said. "We wanted to test the antibiotic in a complicated patient population with comorbidities to both show it is effective in this population but also to assess the safety compared with standard-of-care antibiotics."

Of the 448 patients who received treatment, 300 were randomly assigned to receive 2 grams of intravenous cefiderocol three times daily and 148 received 1 gram of intravenous imipenem-cilastatin three times daily. The primary efficacy endpoint was the composite of clinical and microbiological outcomes at test of cure (7 days after treatment cessation), with non-inferiority margins of 15% and 20%.

Overall efficacy was measured in 371 patients (252 in the cefiderocol group and 119 in the imipenem-cilastatin group) who tested positive for gram-negative uropathogens. The majority of patients had Escherichia coli, Klebsiella pneumoniae, and Pseudomonas aeruginosa infections, which exhibited varying levels of resistance to multiple antibiotics.

The difference in the composite outcome and microbiological response rate was consistent across sub-groups of patients, and cefiderocol also showed better microbiological efficacy in patients with the most prevalent pathogens—E coli and K pneumoniae.

"The magnitude of the observed treatment differences is considered clinically important and the consistency of the primary endpoint results among different efficacy populations and within predefined subgroups also supported the conclusion of non-inferiority, and superiority in the post-hoc analysis," Portsmouth and his colleagues write in the study.

Cefiderocol was also well-tolerated; adverse events occurred in 122 of 300 cefiderocol patients (41%) compared with 76 of 148 patients (51%) treated with imipenem-cilastatin. Gastrointestinal disorders were the most common adverse events in both groups.

Even though the phase 3 trials are ongoing, Portsmouth and his colleagues conclude in the study that the results from the phase 2 trial are enough to submit a New Drug Application to the FDA for approval of cefiderocol in cUTI patients.

A welcome advance, but questions remain

Stanley Deresinski, MD, an infectious disease expert and clinical professor of medicine at Stanford University School of Medicine, said the results suggest cefiderocol has a great deal of promise.

"People have been working on drugs of this nature (siderophore cephalosporins) for a decade or more, and this is the first one of these to get this far along," said Deresinski, who was not involved in the study. "I think it's going to be an advance."

In a commentary that accompanies the study, however, Angela Huttner, MD, an infectious disease physician at Geneva University Hospitals, cautions that the expedited process for approval means that there will be some unanswered questions about the drug. Among those questions are whether the clinical impact lasts beyond 7 days, and how quickly resistance emerges.

"Cefiderocol remains on the fast track to approval," Huttner writes. "This is welcome news, as long as those in post-market clinical medicine understand the deal we have made: it will fall to us to continue the drug's clinical development, while managing its appropriate use and conservation, and thus take its true measure."

Deresinski agrees. "When you approve drugs based on a relatively small number of patients, it is highly likely down the road that you will find unexpected effects, including adverse effects you can't detect in smaller studies" he said.

Deresinski said cefiderocol (if approved) and other antibiotics for MDR infections that have been approved under the FDA's fast-track process, such as eravacycline and plazomicin, will likely require further research for clinicians to understand their true role in clinical settings.