FDA reports another rise in antibiotic sales for livestock 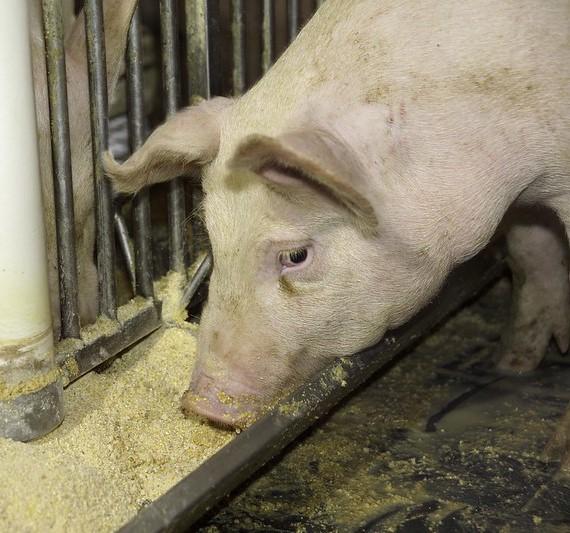 For the second straight year, the Food and Drug Administration (FDA) is reporting an increase in the amount of medically important antibiotics sold for use in food-producing animals in the United States.

The increases follow 3 years of declining sales of antibiotics for use in livestock. And the FDA notes that, since 2015, when US sales of medically important antibiotics for livestock peaked, there has been an overall 36% decline.

The FDA says the decline shows that efforts to support more appropriate use of antibiotics in food-animal production, including rules implemented in 2017 that banned the use of medically important antibiotics for growth promotion and required veterinary oversight for using antibiotics in water and feed, are having an impact. They also argue that some rebound in antibiotic sales was to be expected once producers adjusted to the new rules.

But advocates for more appropriate antibiotic use in food-producing animals say rising sales numbers over the past 2 years indicate the agency needs to do more to protect medically important antibiotics, which are becoming less effective as antibiotic resistance rises.

"It is appalling to see medically important antibiotic sales rise for the second year in a row," David Wallinga, MD, senior health advisor at the Natural Resources Defense Council (NRDC), said in a statement. "Clearly, not enough is being done to protect the nation from a future pandemic. The next administration must act with the urgency that this public health threat demands."

Antibiotics sales and distribution figure don't necessarily reflect how antibiotics are actually used on farms, but since the FDA doesn't collect such data, they provide the best estimate currently available.

The continuing decline in chicken antibiotic sales—a 62% reduction since 2016—likely reflects an ongoing consumer-driven movement that has transformed how poultry producers raise chickens. Over the past few years, several major fast-food chains and large poultry producers have committed to phasing out medically important antibiotics in poultry production in reaction to consumer demand for antibiotic-free chicken.

That movement has been slower to take hold in the beef and pork industries. Although antibiotic sales for cattle have fallen by 30% since 2016, an NRDC report this summer found that, on a weight-adjusted basis, US cattle producers still use antibiotics three to six times more intensively than many of their European counterparts.

Veterinary and public health consultant Gail Hansen, DVM, MPH, noted that even though the US swine population increased by 3% to 4%, the 9% increase in antibiotic sales indicate that swine antibiotic sales are "heading in the wrong direction."

"I think this shows that the chicken industry continues to improve their antibiotic stewardship, while the beef and pork industries continue to lag behind," said Matt Wellington, public health campaigns director for US Public Interest Research Groups (US PIRG). "That's the story that this tells."

Antibiotic use in animals has become an increasingly significant concern with the emergence of antibiotic resistance as a major public health threat. A recent analysis by NRDC, conducted with the Center for Disease Dynamics, Economics & Policy, estimated that 65% of medically important antibiotics sold in the United States are being used in food-producing species, compared with 35% in humans.

The FDA points out that this is because there are many more animals in the country than humans. But concerns about overuse have resulted in the agency imposing some restrictions on how meat producers can use medically important antibiotics. Critics say the agency hasn't gone far enough.

While US meat producers are no longer allowed to use antibiotics to promote animal growth, they can still use them to prevent bacterial diseases in flocks and herds, a practice the World Health Organization has called on countries to end in order to prevent the emergence of antibiotic resistance. The FDA, however, still allows for preventive use of antibiotics in food-producing animals, and considers the practice appropriate and necessary for maintaining the health of herds and flocks.

Wellington and others say much of this preventive antibiotic use, particularly in beef and pork production, is to compensate for poor nutrition and unsanitary and stressful living conditions that contribute to disease.

"Producers, rather than changing those practices and mitigating the disease risk naturally, use antibiotics preventatively, so we know that that's a significant driver of antibiotic use," Wellington said. "It contributes to this slow-burning pandemic…of antibiotic resistance."

Hansen and Wallinga say the report is another indication that the FDA needs to start setting goals for reduced antibiotic use in meat production.

"It is past time for the US to set target goals to reduce antibiotic use in food animals, as has been done in several other countries," Hansen said.

One of those countries is the United Kingdom, where recently released targets for responsible antibiotic use in farm animals called for a 30% decrease in antibiotic use in pigs, a 15% reduction in dairy herds, and a 25% reduction in calf-rearing units by 2024. The UK's Responsible Use of Medicines in Agriculture Alliance, which developed the targets, says the original targets it set in 2017 have helped UK farmers significantly reduce the amount of antibiotics they use in their animals.

Wallinga is calling on the FDA to set a national goal of reducing medically important antibiotic use in US livestock production by 50% by the end of 2023, relative to a 2009 baseline.

Wellington says another way for the FDA to cut antibiotic use significantly in food animals would be to impose duration limits on their use. He noted that roughly one third of all medically important antibiotics used in livestock have no duration limit, which means farmers can use those antibiotics indefinitely at sub-therapeutic doses.

The FDA said in its 5-year action plan, released in 2018, that establishing appropriate duration limits would be one of its priorities, but it has not yet addressed the issue.

"That's the first thing I'd want to see the FDA do, is actually deliver on that goal and set duration limits for all medically important antibiotics," Wellington said.