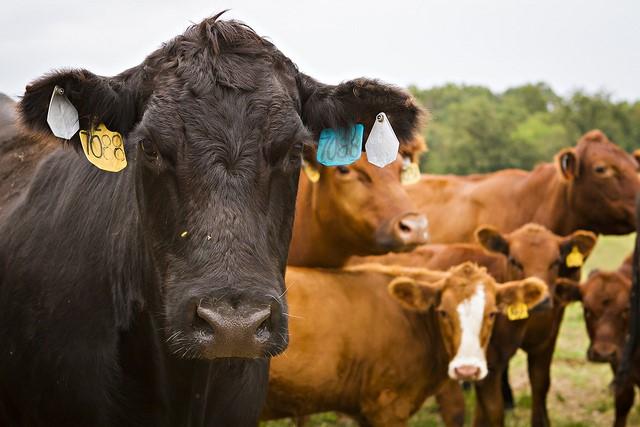 New data released yesterday by the US Food and Drug Administration (FDA) show that the amount of medically important antibiotics sold for use in food-producing animals in the United States is on the decline.

The FDA report shows that domestic sales and distribution of medically important antibiotics for use in livestock decreased by 33% from 2016 through 2017, and by 43% since sales peaked in 2015. Since 2009, the first year the FDA started collecting and reporting the data, sales have declined by 28%. The totals represent only sales and distribution data and don't reflect how the drugs were used in animals.

The 2017 summary report is the first issued since the FDA's new rules on the use of medically important antibiotics in food-animal production were fully implemented. Under Guidance for Industry (GFI) #213, which went into effect Jan 1, 2017, antibiotics that are important for human medicine can no longer be used for growth promotion or feed efficiency in cows, pigs, chickens, turkeys, and other food animals.

In addition, 95% of the medically important antibiotics used in animal water and feed for therapeutic purposes now require veterinary oversight and can no longer be purchased over the counter.

"These reductions are an indication that our ongoing efforts to support antimicrobial stewardship are having a significant impact," Gottlieb said in a statement.

Use declines in all animals

There was also a decrease in most of the medically important drug classes sold for use in food-producing animals. Tetracyclines, which account for nearly two thirds of all antibiotics sold for use in livestock, fell by 40% compared with 2016, while sales of aminoglycosides, penicillins, and macrolides dropped by 19%, 18%, and 15%, respectively. Sales of fluoroquinolone antibiotics, however, increased by 24%.

Public health and animal medicine consultant Gail Hansen, DVM, said the reductions don't surprise her, given that 2017 was the first year that medically important antibiotics weren't allowed to be sold for growth promotion or feed efficiency.

"Overall, this is good news on the antibiotic stewardship front," Hansen told CIDRAP News. "It shows the FDA guidance was successful in reducing the amount of antibiotics sold, without an increase in animal health or food safety problems during that time."

Overall, medically important antibiotics account for 51% of the antibiotics sold for use on food animals. The other 49% are antibiotics that aren't used in human medicine.

Concerns about high antibiotic use in pigs, cows

Still, the Natural Resources Defense Council (NRDC), which is among a number of groups that have advocated for restrictions on the use of medically important antibiotics in food-animal production, points out that the beef and pork industries remain high users of these drugs, accounting for 2.3 million and 2.0 million kg in sales in 2017, respectively, compared with 268,000 kg in poultry. One of the concerns of these groups is the continued use of medically important antibiotics in healthy animals to prevent disease.

"We are seeing real progress, but the American meat industry continues to have a drug problem and the clock is ticking to solve it," NRDC senior attorney Avinash Kar said in a press release. "Far more antibiotics important to humans still go to cows and pigs—usually when they're not sick—than to people, putting the health of every single one of us in jeopardy."

While the FDA still allows antibiotics to be used to prevent disease in livestock, the World Health Organization has called for an end to the practice, citing concern that it contributes to antimicrobial resistance. In October, the European Parliament voted to limit use of preventive antibiotics to individual animals, and only when a veterinarian believes there is a high risk of infection. That legislation won't become law until 2022.

Matthew Wellington, antibiotics program director for the US PIRG (Public Interest Research Group) Education Fund, said that while the report is good news, he'd like to see the FDA take more steps to reduce antibiotic use in food-producing animals.

"The FDA should implement ambitious reduction targets for antibiotic use in the meat industry, and ensure that these medicines are used to treat sick animals or control a verified disease outbreak, not for routine disease prevention," Wellington said in a statement.

The FDA has not indicated that it plans to set reduction targets for antibiotic use in animal agriculture, as has been done in the United Kingdom and in several European countries, but Gottlieb noted that the agency's Center for Veterinary Medicine (CVM) is planning further action. In a 5-year action plan released in September, the CVM said it will bring the remaining 5% of medically important antibiotics used in livestock under veterinary supervision; improve data on antibiotic sales, use, and resistance in food animals; and encourage the development of alternative therapies for sick animals.

"While I'm very pleased with the results of the report, and the efforts by all of our stakeholders thus far to improve antimicrobial stewardship, our work isn't yet done when it comes to fighting antimicrobial resistance," Gottlieb said.