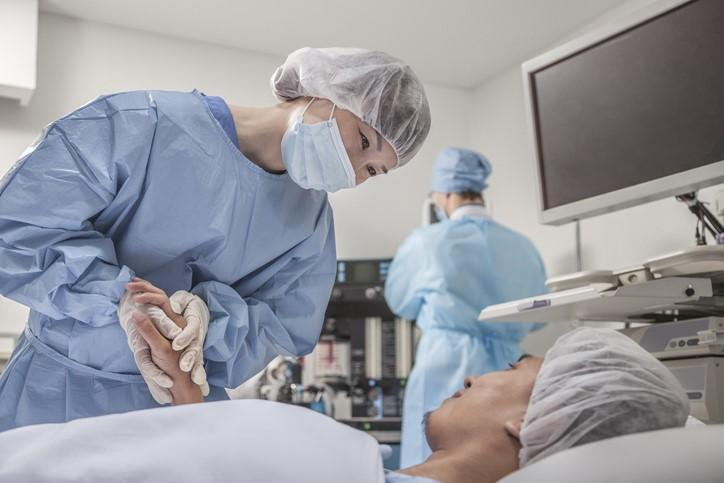 A genomic analysis of an outbreak of carbapenem-resistant Klebsiella pneumoniae (CRKP) in a Chinese hospital reveals some new insight into how highly pathogenic bacteria spread in clinical settings and acquire and share resistance.

In a study yesterday in Microbial Genomics, a team of scientists from the United Kingdom and China reported the findings after analyzing a CRKP outbreak at Peking University Hospital in Beijing that was first identified in 2016, when a patient died from a CRKP bloodstream infection after surgery.

Using whole-genome sequencing (WGS), the scientists were able to determine that the strain that had sickened the patient had been in circulation in the hospital for at least a year prior to the patient's death, spreading between patients and throughout the wards of the hospital. It even traveled among the three campuses of the hospital, which were miles apart.

"These isolates carry between 15 and 25 different resistance elements…and some are essentially resistant to all classes of antibiotics that we have," study co-author Francois Balloux, PhD, of University College of London (UCL) Genetics Institute, told CIDRAP News. "And the number of plasmids, which varied a lot, even between the closely related strains, seems to have a strong impact on resistance. Not just whether [the strains] are resistant, but how resistant they are."

The analysis involved 100 isolates obtained over a 14-month surveillance period from patients and the environment of 19 wards on the three campuses after the initial patient was identified and close monitoring was put in place. The isolates came from patients who were infected with CRKP strains, patients identified as CRKP carriers, and the hospital environment.

Generating complete genomes for all the isolates revealed that 82 carried the blaKPC-2 resistance gene—which confers resistance to carbapenems—and belonged to sequence type (ST)11, a strain of K pneumoniae that emerged in 2010 and has become a common cause of healthcare-associated infections in Chinese hospitals. ST11 CRKP strains carry multiple antibiotic resistance genes, and some have been found to harbor hypervirulence genes, making them capable of causing severe, quick-developing, multidrug-resistant (MDR) infections. They frequently target severely immunocompromised patients.

Reconstructing the evolution and transmission of the isolates within the hospital also revealed that the 82 ST11 isolates emerged from a common ancestor that dated back to 2013, which predated the arrival of the index patient by a year. The researchers were able to identify several likely transmission events between patients, none of which involved the index patient. Many of these transmissions occurred in the hospital's intensive care units (ICUs).

"There are 25 transmissions from patient to patient that we think are very plausible given how genetically distant they are from each other and when they were sampled," Balloux said.

The fact that some of the transmissions occurred between patients who were on the same ICU ward but at different times suggests the possibility that the bacteria were also being transmitted from patient to patient through the hospital environment. "It's very likely that some of these bacteria were on respirators, bed rails, on the walls, and then actually jumped through the environment from patient to patient," he explained.

Perhaps the most unusual finding of the study, however, was that while the chromosomes of the 82 related ST11 isolates were similar, their accessory genomes—the plasmids and other mobile genetic elements that bacteria acquire to help them evade antibiotics—were quite different, according to lead author Lucy van Dorp, PhD, a computational biologist at UCL Genetics Institute.

"These bacteria were fairly closely related and stable when comparing their chromosomes, but everything else was very dynamic, much more so than I originally expected after a 14-month outbreak," van Dorp told CIDRAP News. All 82 isolates were carrying resistance genes for aminoglycosides, beta-lactams, fosfomycin, quinolones, and sulphonamides, but only one recognized resistant gene was present in all 82 isolates. The researchers also observed multiple gains and losses of resistance plasmids among the isolates.

Van Dorp and Balloux believe this rapid change observed in the genetic makeup of the isolates helped the CRKP strains spread quickly throughout the hospital.

"I'm sure the high plasmid mobility was a key component of resistance spreading so easily in this outbreak," van Dorp said. "The bacteria were readily picking and choosing both what bits of DNA they needed but also how much of it [was needed] to survive even in the face of some of our last-resort antibiotics."

And the more copies of a resistance plasmid observed in an isolate predicted how well the strain could evade antibiotic treatment, van Dorp explained. "This is interesting because most of the time people consider the presence of a specific gene as enough to confer resistance to a drug," she said. "We show that there is more to it than that. Resistance can be more of a controlled gradient than a binary trait, so that the number of copies of a resistance gene carried is actually really important."

Following the 14-month surveillance period, the hospital was able to get the outbreak under control, with the aid of enhanced environmental cleaning of infected wards and a new air disinfection protocol. Van Dorp said that the insights gained from the study show the value of WGS for investigating MDR hospital outbreaks.

The frustration, however, is that these insights come long after the outbreak has passed. Van Dorp and her co-authors suggest that better WGS-based rapid diagnostics tools that incorporate plasmid characterization, such as resistance gene copy number variation, could be used to stem outbreaks while they are occurring.

"Our hope is, essentially, to do real-time diagnostics based on genome sequencing, but at the moment, I have to admit, we're still too slow," Balloux said.

That kind of technology will be needed, he added, because this type of outbreak isn't limited to hospitals in China. "It's really a global problem, which I think we could alleviate with better science," Balloux said.