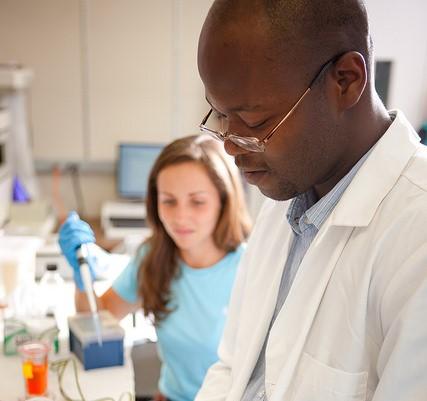 The US government is challenging world leaders, corporations, and non-governmental groups to step up their efforts against antimicrobial resistance (AMR).

In a kick-off event last night at the United Nations (UN) General Assembly in New York, US Department of Health and Human Services (HHS) Secretary Alex Azar called on public- and private-sector organizations around the world to make formal commitments to the AMR Challenge, a yearlong initiative led by HHS and the Centers for Disease Control and Prevention (CDC).

"This challenge invites stakeholders across the public and private sectors and around the world to identify ways in which they can contribute to the fight against AMR both locally and globally," Azar told the audience.

The challenge asks for at least one commitment in one of five areas: improving antibiotic use in humans and animals; reducing antibiotics and resistant bacteria in the environment; developing new antibiotics, vaccines, and diagnostics; enhancing data collection and sharing; and improving infection prevention and control.

The announcement comes 2 years after world leaders held a high-level meeting on AMR at the UN and agreed to create national action plans to address rising drug resistance and antibiotic misuse. Azar noted that while progress has been made in strengthening global coordination on the issue since that meeting, more action is needed at all levels as AMR continues to spread.

"Antibiotics have brought us so many medical and public health advances, from safe surgery and childbirth to the treatment of cancer through chemotherapy," Azar told the audience. "The emergence and rapid spread of antimicrobial resistance threatens to undo this progress, at an enormous human and economic cost. Aggressive global action is needed to slow the development of new resistance, prevent the spread of existing resistance, and spur the development of new antimicrobial products."

Azar said the challenge will emphasize a One Health approach to the battle against AMR, a point that was echoed by World Health Organization (WHO) Director-General Tedros Adhanom Ghebreyesus, PhD. Tedros told the audience the "global crisis" of AMR, which is estimated to cause at least 700,000 deaths a year, is not just a challenge for the healthcare sector and will require efforts by stakeholders in the animal health and environmental sectors.

"We must meet the challenge of working across sectors to implement change with a One Health approach," Tedros said.

As of Sep 18, more than 100 commitments had been made by a variety of global actors. The government of Finland has committed to improving surveillance of human antibiotic consumption and constructing a system to collect antibiotic usage data on all animal species, while Japan pledged to contribute to the establishment of an AMR surveillance system for Asian countries. India, Pakistan, and Nigeria have also pledged action on surveillance, drug development, and infection prevention and control.

Various private-sector organizations in the United States are signing up as well, including retail giant Walmart, which has promised to improve responsible antibiotic use in food-producing animals by asking its animal protein suppliers to report all antibiotic use throughout the supply chain. Commitments on judicious antibiotic use, antibiotic development, and improved infection prevention and control have also been made by US healthcare companies, pharmaceutical companies, medical professional societies, livestock industry groups, health insurers, and research institutes.

Among the pharmaceutical companies that have made commitments to the challenge is Bugworks, Inc., a biopharma startup based in Delaware and Bengaluru (Bangalore), India, that's pledged to remain heavily invested in research and development into novel broad-spectrum antibiotics. Citing the human toll that drug-resistant infections have taken in India and other low-income countries, Bugworks CEO Anand Anandkumar, PhD, told the audience his company is committed to finding solutions to AMR.

"Bugworks is not yet a success story," Anandkumar said. "It will be a success story when no babies in Malawi or India or anywhere in the world die of neonatal sepsis, and no one has to suffer from MRSA [methicillin-resistant Staphylococcus aureus] or have an untreatable urinary tract infection or bloodstream infection."

Organizations can make commitments to the AMR Challenge until September 2019.