Minnesota takes a 'One Health' approach to antibiotic stewardship 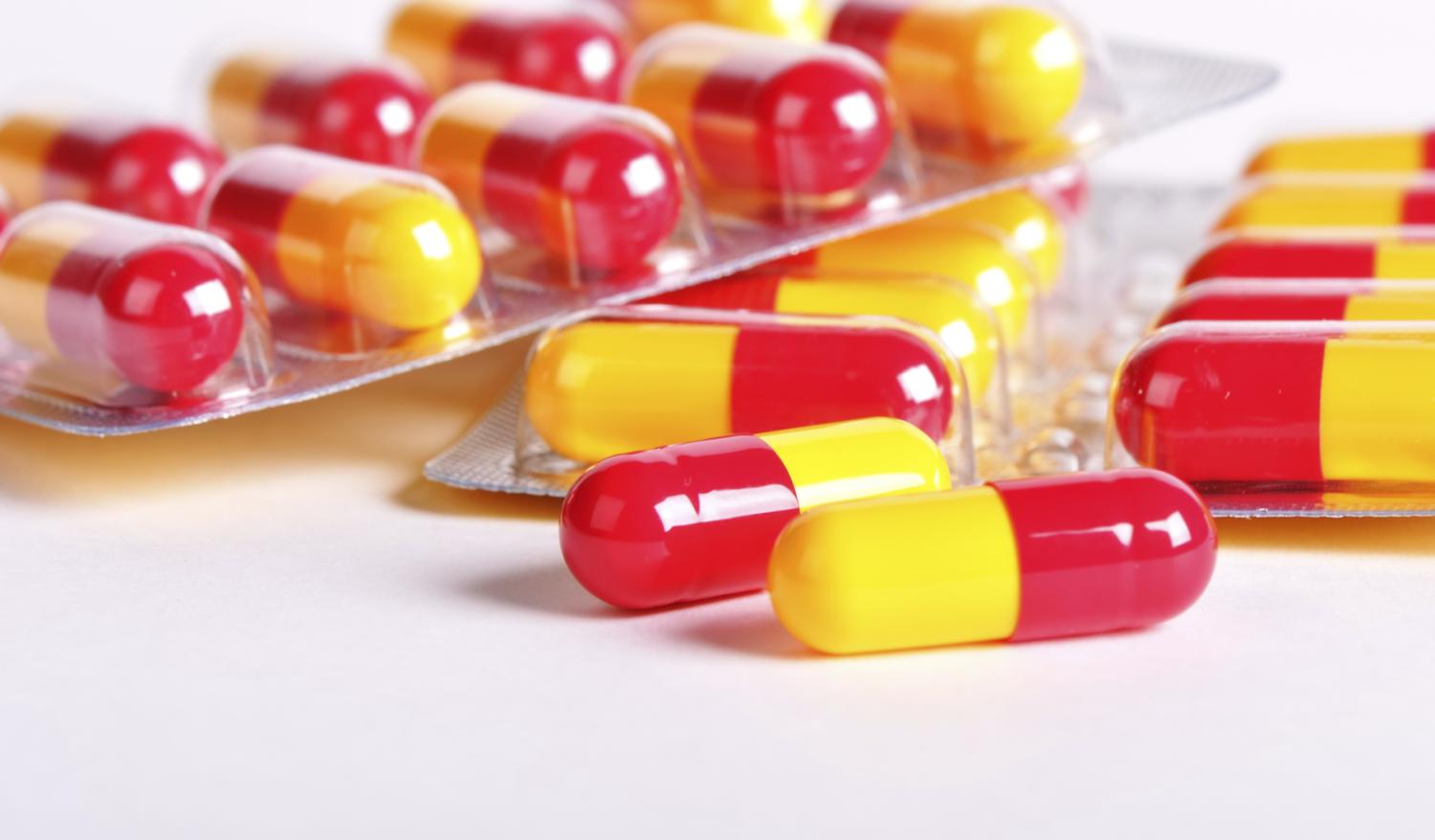 Minnesota has launched a comprehensive and multi-faceted plan to tackle the rise in drug-resistant bacteria and promote antibiotic stewardship. State officials are hoping the effort can break down some of the tension between human and animal health experts regarding antibiotic use and become a model for addressing the emerging public health crisis.

The 5-year plan, released in early July, calls for Minnesota's departments of health and agriculture, along with the Board of Animal Health and the Minnesota Pollution Control Agency (MPCA), to work together to promote the judicious use of antibiotics in humans and animals and get a better sense of how antibiotic use is affecting environmental health. The idea of having all four agencies work on the issue is based on the One Health concept, which views the health of humans, animals, and the environment as being inter-connected.

The idea is that the plan will help guide all parties that have a stake in promoting the judicious use of antibiotics, from government agencies to healthcare systems to animal health and agriculture associations.

According to Minnesota State Epidemiologist Ruth Lynfield, MD, the plan is an acknowledgment that human and animal health experts, along with agriculture officials, need to collaborate to tackle increasing drug resistance, which is being fueled in part by antibiotic misuse and overuse. The Centers for Disease Control and Prevention (CDC) estimates that antibiotic-resistant bacteria cause 2 million illnesses and 23,000 deaths a year.

"I think we have an understanding that we need to take a holistic approach to antibiotic stewardship, and that to be most effective we really need to work together across disciplines," Lynfield says. "We've been talking about this for quite a long time, and I don’t feel like we have made enough progress or enough traction, so we thought, 'Well, let's take a broader approach.'"

The problem of antibiotic misuse and overuse in human healthcare is well documented. According to a recent study published in JAMA by the CDC, at least 30% of the antibiotics prescribed in ambulatory care settings in the United States (roughly 47 million prescriptions) are unnecessary and driven largely by over-diagnosis.

"Prescribing an antibiotic 'just in case' there's an infection is done every day in every hospital and outpatient clinic," says Debbie Goff, PharmD, infectious disease specialist at The Ohio State University Medical Center, where she is part of the antibiotic management team. The risk of that kind of overprescribing creating superbugs or leading to Clostridium difficile infections, Goff says, can't be overstated.

Patients' expectations, along with confusion about how antibiotics and antibiotic resistance work, also play a role. A recent survey of nearly 10,000 people in 12 countries by the World Health Organization found that 64% believe antibiotics can be used to treat cold or flu, even though antibiotics don't work against viruses. More than three quarters of respondents thought antibiotic resistance occurred when a person's or animal's body became resistant to antibiotics.

"There's a lot of work we need to be doing on the human side," Lynfield observes.

But many public health officials say just as much work needs to be done on the food production side, where the use of medically important drugs for growth promotion has been common for decades. Data from by the Food and Drug Administration indicate that of the antibiotics sold in the US in 2009 for people and farm animals, nearly 80% were used in livestock and poultry.

This is exactly why a broader approach is needed, says Laura Kahn, MD, MPH, a research scholar at Princeton University and author of the new book One Health and the Politics of Antimicrobial Resistance. "We tend to just focus on humans," Kahn says. "But microbes don't recognize a distinction [between humans and animals], so we shouldn't either."

One country that's trying the One Health approach is the Netherlands. According to a recent article in BMJ, the Netherlands currently has one of the lowest levels of antimicrobial resistance in the world. Dutch health officials chalk that up to a dual focus on antibiotic stewardship in humans and agriculture. Under the Dutch One Health plan, doctors and farmers are aiming to cut antibiotic use in half.

"If we want to control a problem in healthcare we need to act everywhere where antibiotics are used," Dik Mevius, head of the National Reference Laboratory on Antimicrobial Resistance in Animals at the Central Veterinary Institute at Wageningen University, told BMJ.

In June, the 28 nations of the European Union agreed to launch national antimicrobial resistance plans based on a One Health model by the middle of next year.

In the United States, however, bringing human health and animal agriculture people together to address antibiotic stewardship hasn't been easy, because livestock producers feel as though they've been unfairly blamed for fueling drug resistance. That's why what Minnesota's doing is so encouraging, says Nicole Neeser, DVM, who directs the Dairy & Meat Inspection Division of the Minnesota Department of Agriculture and represented the department in creating the plan.

"Whenever we have a collaborative effort like this, animal agriculture industry people get very nervous about whether this is going to be another one of those finger-pointing exercises, or can we actually be productive and talk about things that we’re doing and can do to productively address this issue," says Neeser. "I think this effort has been a lot more collaborative than we’ve seen in the past."

Goff thinks this type of collaboration is essential. "If there is a willingness to listen and learn from each other and not point fingers, One Health teams may be the key to combating antibiotic resistance," she says.

Neeser says that under the plan, animal health experts and agriculture industry officials in Minnesota will continue to build on the tools and systems they have in place to help livestock producers use antibiotics more judiciously, such as the programs to inspect for antibiotic residues in meat and dairy products. She also believes the Veterinary Feed Directive (VFD), which will prevent antibiotics approved for both humans and animals from being used for growth promotion and require veterinary oversight for therapeutic uses, will have a significant impact. The new VFD rules will go into effect in January 2017.

On the human health side, one of the goals is to create tools that healthcare facilities can use to track antibiotic prescribing. Once those tools are in place, the state hopes to develop antibiotic stewardship goals specific to different syndromes and different healthcare settings, along with a tiered honor roll system to acknowledge the healthcare systems that are hitting those goals.

"Stewardship is going to look different in the various facilities," Lynfield says, noting that not every healthcare facility is going to have the staff to devote to tracking antibiotic use and enforcing stewardship guidelines.

But while Lynfield acknowledges that creating guidelines and benchmarks for the human healthcare system is necessary, she says they won't make a difference unless healthcare facilities have senior staff members who are committed to antibiotic stewardship, as well as the resources to make stewardship sustainable.

Goff agrees. "Just asking prescribers of antibiotics to do better is not enough," she says.

Antibiotic resistance in the environment

The element of the plan that Lynfield is most excited about is the idea of developing a way to measure the state's antibiotic footprint. "It's really based on the idea of a carbon footprint," she says. "We want to come up with some mechanism that takes into account the persistence of an antibiotic in the environment."

And that's a major problem, according to Kahn, because resistance genes, now persistent in manure and wastewater because of overuse in humans and animals, are also starting to appear in the soil. "By blasting all these antibiotics into the environment, we have changed the environment in ways we don't understand."

State officials say the formation of the plan is just the beginning of the process. At the moment, the plan lacks benchmarks for antibiotic reduction and is focused on collecting data and evaluating the landscape in human and animal health. Over the next two years, working groups will meet quarterly to determine reasonable goals and review progress.

Aug 3 BMJ story on antibiotic stewardship in the Netherlands