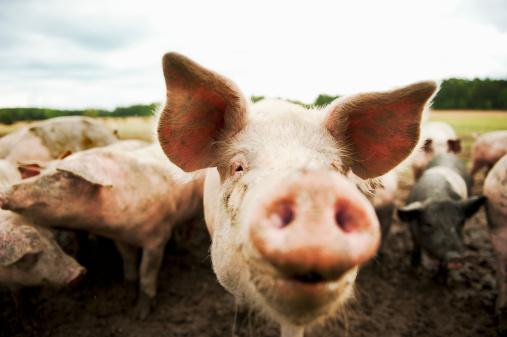 Researchers in China have discovered another gene that confers resistance to the last-resort antibiotic colistin.

In a study yesterday in mBio, the researchers report that the MCR-3 gene was discovered in a fecal sample obtained from an apparently healthy pig at a farm in Shangdong province during a routine surveillance study of antimicrobial resistant bacteria. The gene was located on a colistin-resistant Escherichia coli isolate, on a plasmid that contained 18 additional antibiotic resistance genes.

The authors of the study say they're concerned the gene may already be widely disseminated, and that scientists should be on the lookout for it. "Screening for the mcr-3 gene should be urgently included in the surveillance of colistin-resistant Gram-negative pathogens from animals, humans, and the environment," they write.

The discovery was made by several members of the research team that first reported the discovery of the mobile colistin resistance gene MCR-1 in E coli from pigs, pork products, and humans in China in November 2015. That finding raised international concern, given that colistin is an antibiotic of last resort for multidrug-resistant bacterial infections. The gene's location on plasmids, which are highly mobile pieces of DNA that can be shared within and between different bacterial species, means that resistance to colistin can quickly spread.

Since then, MCR-1 has been identified in bacteria from humans, animals, and the environment in more than 30 countries, including the United States, and studies have documented the spread of the gene to the clinical setting in China. Earlier this year, Chinese scientists reported an outbreak of MCR-1–carrying Klebsiella pneumoniae among patients in a pediatric leukemia ward.

In addition, six different variants of the MCR-1 gene have been reported, along with a second mobile resistance gene, MCR-2.

In yesterday's study, the researchers report that MCR-3 was identified when molecular testing showed the colistin-resistant E coli isolate was negative for both MCR-1 and MCR-2, but contained an unknown colistin resistance gene that could be transferred to another E coli strain. Further analysis revealed that the gene was located on a plasmid similar to MCR-1–carrying plasmids.

The investigators also found that the genomic sequence of MCR-3 closely resembled sequences found in Enterobacteriaceae and Aeromonas bacteria collected from both clinical infection and environmental samples in 12 countries on four continents, a finding that suggests the previously unidentified gene may already have spread. "Due to the ubiquitous profile of aeromonads in the environment and the potential transfer of mcr-3 between Enterobacteriaceae and Aeromonas species, the wide spread of mcr-3 may be largely underestimated," they write.

Up until recently, colistin was widely used in Chinese agriculture, and MCR-1 is thought to be a product of selection pressure caused by that use. China banned use of the drug in animal feed in 2016, based in part on the discovery of MCR-1.

Because of its toxicity, colistin was rarely used in human medicine until the late 1990s, when resistance to other last-resort drugs, including carbapenems, necessitated its use in serious multidrug-resistant infections. Colistin is on the World Health Organization's list of critical antimicrobials for human medicine.

One of the major concerns about MCR-1 and its offshoots is that it's often located on plasmids that contain other antibiotic resistance genes. That raises the possibility of bacterial infections that will not respond to any antibiotic. The authors say continuous monitoring for mobile resistance elements in colistin-resistant bacteria is "imperative for understanding and tackling the dissemination of mcr genes in both the agricultural and health care sectors."

Scientists with the SENTRY Antimicrobial Surveillance Program, which monitors worldwide pathogens and changes in antibiotic resistance patterns, have been tracking the global spread of MCR-1 since it was identified, while the Centers for Disease Control and Prevention has been hunting for the gene in the United States.