New metric aims to simplify how global resistance is measured 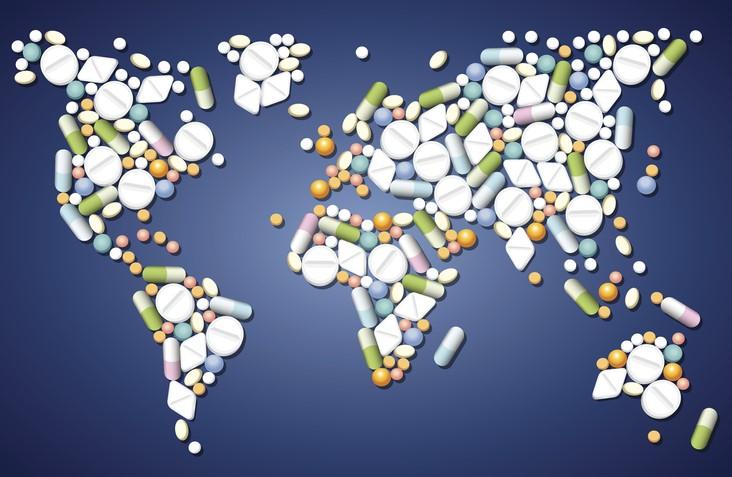 A new method for measuring and tracking antibiotic resistance and comparing the effectiveness of antibiotics by country shows a clear distinction between high- and low-income countries.

In a study published in BMJ Global Health, researchers from the Center for Disease Dynamics, Economics & Policy (CDDEP) calculated the Drug Resistance Index (DRI)—which combines measurements of antibiotic consumption and resistance across several disease-causing pathogens—for 41 countries. The results showed that use and resistance rates were highly variable across countries but that DRIs were generally correlated with income levels, with high-income countries such as Sweden, Canada, and Norway having the lowest DRIs and India, Thailand, and Ecuador the highest.

The findings underline some of the disparities in antibiotic resistance levels that have been observed between high- and low-income countries in other studies. But the authors of the study say the findings also highlight the usefulness of the DRI—which they say is similar to a stock market index—as a simpler way to measure and communicate variations in antibiotic resistance and use to the public.

"The Drug Resistance Index provides [a] useful and easy to understand metric that combines antibiotic use and resistance into a single number," lead study author Eili Klein, MD, said in a CDDEP press release. "This makes it easier for policymakers to understand the complex problem of resistance without getting into the details of the variety of different antibiotics and organisms, and to track the problem over time."

Klein and his colleagues calculated country-level DRIs using a set of disease-causing organisms that are common to the 41 countries and have been identified by the World Health Organization as priority pathogens. These include Acinetobacter baumannii, Escherichia coli, Klebsiella pneumoniae, Pseudomonas aeruginosa, Staphylococcus aureus, Enterococcus faecium, and Enterococcus faecalis.

Using data from ResistanceMap, a repository of resistance data for blood and cerebrospinal fluid isolates collected from labs and hospitals around the world, they looked at resistance levels in these pathogens to several classes of antibiotics—aminoglycosides, broad-spectrum penicillins, narrow-spectrum penicillins, carbapenems, cephalosporins, glycopeptides, and quinolones. Antibiotic use data were obtained from a large global database that estimates the total volume of sales of each antibiotic.

Countries were included in the analysis if antibiotic use and resistance data were available for any year from 2012 through 2015. A total of 41 countries had data on at least 15 pathogen-antibiotic combinations. The resulting DRI was presented as a score between 0 and 100, with 0 indicating 100% susceptibility and 100 indicating 100% resistance.

Klein and his colleagues found that factors driving variation in DRI differed by a country's income level. For example, in HICs, higher antibiotic consumption was associated with a higher DRI because increased use of antibiotics leads to higher resistance levels.

But countries with high per capita antibiotic use would not necessarily have a high DRI if resistance rates to the most commonly used antibiotics in that county were low.

In LMICs, the relationship between antibiotic use and DRI score was weaker. Several LMICs had lower per capita antibiotic consumption rates than wealthier nations, but higher rates of resistance to the most commonly used antibiotics. Since the DRI reflects use related to resistance, the higher resistance rates in these countries weighed more heavily in the calculation of their DRI scores.

"Underlying data showed that for nearly all pathogen-organism combinations in LMICs, higher rates of resistance relative to HICs led to higher DRIs despite lower per capita antibiotic use," the authors write.

These findings, they say, could reflect more widespread transmission of resistant pathogens in LMICs, driven by poor sanitation and poor infection control and prevention practices. But lack of access to newer, more effective drugs in many LMICs—an issue highlighted by CDDEP in another recent report—may also play a role.

Klein and his colleagues suggest that with improvements in surveillance, particularly in LMICs, the DRI could be used to monitor trends in antibiotic resistance, guide coordinated efforts to address it, and evaluate the effectiveness of the global response.