Older adults concerned about antibiotic overuse—until they get sick 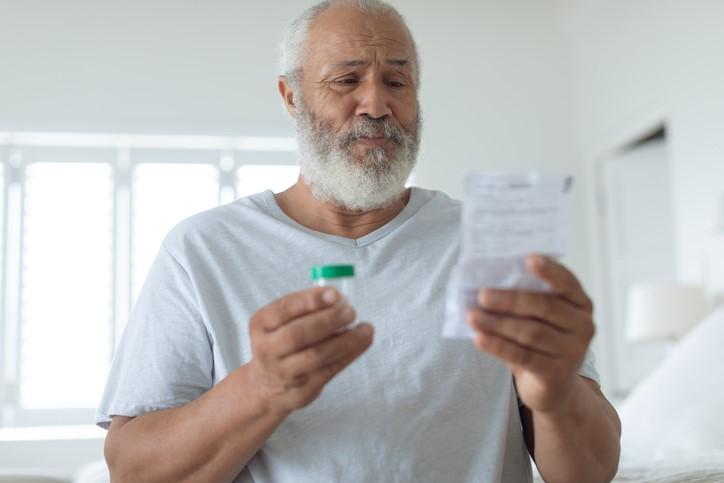 A new national survey indicates that most older Americans are concerned about overuse of antibiotics and antibiotic resistance, but many still expect an antibiotic prescription for illnesses that don't require them.

The results from the University of Michigan National Poll on Healthy Aging show that 92% of US adults age 50 to 80 agreed that they are cautious about the use of antibiotics, and 89% agreed that overuse can result in antibiotics not working when they are needed. Fifty-six percent agreed that doctors overprescribe antibiotics.

Still, 41% of respondents said they would expect an antibiotic if they had a cold that lasted long enough for them to see doctor, and 34% agreed that antibiotics would help for a cold or flu, even though those illnesses are primarily or exclusively caused by viruses. One in four (23%) said doctors don't prescribe antibiotics when they should.

Overall, about half of all respondents (48%) reported filling a prescription for an antibiotic during the last 2 years, mainly for respiratory infections (50%). Other common reasons included dental infections (18%), urinary tract infections (17%), and skin infections (11%).

The online survey, administered in May 2019 to 2,256 randomly selected older Americans, also had some concerning findings regarding leftover antibiotics. Among those who filled an antibiotic prescription within the last 2 years, 13% reported having leftover pills. Their reasons for not taking the full dose were either because they were feeling better, felt like they had been given more medication than they needed, were experiencing side effects, or didn't think the antibiotics were helping.

Poll director Preeti Malani, MD, chief health officer at the University of Michigan and a specialist in infectious diseases and the care of older adults, said the results indicate healthcare providers need to continue educating older patients on which conditions require antibiotics, and which don't.

"We obviously have work to do to help older adults understand safe and appropriate use of these medications so that we can preserve the effectiveness of antibiotics for patients who need them most," Malani said in a university press release. "These findings should be a reminder to physicians, nurses, pharmacists and other providers to step up their wise-prescribing practices and patient education."

"No one should hang on to old antibiotics just in case they or a loved one needs them," she said. "This carries many risks—including drug interactions, side effects, as well as resistance."

Previous research shows that older adults aren't the only ones hanging on to unused antibiotics or taking them without supervision. In July, a review of surveys conducted among various US populations over the past two decades found that the prevalence of nonprescription antibiotic use ranged from 1% to 66%, and that storage of leftover antibiotic for future use ranged from 14% to 48%. Those surveys found that nonprescription antibiotics were most commonly obtained from prior prescriptions and family or friends with prescriptions.

Jul 22 CIDRAP News story "Review: US nonprescription antibiotic use may be widespread"