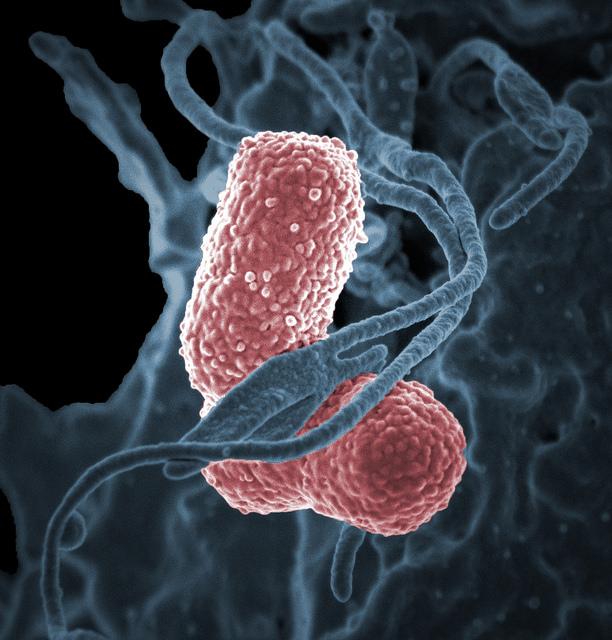 A deadly infection that a Nevada woman brought back with her from India is providing an example of the type of "nightmare" bacteria that infectious disease experts have been warning about.

In a report today in the Centers for Disease Control and Prevention's (CDC's) Morbidity and Mortality Weekly Report (MMWR), investigators say the infection was caused by carbapenem-resistant Enterobacteriaceae (CRE), a multidrug-resistant organism associated with high mortality. While CRE are not new to Nevada or the United States, what was new in this case is that the infection was resistant or non-susceptible to all available antimicrobial drugs.

The patient was a 70-year-old resident of Washoe County, Nevada who was admitted to an acute care hospital in August 2016 after an extended trip to India. She was given a primary diagnosis of systemic inflammatory response syndrome, likely resulting from an infected right hip seroma. The infection was serious; none of the 14 antibiotics physicians used to treat the woman worked.

After the CRE—identified as Klebsiella pneumoniae, one of the more common types of CRE—was confirmed by lab testing, an isolate from a wound specimen was sent to the CDC for further susceptibility testing and to determine the mechanism of resistance. That testing confirmed the presence of New Delhi metallo-beta-lactamase (NDM-1), an enzyme that directly breaks down carbapenems, a powerful class of antibiotics that are often used to treat multidrug-resistant infections.

In addition, the CDC's antimicrobial testing showed the isolate was resistant to 26 different antibiotics, including all aminoglycosides and polymixins—another class of last-resort antibiotics. It was also intermittently resistant to tigecycline, an antibiotic developed specifically to overcome drug-resistant organisms. Essentially, there were no treatment options.

Meanwhile, the patient's condition was deteriorating quickly. She died of septic shock in early September, less than 2 months after admission.

CRE have been labelled by CDC director Tom Frieden, MD, MPH, as a "nightmare" bacteria not only because they are already resistant to most antibiotics, but also because they spread easily in hospital settings. The enzymes that enable resistance are carried on mobile pieces of DNA known as plasmids that can spread to other types of bacteria. And as Alex Kallen, MD, MPH, a CDC medical epidemiologist and co-author of the report explains, the NDM-1 enzyme is particularly mobile.

"It's what we call a promiscuous plasmid, that seems to move easily between species," he says.

The CDC estimates that more than 9,000 healthcare-associated CRE infections occur each year in the United States, and agency labs have confirmed at least one type of CRE in healthcare facilities in 44 states.

This infection, from early on, seemed to be unique. Lei Chen, PhD, corresponding author of the report and senior epidemiologist with the Washoe County Health District, said that when initial lab tests confirmed the infection was caused by CRE, "all of us realized that this was a special case."

That was further confirmed by the CDC's susceptibility testing. "We don't see pan resistance at CDC very often," Kallen said. "It's very rare that we see something like this."

The woman's travel history added another layer. In speaking with the treating physicians and reviewing the case, Chen learned that prior to the US hospitalization, the patient had been on an extended visit to India. As a result, she suspected that the resistance mechanism might be NDM-1, which was originally identified in 2009 in a Swedish patient who had been hospitalized in India. NDM CRE infections are rare in the United States.

Chen was right. And as it turns out, the woman had been in India for 2 years and had been hospitalized at least four times there for a right femur fracture and a subsequent hip fracture.

"We feel comfortable saying that she most likely obtained the bug in India," Chen said.

Continued CRE surveillance by the Washoe County Health District indicates that the case appears to be isolated, Chen said. In addition, CDC testing showed the isolate did not contain the MCR-1 gene, which confers resistance to colistin and has raised public health concerns because of its ability to spread rapidly. "From a transmission standpoint, having NDM-1 is serious, but having MCR-1 ratchets it up a notch," Kallen said.

For Randall Todd, DrPH, a co-author of the report and division director of epidemiology and public health preparedness for the Washoe County Health District, the case highlights how dangerous bacterial pathogens can easily spread in an interconnected world. And he said healthcare facilities need to be prepared for that.

"Our planet seems to be getting smaller and smaller," Todd said. "So when a patient presents, it's important to take a thorough history and know where else in the world they've been, and have some idea of what they might have been exposed to and what they might be bringing in to your facility.

"All in all, I think it was handled fairly well, but it does serve as a warning that this kind of thing can be expected to happen in the future."

Ruth Lynfield, MD, Minnesota state epidemiologist and medical director at the Minnesota Department of Health, agrees. "Highly resistant and pan-resistant bacteria…can be picked up by people receiving healthcare in places where these organisms are more common, and travel with the person," Lynfield said. That's why, she added, "it is key that clinicians take a travel and healthcare exposure history."

Kallen said hospitals should consider screening people who've been in countries that have issues with resistance on admission, and if they get a CRE, submit it to the CDC for testing.

The case also provides an example of how hospitals and health departments should respond when confronted by multidrug-resistant bacteria. After the infection was identified, the woman was put in a single room under contact precautions to prevent spread of the bacteria to other patients. Samples were sent to the CDC to determine susceptibility and resistance mechanisms. The hospital identified other patients admitted to the same unit as the woman and screened them for CRE. No additional infections were found, the authors report.

"It highlights the kind of containment approach we try to take here at CDC when these novel enzymes are identified," Kallen said. "Try and identify when transmission has occurred, and try and stop it before it becomes common."

Jan 13 MMWR Notes from the Field