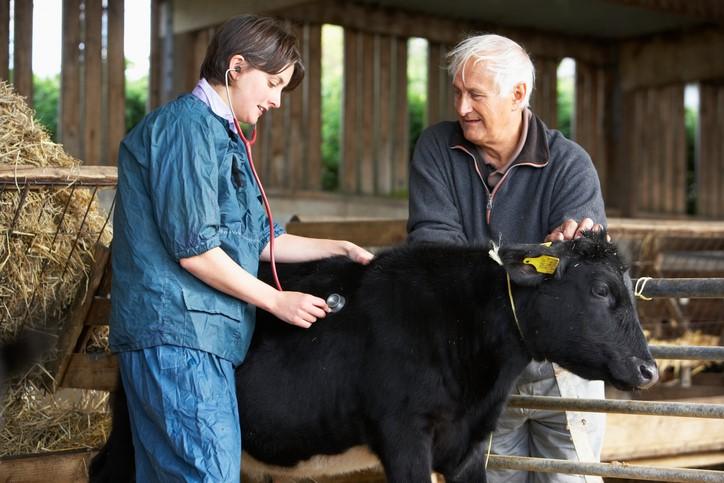 A report yesterday from the European Medicines Agency (EMA) shows a significant drop in overall sales of veterinary antibiotics across Europe.

The data from the EMA's eighth European Surveillance of Veterinary Antimicrobial Consumption (ESVAC) report show a 20.1% decline in sales of antibiotics for food-producing animals in 25 European Union (EU) countries from 2011 through 2016, with notable decreases in the sales of antibiotics that are critically important in human medicine. The EMA says the reduction shows that efforts by the EU, its member states, and various stakeholders to promote prudent use of antibiotics in the animal sector are having a positive impact.

"Reduction in sales is the result of combined efforts of the European Commission, EMA, EU Member States, veterinarians, farmers and other actors in the livestock sector," the agency said in a press release.

Reducing the use of antibiotics in food-producing animals is a key pillar of the EU's One Health Action Plan against Antimicrobial Resistance (AMR), which aims to slow the emergence and spread of drug-resistant pathogens in humans, animals, and the environment.

Drop throughout Europe, with some exceptions

A total of 30 countries submitted data for the report, with 25 providing data for all years between 2011 and 2016. Those data showed that overall veterinary antibiotic sales fell from 162.0 milligrams per population correction unit (mg/PCU) in 2011 to 129.4 mg/PCU in 2016. PCU is applied as a proxy for the size of the food-producing animal population.

A decline in the sales of veterinary antibiotics that the World Health Organization has deemed highest priority critically important antimicrobials (HP CIAs) for human medicine contributed to the overall decrease. Most notably, sales of polymyxins—a class of antibiotics that includes the last-resort antibiotic colistin—fell by 39.9% from 2011 through 2016. Sales of third- and fourth-generation cephalosporins and quinolones declined by 15.4% and 13.5%, respectively.

More than 16 countries saw veterinary antibiotic sales drop by more than 5% over the 5-year period, with significant declines observed in Germany (58%), the Netherlands (54%), and France (38%). Six countries, meanwhile, reported sales increases of more than 5%, with notable increases seen in Bulgaria (67.7%) and Portugal (28.5%). The report notes, however, that direct comparison between countries is difficult because of differences in the composition of animal populations, production systems, and data collection.

The report offers several possible explanations for the decline in sales in different countries. These include strategies to restrict the use of certain antibiotics in food animals, implement responsible-use campaigns, and set nationwide targets for reduced use. In France, for example, the Ministry of Agriculture's EcoAntibio plan, implemented in 2012, called for a 25% reduction in antibiotic use in animals over 5 years. The EcoAntibio 2 plan calls for a 50% reduction in colistin use in cattle, pigs, and poultry from 2017 through 2021.

Benchmarking is another strategy that some countries have adopted. Germany has implemented an antibiotic minimizing program in which farmers who raise cattle, pigs, chickens, or turkeys have to report the frequency of antibiotic treatment on their farm every 6 months. If the treatment frequency is above the median of all farms, then the operators have to evaluate their usage with a veterinarian.

The report also credits an increased awareness of the threat of AMR, changes in the way antibiotic sales data are collected, and changes in animal demographics.

Gail Hansen, DVM, a public health and veterinary medicine consultant, suggested the declines could provide some guidance for other countries looking to reduce antibiotic use in food-producing animals. "I think that the EU's efforts to control antibiotic use, especially the decision by several countries to set goals, have had a positive effect," Hansen told CIDRAP News.

"The countries that set goals and have measured benchmarks have had more success than those that have not; that is a lesson that should be generalizable."