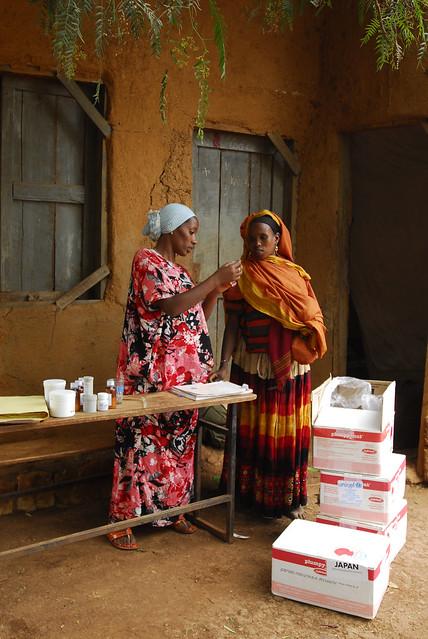 Excessive, inappropriate use of antibiotics is considered to be the most significant driver of antibiotic resistance. Accordingly, global efforts have been launched to promote antibiotic stewardship and the reduction of unnecessary use of these life-saving drugs.

But a new report from the Center for Disease Dynamics, Economics & Policy (CDDEP) suggests limited access to antibiotics in many parts of the world, particularly low- and middle-income countries (LMICs), is an overlooked and under-appreciated problem. The report argues that a combination of factors—from weak, underfunded health systems to unreliable supply chains and high out-of-pocket costs—create barriers to access that prevent millions of people from receiving the antibiotics they need.

And those barriers can have a profound public health impact, the authors of the report say.

"Lack of access to antibiotics kills more people currently than does antibiotic resistance, but we have not had a good handle on why these barriers are created," CDDEP director and report co-author Ramanan Laxminarayan, PhD, MPH, said in a press release. "Just the mere existence of an effective antibiotic does not mean they are available in countries where they are most needed."

To get a better sense of the barriers that limit access to antibiotics, Laxminarayan and his colleagues reviewed current literature and conducted interviews with stakeholders in Uganda, India, and Germany—countries that represent the low-, middle-, and high-income spectrum. The first barrier they identified was irrational selection and use of antibiotics resulting from weak drug discovery, difficulties in market entry, and poor stewardship.

Weak drug discovery means there is a limited set of treatment options for bacterial infections and a continued reliance on older antibiotics that are losing their effectiveness. But while the limited pipeline of new antibiotics affects patients around the world, regulatory hurdles that prevent newly approved antibiotics from entering markets quickly has a larger impact on LMICs.

For example, the report found that of the 21 new chemical entities (NCEs) that entered markets from 1999 through 2014, the majority were registered initially in North America and Europe before spreading through South America, East Asia, the Pacific and then finally reaching the Middle East, Africa, and South Asia. Nine of these 21 NCEs were registered in just 9 markets or fewer; less than 5 were registered in sub-Saharan Africa. The report also found that the availability of cheaper generic antibiotics ranged across countries, with many LMICs unable to implement effective generics policies.

Irrational selection and use of antibiotics is further compounded by poor stewardship. In Uganda, the researchers found that doctors write prescriptions based on availability rather than suitability, while in rural India, healthcare clinics lack diagnostic facilities that can properly identify infectious pathogens. This leads to the type of inappropriate use that drives antibiotic resistance and further limits treatment options.

The second barrier identified was cost, which also inordinately impacts LMICs. Because LMICs often have limited budgets for public health infrastructure and healthcare coverage, patients often have to pay out-of-pocket for antibiotics. The report found that 65% and 41% of healthcare expenditures in India and Uganda, respectively, are out-of-pocket, compared with 13% in Germany, and most of those expenditures are for medicine. "Such expenditures push into poverty up to 57 million people each year in India alone," the authors write.

The third barrier identified by Laxminarayan and his colleagues was the failure of governments to deliver antibiotics to patients in need because of weak health systems, unreliable supply chains, and poor quality control.

In LMICs, substandard health systems are compounded by lack of trained staff; India has a deficit of 600,000 doctors and 2 million nurses, while 10% to 54% of healthcare positions in Uganda are unfilled. This means that even when effective antibiotics are available, many patients in these counties rely on untrained, informal healthcare providers who may not know the right antibiotic to give a patient.

Meanwhile, poor inventory management, storage systems, and poor quality control in these countries results in frequent shortages of antibiotics and substandard or falsified antibiotics. But unreliable supply chains aren't only an issue in LMICs, the report notes. The outsourcing of drug manufacturing to companies India and China, for instance, has led to low availability of certain older antibiotics in Germany.

To rectify these issues, the report makes a series of recommendations. These include encouraging research and development of new or improved antibiotics and supporting the registration of antibiotics in more countries according to clinical need; establishing national standards of practice and treatment guidelines; exploring innovative funding of essential antibiotics for LMICs to lower costs; Supporting quality assurance programs; and encouraging local manufacturing of cost-effective antibiotics.

But those interventions will mean little if they aren't accompanied by efforts to slow antibiotic resistance, the authors warn.

"If resistance renders treatment ineffective, efforts to improve access to antibiotics will be futile, and the consequences will be felt worldwide," they conclude. "Antibiotic stewardship and infection prevention must therefore be pursued alongside improvements in access."