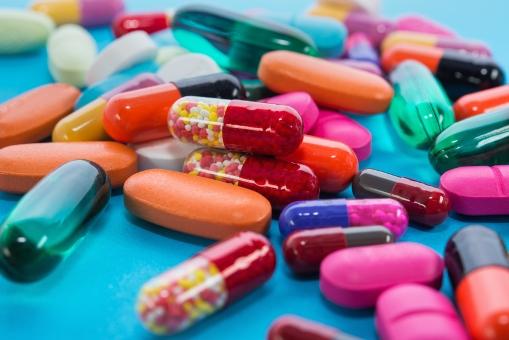 The Center for Disease Dynamics, Economics, and Policy (CDDEP) released new interactive maps that show resistance trends by country and a policy document that tracks the use of antibiotics and offers steps for curbing their overuse.

The data show alarming antibiotic resistance rates in low- and middle-income countries, and the group's analysis suggests that efforts to battle resistance should focus primarily on preserving antibiotics already in use—not on developing new ones.

Ramanan Laxminarayan, PhD, CDDEP director, said in a press release that, taken together, the maps and the report pinpoint antibiotic resistance problems outside of developed nations in countries that haven't yet fleshed out policy solutions. He added that he hopes the report and maps will empower countries to better understand what's at stake and take coordinated, research-based actions to limit antibiotic resistance.

The interactive resistance maps, released on Sep 17 along with the policy report, represent an update of maps CDDEP first released in 2010. The latest version shows drug resistance trends in 39 countries and antibiotic use in 69 nations. They track infections caused by 12 common and sometimes lethal bacteria, including Escherichia coli, Salmonella, and methicillin-resistant Staphylococcus aureus (MRSA).

Data in the maps come from several different sources, from small private labs in India to large collections from the European Centre for Disease Prevention and Control. South Africa, India, Thailand, Vietnam, Kenya, Australia, and New Zealand are among the included countries, and updates will soon add information from China, Nepal, Mozambique, and the Philippines.

Some trends revealed in the maps include high and rising levels of resistant E coli in many regions, with the highest rates seen in India, where 80% of the strains are resistant to three different classes of drugs.

Though MRSA incidence is declining in some countries because of antibiotic stewardship efforts, levels are rising in other parts of the world, such as sub-Saharan Africa, India, Latin America, and Australia.

The maps and CDDEP report reveal an alarming incidence of resistance to carbapenems, often the last antibiotic tool that can be used for life-threatening infections. Sumanth Gandra, MD, an infectious disease specialist and a CDDEP scholar in New Delhi, said in the release, "If these trends continue, infections that could once be treated in a week or two could become routinely life threatening and endanger millions of lives."

In showing rates of antibiotic use, the maps demonstrate that human and animal use of the drugs is rising dramatically in middle-income countries—especially China, India, Brazil, and South Africa. CDDEP said though the per-capita use in those countries is still less than half of the US level, the increases are being spurred by increased prosperity. For example, in many countries, people can treat their own coughs and colds with antibiotics easily bought from pharmacies and shops without a prescription.

CDDEP's report, titled "State of the World's Antibiotics, 2015," is its first on the status of antibiotic use in humans, animals, and the environment and on resistance.  It reflects the group's work on resistance issues and solutions in eight countries since 2008 and weaves in the experiences of its working groups in Asia and Africa.

One of the report's main thrusts is that limiting overuse and misuse are the only sustainable solutions.

"We need to focus 80% of our global resources on stewardship and no more than 20% on drug development," said Laxminarayan. "No matter how many new drugs come out, if we continue to misuse them, they might as well have never been discovered."

Researchers found that a drawback to focusing on new antibiotics is that they would be more expensive than people in low- and middle-income countries can afford.

Coordinated actions can yield good payoffs, according to the report, which sets out six strategies that it says should be in every country's plan to fight antibiotic resistance.

In addition to stewardship, they include reducing the need for antibiotics through better sanitation and vaccines, designing incentives that support stewardship, reducing and phasing out agricultural use of antibiotics, educating all sectors about sustainable antibiotic use, and building the political will to address the resistance threat.

CDDEP antibiotic use and resistance maps