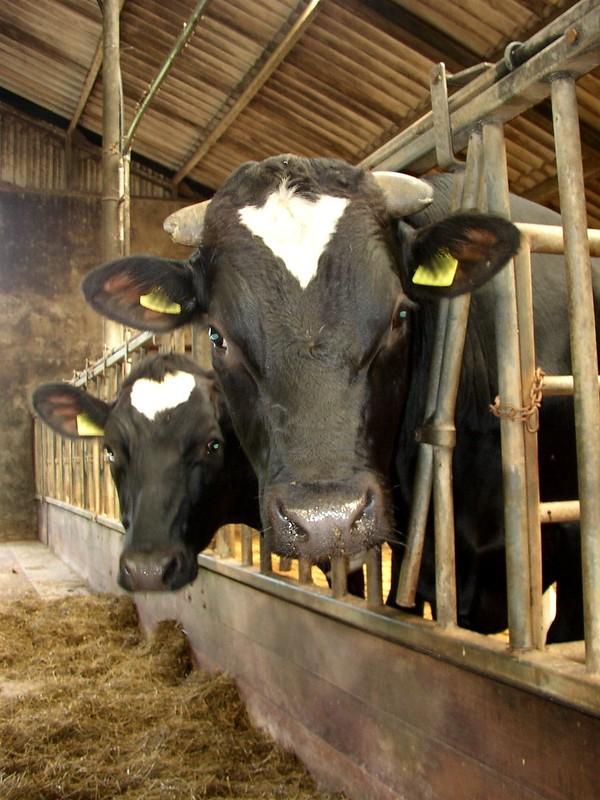 A new report is taking the US beef industry to task for overuse of medically important antibiotics.

The report, released yesterday by the Natural Resources Defense Council (NRDC), reveals that US cattle producers use more than 40% of all medically important antibiotics—those that are also used in human medicine—sold for use in US livestock, and use them three to six times more intensively than many of their European counterparts.

NRDC says this overuse of antibiotics is a strategy used by the beef industry to offset heightened disease risks in feedlots, where cattle are routinely fed antibiotics to prevent disease whether or not they are ill, a practice that the World Health Organization discourages and that the European Union will no longer allow starting in 2022.

The reports also argues that there is little transparency or accountability in the beef industry regarding its use of medically important antibiotics, and little urgency to rectify the problem.

"The problems with the overuse of antibiotics that are important to people is really sort of ingrained in the industry, and they have the power to change it, but it's going to take leadership, and they haven't been willing to take that on," said report author David Wallinga, MD, a senior health advisor with NRDC.

Antibiotic use on feedlots

According to the NRDC's analysis of US Food and Drug Administration (FDA) data on veterinary antibiotic sales, 42% of all medically important antibiotics sold for use in US livestock operations are for cattle, roughly the amount sold for chicken and pork production combined. The top two antibiotics used in cattle — tetracyclines and macrolides — are mainly given to cattle herds via their feed and drinking water.

Using a metric developed by the European Medicines Agency to compare antibiotic use in food-producing animals across animal populations in different countries, the report shows that US cattle producers used 162 milligrams (mg) of antibiotic per kilogram (kg) of livestock, compared with 50 mg/kg in the Netherlands, 41 mg/kg in France, 32 mg/kg in Denmark, and 27 mg/kg in the United Kingdom. These countries have all instituted policies aimed at limiting antibiotic use in livestock.

Much of this antibiotic use occurs on large feedlots, where calves are shipped after weaning and fattened to market weight over a span of 6 to 9 months. Of the 33 million cattle slaughtered in the United States in 2018, 25 million were partially fattened on feedlots. The report says the conditions on these feedlots, including large herds, crowding, and a diet that is 70% to 90% grains, help contribute to liver abscesses. Another common disease in cattle, bovine respiratory disease or "shipping fever," is linked to the stress of moving calves to feedlots and mixing them with cattle from many different places.

Wallinga says these and other cattle illnesses have risen in recent years, despite the industry's routine use of antibiotics to prevent them.

"They're using routine antibiotics as a terrible and dangerous crutch to avoid dealing with those underlying problems that have to do more with poor animal husbandry and suboptimal nutrition for the animals," he said. "It's unsustainable, really."

Veterinary and public health consultant, Gail Hansen, DVM, says the rise in respiratory and intestinal health problems in cattle, and the reliance on antibiotics, is the result of the industry's pursuit of efficiency and lower costs.

"Rather than tackling the underlying management causes, the industry has chosen to treat the resulting symptoms with antibiotics," Hansen said. "Administering antibiotics to try to prevent the diseases is not only a superficial fix to the problem, it is becoming less effective in treating disease and increasing the problem of antibiotic resistance."

In a response to the report, Julia Herman, DVM, MS, a beef cattle specialist veterinarian at the National Cattlemen's Beef Association, told CIDRAP News that cattle farmers and ranchers "have long practiced the targeted and appropriate use of antibiotics for the cattle under their care," that the beef industry is committed to judicious antibiotic use, and that antibiotics are just one tool used to treat sick animals and prevent disease. She also pointed out that sales and distribution data do not represent actual use of antibiotics in food-producing animals.

"Therefore, species-specific sales estimates in the report should not be directly compared between species," she said.

But Wallinga and Hansen say this is part of the problem. The picture of antibiotic use on feedlots painted in the report comes from US Department of Agriculture (USDA) voluntary surveys of feedlot operators. According to the report, 77.8% of large feedlot and 53.8% of small feedlot operators responding to a 2017 survey indicated they were using antibiotics in feed. Because there is no data for on-farm or on-feedlot antibiotic use, those surveys provide the only indication of how exactly antibiotics are used in the cattle industry.

Since 2009 the FDA has been collecting data on veterinary antibiotic sales, but critics, including the US Government Accountability Office, have been calling for the FDA and USDA to collect more comprehensive data from livestock producers for years.

Hansen says the US meat industry has shown little inclination to provide such data.

"The US meat industry has spent its time arguing that currently collected data on antibiotic sales is not useful, yet they have not helped find amenable solutions," she said.

"The beef community has and continues to invest in research to better understand how to effectively and thoughtfully use antibiotics to best protect animal and public health," Herman said.

Although the use of medically important antibiotics for growth promotion in cattle and other livestock has been banned by the FDA, US producers are still allowed to use antibiotics for disease prevention, despite the recommendations from the WHO.

Many infectious disease and antibiotic resistance experts believe such use is improper and helps contribute to reservoirs of drug-resistant bacteria on farms that can spread easily to humans through consumption of meat, exposure to soil or water contaminated with manure containing antibiotic-resistant pathogens, or contact with animals. They also worry that it reduces the effectiveness of antibiotics that are needed to fight infections in people.

"Do we want to underwrite the bad practices of US feedlots, or do we want to protect antibiotics and protect public health?" Wallinga asked.

Herman said antibiotic resistance is complex, multifaceted problem that requires a "One Health" approach that looks at antibiotic use in human settings, veterinary medicine, and environmental factors. "It cannot be adequately addressed by solely focusing on the use of antibiotics in animal agriculture," she said.

Wallinga points to several practices that could help feedlot operators reduce cattle diseases and their reliance on antibiotics, including vaccination, increasing the amount of roughage in feedlot diets, better management of calves before they are shipped to the feedlot, and changing protocols to avoid mixing groups of cattle on the way to the feedlot.

"Those are just a few, and we've got the evidence that they all work," he said. "None of them is the magic bullet, but with things as complex as this there's never a magic bullet."

Since only four meatpacking companies—Cargill, Tyson Foods, JBS, and National Beef—purchase 80% of beef directly from US feedlots, Wallinga and Hansen believe change could happen quickly of one or more of these companies began instituting policies to end routine antibiotic use in cattle production.

"They really control the whole beef supply chain," Wallinga said. "We just need one or more of those four companies to show some leadership."

Hansen said a move by these companies to reduce antibiotic use in beef could have "a huge impact."

Change could also come from consumers and the companies that sell beef to the public. In December 2018, McDonald's—the world's largest single beef purchaser—announced that it would work with beef suppliers in the United States and nine other countries to measure medically important antibiotic in the beef supply chain and establish reduction targets by the end of 2020.

Few other major beef purchasers have followed suit to date. But the hope of Wallinga and others is that the beef industry will follow the route of the poultry industry, which has rapidly responded to growing consumer demand for antibiotic-free chicken. According to NRDC, more than 90% of the chicken sold in the United States as of the end of 2018 was raised without the use of antibiotics deemed medically important, compared to 50% in 2013. And many of the fast-food companies that drove that change are also major purchasers of beef.

Wallinga is also calling for the FDA and the USDA to acknowledge the need to end all routine uses of medically important antibiotics in food-animal production, to set goals for reducing such uses in food-animal production overall and by species, and to prioritize establishment of a comprehensive data collection system for tracking antibiotic use on farms and feedlots.

"If you really want to get serious about protecting public health and keeping antibiotics effective, that's what you have to do," he said.