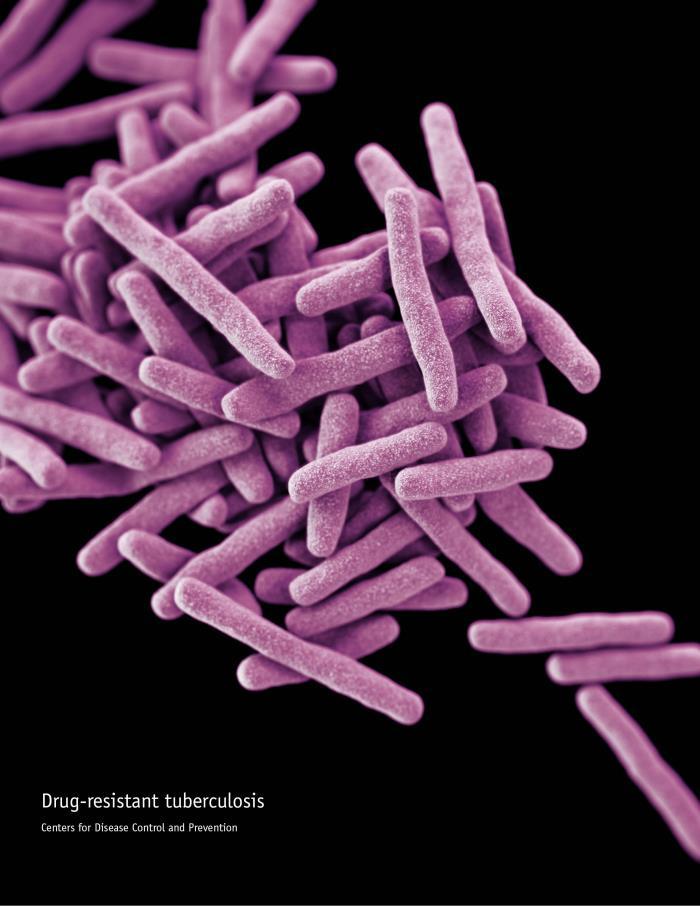 A new report warns that some of the incremental progress made in the global fight against tuberculosis (TB) could be lost with the emergence and spread of drug-resistant strains of the disease.

The report, published today in The Lancet Respiratory Medicine, is a reminder that despite some important gains in recent years, TB—a contagious bacterial disease that mainly affects the lungs—remains a vexing global health problem.

With the exception of Africa, the number of TB deaths and the TB incidence rate have fallen around the world. According to the World Health Organization (WHO), effective diagnosis and treatment of TB saved 49 million lives between 2000 and 2015. Yet TB still infects more than 10 million people each year and remains the leading infectious disease killer and one of the top 10 causes of death worldwide, responsible for 1.8 million fatalities in 2015.

Today's report suggests that growing resistance to the drugs used to treat TB could make the disease even deadlier.

According to the report, approximately 20% of TB cases globally are estimated to be resistant to at least one of the first- or second-line anti-TB drugs, and 5% are resistant to both isoniazid and rifampicin, the most powerful and commonly used antibiotics in first-line treatment. Of the estimated 480,000 cases of multidrug-resistant (MDR) TB, approximately 10% are either extensively drug-resistant (XDR)—with additional resistance to second-line drugs—or totally drug resistant.

While TB is curable when patients adhere to the treatment regimen, MDR- and XDR-TB are more problematic. Treatment options are limited, expensive, and often toxic, and drug therapy can last up to 2 years. The report estimates mortality rates of around 40% for MDR-TB and 60% for XDR-TB. And while China, India, Russia, and South Africa have the highest burden of MDR- and XDR-TB, widespread international travel and migration means drug-resistant TB has no borders.

Although shorter treatment regimens and new drugs are providing hope for some MDR- and XDR-TB patients, the authors of the report say the fight against drug-resistant TB has to be fought on several fronts.

"Addressing drug-resistant tuberculosis requires an urgent and concerted effort to manage the disease and prevent onward transmission with sustained research to develop and assess new tools," the authors write.

The report focuses on an emerging consensus of how drug-resistant TB is spreading that challenges long-held assumptions. Like other bacterial pathogens, Mycobacterium tuberculosis—the bacterium that causes TB—has developed resistance to antibiotic treatments over time via chromosomal mutations that protect the organism against the action of the drugs. Extensive worldwide use of anti-TB drugs has enabled resistant TB bacteria to proliferate and acquire more mutations, and for MDR strains to emerge and spread.

But because resistant strains were thought to be less virulent and transmissible than susceptible strains, more emphasis has been placed on poor treatment compliance as the main source of drug-resistant TB. Treatment for TB is a lengthy process, in which patients take four drugs—isoniazid, rifampicin, ethambutol, and pyrazinamide—over 6 to 9 months. Strict adherence to the regimen, especially in low-income settings, can be difficult.

When patients fail to follow or complete the regimen, or receive inadequate care, the disease isn't cured, and patients either die, relapse, or develop a drug-resistant strain of TB. This is known as secondary transmission.

These "deeply rooted epidemiological dogmas" about drug-resistant TB, the authors note, have been the basis for the WHO's "directly observed therapy, short course" or "DOTS" strategy, which requires a healthcare provider or family member to watch the patient take every dose of medicine given. The strategy was instituted to help TB patients complete their treatment, prevent the spread of the disease, and decrease the risk of developing drug-resistant TB caused by incomplete treatment.

Take a recent study on drug-resistant TB in South Africa in the New England Journal of Medicine. That study found that out of 404 patients who had been diagnosed as having XDR-TB in South Africa's KwaZulu-Natal province, nearly 70% had no history of antibiotic treatment. Genetic sequencing showed that 84% of the patients had a strain of XDR-TB that genetically matched with at least one other person in the study, an indication they had recently acquired the disease from another patient.

In another recent study, published in The Lancet Infectious Diseases in December, genotyping of isolates from TB patients in Shanghai, China, showed that person-to-person transmission accounted for 73% of MDR-TB cases overall.

"Our best estimates are that globally, at least 75% to 80% of drug-resistant TB is now primarily transmitted, as opposed to primarily acquired during treatment," David Dowdy, MD, PhD, an infectious disease epidemiologist at Johns Hopkins Bloomberg School of Public Health, told CIDRAP News.

And what that means is that simply doing a better job of treating drug-susceptible TB "is no longer sufficient for controlling drug resistance," according to Dowdy, lead author of a commentary that accompanies the study. "To control drug-resistant TB, we need to specifically diagnose and treat it."

Significant progress needs to be made on that front. In 2014, the report notes, only a quarter of new MDR-TB cases were detected and reported. That's mainly because drug-susceptibility testing has focused on previously treated patients, who are thought to be at higher risk of acquiring MDR- or XDR-TB, or because the facilities for testing are scarce. On top of that, some tests take weeks to provide an accurate diagnosis. Failing to detect drug resistance and delayed reporting of test results can lead to inappropriate therapy, which can in turn further encourage the development of drug resistance.

In addition to recommending expansion of the pool of patients for drug-susceptibility testing, the report also calls for the development of affordable molecular diagnostic tests that can be used in routine care to quickly determine if new patients are infected with a drug-resistant strain of the disease by identifying genetic mutations in patient cultures. Rapid identification not only leads to more appropriate treatment of new patients, but also prevents patients from sharing drug-resistant strains.

"If you're able to get someone with drug-resistant TB on effective therapy, then within a matter of 1 to 2 weeks, those people are no longer infectious," Dowdy said.

One current test that's widely used in the United States and other countries is the Xpert MTB/RIF test, which can detect TB bacteria and rifampicin-resistance mutations in sputum samples within 2 hours. The WHO has called for Xpert to be the initial diagnostic test in individuals suspected of having drug-resistant TB, but Dowdy said wider use, especially in low-income and remote settings, is hampered by the need for electricity and by the cost. While traditional microscopy tests cost around a dollar, the Xpert cartridge costs $10.

The report also argues that molecular epidemiologic data could be used to detect outbreaks and identify hot spots of drug-resistant TB, thereby providing a target for transmission-control efforts.

A question of political will

Dowdy said that while today's report paints a sobering picture of an epidemic with an uncertain future, he sees reasons for optimism.

"It's very possible that 20 years from now we could see a doubling or more of drug-resistant TB rates in the world," he said. "But it's also possible that we could start to use the tools we have…to really reverse the epidemic."

Dowdy said a parallel exists between the current situation and the drug-resistant TB epidemic that emerged in the United States in the early '90s. A tremendous influx of resources to meet that epidemic, Dowdy explained, led to better treatment, infection control, and case findings, all of which generated a 67% drop in incidence over 5 years.

Dowdy believes that kind of success is replicable, especially with better drugs (including a shorter treatment regimen for MDR-TB) and better diagnostic tests. The issue, though, is whether the global will exists to make drug-resistant TB a priority and provide the financial resources needed to tackle the problem.

"That's the bigger question," he said.