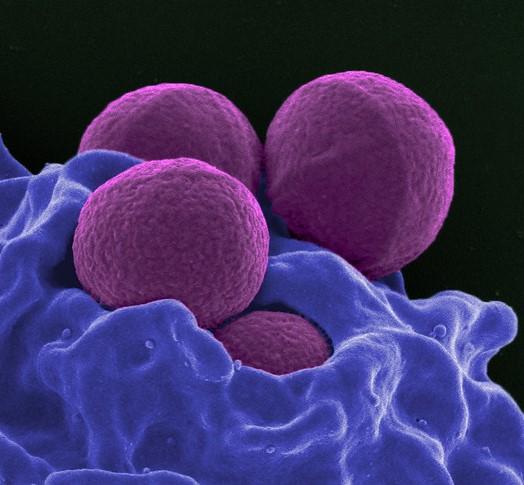 Findings from a trio of recently published studies shed new light on the mobile colistin-resistance gene MCR in Latin America, including one spotlighting the first detections of MCR-1 in Escherichia coli in Uruguay.

A second report is a research letter detailing the spread of the MCR-5 gene on Paraguay's poultry farms. And the third is a review of available data on MCR gene dissemination in Latin America and the Caribbean, which found an overall frequency of 2.9% in bacteria isolates collected from 2000 through 2018.

The report from Uruguay is based on an analysis of three E coli isolates from blood, urine, and rectal swabs from different patients in two hospitals. A team from Uruguay described its findings Jul 20 in the Journal of Global Antimicrobial Resistance.

All of the samples were colistin resistant and found to have the MCR-1 gene. Two were also resistant to oxyimino cephalosporins, each due to the involvement of different plasmids. One of the isolates harbored two different transferable quinolone resistance genes.

The three isolates that had the MCR-1 gene belonged to three sequence types, one of which was ST10, which is considered a high-risk clone at the global level and poses a threat to human and animal health.

To assess the presence of MCR-5 in Paraguay, a research team from the Czech Republic looked at 66 cloacal swabs collected in 2012 from the country's poultry farms. The group published its findings on Jul 21 in a research letter to the Journal of Antimicrobial Chemotherapy.

Of the samples, 28 E coli isolates were positive for MCR-5. Further testing found the gene in 16 of 66 DNA samples, coming from 3 of 12 farms they examined. All three farms had purchased chickens from the same breeding company, and none of the MCR-negative samples had sourced their poultry from the company, supporting a common source for the colistin-resistant isolates.

The MCR-5 gene was mainly located on a plasmid type blaCTX-M-8 disseminated in E coli in several countries, including Brazil, and found in human stool samples and chicken meat in Japan, suggesting transfer of plasmids between humans and animals. The E coli samples from Japan harboring blaCTX-M-8 of the IncI1/ST113 lineage were mostly from chicken meat imported from Brazil, suggesting a South American source. The investigators note that the IncI1/ST113 plasmid is considered an epidemic lineage, given that it has been found in several continents in different sources.

They concluded that the findings suggest that the MCR-5 gene spreads more easily than thought and that dissemination of clinically important lineages carrying genes for resistance to colistin and broad-spectrum beta lactams may pose a public health threat.

In the review article, researchers from Brazil who explored plasmid-mediated colistin resistance in Latin America and the Caribbean focused on 48 studies that included 18,705 isolates collected from 2008 to 2018. They reported their findings in the Jul 20 issue of Travel Medicine and Infectious Disease.

They found that the overall frequency was 2.9%, and IncX4 plasmids were the key vectors responsible for spreading the genes within the continent.

Countries with the highest numbers of MCR-positive isolates were Brazil, Bolivia, and Argentina. The only countries with types other than MCR-1 were Colombia, which detected MCR-5, and Brazil, where MCR-3 was detected.

Organisms in the region most likely to carry the gene were E coli, Klebsiella pneumoniae, and Salmonella Typhimurium, all of which were highly susceptible to ertapenem, meropenem, piperacillin/tazobactam, fosfomycin, and tigecycline.

The authors concluded that MCR-positive organisms seem to mostly affect immunocompromised patients, and more attention should be paid to them. They added that more steps are needed, including stepped-up surveillance, to prevent the MCR gene from spreading further within the continent.