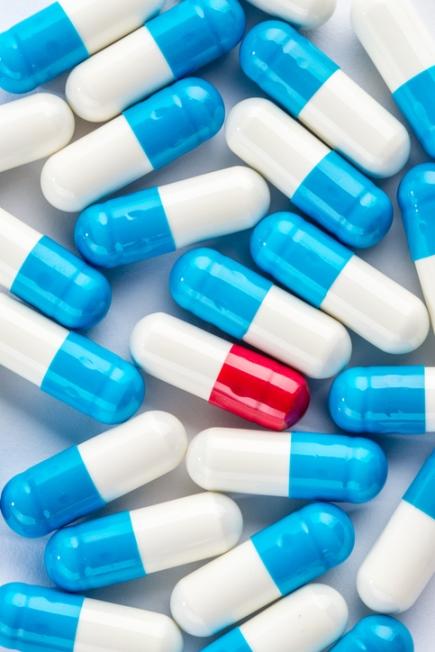 Scientists at the Scripps Research Institute have found a way to modify an essential antibiotic to make it more powerful and less susceptible to resistance.

In a study yesterday in the Proceedings of the National Academy of Sciences, the scientists describe a chemically modified version of the antibiotic vancomycin that is significantly more potent than the original drug and can overcome vancomycin-resistant pathogens. The vancomycin analog contains three different mechanisms of action that not only enhance its ability to kill resistant bacteria but also make it less likely to fall prey to resistance.

Although the modified drug has been tested only in vitro, the study's lead author says he's excited about its potential for clinical use and believes the underlying science could be used to make other antibiotics more powerful and durable.

"We have a molecule that's deserving of full pre-clinical development and potential introduction into the clinic," Dale Boger, PhD, professor of chemistry at The Scripps Research Institute, told CIDRAP News. "But it also serves as sort of a model on which other classes of antibiotics could be improved."

A series of modifications

Vancomycin, a glycopeptide antibiotic used to treat a variety of gram-positive bacterial infections, has been in clinical use for nearly 60 years and is on the World Health Organization's list of essential medicines. In recent years, it has become increasingly important as a treatment for drug-resistant infections, including methicillin-resistant Staphylococcus aureus (MRSA).

Resistance to vancomycin has been slow to develop, mostly because bacteria have difficulty overcoming the drug's mechanism of action, which involves inhibiting bacterial cell wall synthesis. But vancomycin resistance began emerging in the late 1980s in enterococci and then in MRSA in 2002. As a result, vancomycin resistance has now become enough of a threat that the drug has been designated as a reserve antibiotic to preserve its effectiveness.

What Boger and his colleagues describe in the study is the latest in a series of alterations to vancomycin that they've been working for nearly 20 years. The first, what Boger calls "a beautiful story in chemistry," was a single-atom change to the drug that counteracts the bacteria's mechanism of resistance. Essentially, this "pocket modification" restores vancomycin's primary weapon against bacteria—its ability to inhibit maturation of the bacterial cell wall.

Over the last 5 years, the scientists have made two other small modifications to the drug that give it new mechanisms of action—both having to do with the bacterial cell wall—that can kill bacteria independent of the original mechanism. The second modification affects cell wall biosynthesis, and the third makes the cell wall permeable. All three modifications alone make the drug more potent and enable it to kill vancomycin-resistant bacteria, and the potency increases with each modification, but the drug packs its biggest punch when the modifications are combined.

"You have three mechanisms of action, built into one molecule, all of which can act synergistically to kill the bacteria," Boger said.

When tested against vancomycin-resistant enterococci (VRE), the vancomycin with the three modifications was more than 6,000 times more powerful than vancomycin, meaning much less of it would need to be used.

While the effectiveness of vancomycin is boosted by these modifications, so is its ability to fend off the evolutionary forces of resistance. When exposed to a sub-lethal concentration of VRE over 25 days, the thrice-modified vancomycin showed no changes in its ability to kill the bacteria. That's because the bacteria are now faced with three mechanisms of action that they need to overcome, rather than just one.

"The susceptibility to resistance gets better with each one of the changes," Boger explained. "Even if they [the bacteria] do find a solution to one of those mechanisms, they're still killed by the other two."

Boger believes the modifications could enable vancomycin to fend off resistance for decades, if not longer.

A strategy to overcome resistance

The next challenge for Boger and his colleagues is to be able to make this modified vancomycin in sufficient amounts to be able to test it in animals and ultimately in humans. To this point they've been making the molecules from scratch, a costly and time-consuming process. Boger says they're hoping to develop a semi-synthetic way of making the molecules from vancomycin, which would be cheaper.

While Boger will continue to focus on vancomycin, he thinks he and his colleagues have created a prototype for modifying other classes of antibiotics to make them harder targets for resistance. And he would like to see more scientists focusing on this strategy.

"I think we in science probably should challenge ourselves," he said. "Can we develop antibiotics that overcome these forces of evolution or assimilation of resistant mechanisms?"