Study finds no changes in US hospitals' antibiotic use 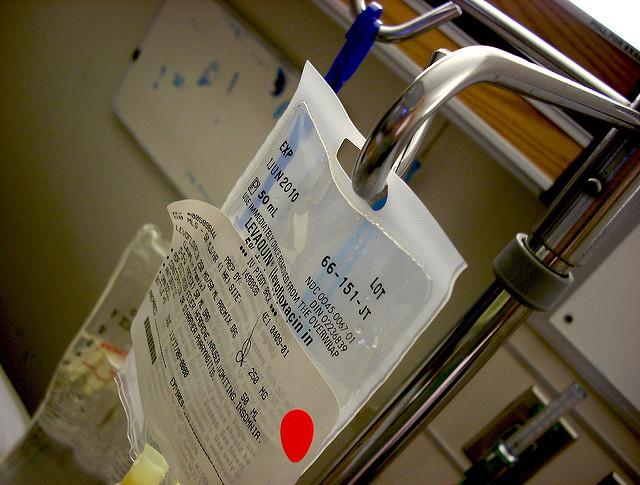 A new study has found that overall use of antibiotics in US hospitals has not declined in recent years, despite growing awareness of antibiotic resistance. More concerning is that the findings indicate that the use of newer, broad-spectrum antibiotics is on the rise.

The study, published yesterday in the Journal of the American Medical Association(JAMA), analyzed discharge records from more than 34 million patients at more than 300 US hospitals between 2006 and 2012, looking specifically at antibiotic doses administered to patients during their stay. The authors of the study say it's the first to provide national estimates of temporal trends in antibiotic use among US hospitals.

Overall, the researchers found that 55.1% of patients discharged received at least one antibiotic during their stay, with little change in that proportion between 2006 and 2012. The overall rate of antibiotic use for all study years was 755 days of therapy per 1,000 patient-days, a rate that also saw little change over the period of the study.

But the study also showed significant increases in the use of carbapenem antibiotics, third- and fourth-generation cephalosporins, beta-lactam/beta-lactamase inhibitor combination antibiotics, tetracyclines, and vancomycin. Usage of these antibiotics was significantly greater in critical care locations. The authors note that these increases offset the decreases observed in the use of fluoroquinolones and first- and second-generation cephalosporins.

While the question of why doctors are increasingly turning to more powerful antibiotics was not explored in the study, the authors have some theories. The increasing use of carbapenems and third- and fourth-generation cephalosporins, they write, could reflect increasing concern about gram-negative bacterial infections. Greater reliance on vancomycin could be a response to methicillin-resistant Staphylococcus aureus (MRSA) infections.

Whatever the reason, the authors conclude that the trend is worrisome given the rising problem of antibiotic resistance. But they hope that by identifying which antibiotics are being used more often, and in what settings, the findings can aid efforts to improve antibiotic use.

"A better understanding of antibiotic use in US hospitals can inform stewardship efforts by identifying targets for reducing inappropriate or unnecessary prescribing," they write.

One of the underlying issues raised by the study is how much of the antibiotic prescribing observed in hospitals is necessary. As an accompanying commentary explains, previous studies have shown that one-third of all antibiotics prescribed in outpatient settings are unnecessary, and within hospitals trends are similar.

Among the reasons for this overprescribing, writes corresponding author Ateev Mehrotra, MD, MPH, a professor of medicine at Harvard Medical School, is that the forces pushing doctors toward prescribing are stronger than those pushing against it. In a rushed visit, faced with diagnostic uncertainty and patients who expect antibiotics, doctors will often prescribe antibiotics to be on the safe side and keep their patients happy.

"In contrast, the reasons against antibiotic prescribing such as antibiotic resistance and concerns about complications are remote and less emotionally salient," Mehrotra writes.

To address this problem, Mehrotra suggests several strategies. Among them is reframing the discussion around the potential harms of antibiotics to make them more salient to the patient. So instead of focusing on the public health consequences of antibiotic misuse, doctors could focus on side effects, like rashes, diarrhea, and Clostridium difficile infections.

Other strategies suggested include feedback that compares a physician's prescribing habits with those of peers, and order entry systems that force doctors to provide a publicly visible justification for prescribing an antibiotic.