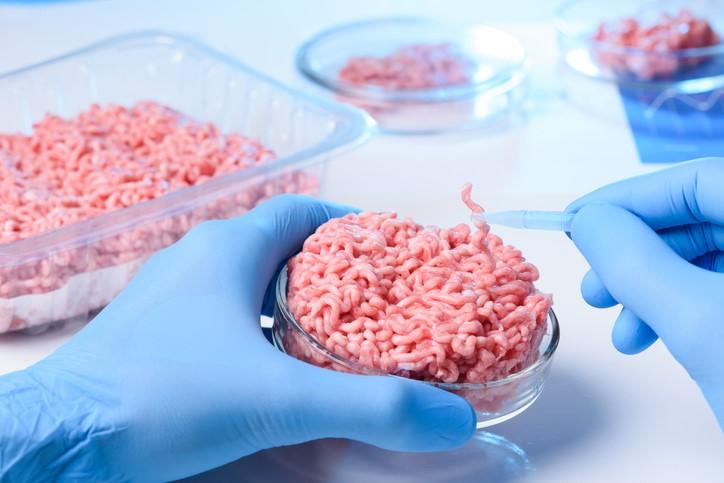 A new study by researchers with the US Department of Agriculture has found similar levels of antimicrobial resistance (AMR) in ground beef raised with and without antibiotics. The findings appeared in the Journal of Food Protection.

The authors of the study say the data, along with previous research they've done on AMR in conventionally raised and "raised without antibiotics" (RWA) cattle, suggest that antimicrobial use in US cattle production has "minimal to no impact on AMR in the resident bacteria."

The finding comes at a time of heightened concern about the use of antibiotics in food-producing animals, who consume between 70% and 80% of medically important antibiotics sold worldwide, and how that use affects human health. The World Health Organization and other public health groups have called for limits on their use in livestock and poultry, arguing that widespread use of these drugs for growth promotion and disease prevention in healthy animals contributes to the emergence of drug-resistant pathogens, which can be transmitted to humans through meat.

That concern has resulted in growing consumer demand for meat raised without the use of medically important antibiotics. The biggest impact has been seen in the poultry industry, as several major chain restaurants and poultry producers have committed to removing medically important antibiotics from the production chain. Advocates for antibiotic-free meat are now pushing the beef and pork industries to make similar changes.

But the authors of the study say there has been little peer-reviewed research that supports claims that RWA meat products harbor lower levels of antibiotic-resistant bacteria, and most of it involves poultry. They say their findings suggest those claims may not be warranted for ground beef.

"We found that there are similar levels of antibiotic resistance in conventional and RWA meats," lead author John Schmidt, PhD, a research microbiologist with the USDA Agricultural Research Service, told CIDRAP News. "So you can't support with the data the notion that there's more antibiotic resistance in conventional ground beef…at least in the United States."

Resistance in meat from both production systems

To determine AMR levels, the researchers grew several types of bacteria from the samples, focusing mainly on major foodborne bacteria (Escherichia coli, Salmonella enterica, and Enterococcus spp.) that are common in meat and in which antibiotic resistance could have an impact on human health. They also cultured Staphylococcus aureus, since there are concerns that antimicrobial use in cattle could contribute to the spread of methicillin-resistant S aureus (MRSA). In addition, the team isolated metagenomic DNA from each sample and assessed the abundance of antibiotic resistance genes using quantitative polymerase chain reaction.

Overall, the results showed that levels of antibiotic-resistant bacteria in all the ground beef samples made up a small portion of the overall bacterial flora. The most notable drug-resistant organisms were tetracycline-resistant E coli, which was more frequently detected in conventional samples than in RWA samples (54.2% versus 35.2%, P < 0.01), and tetracycline-resistant enterococcus, which was found in 94.8% of conventional samples and 91.1% of RWA samples. In both cases, detection of the resistant bacteria differed significantly by supplier.

Tetracycline-resistant Salmonella, third-generation cephalosporin-resistant E coli, erythromycin-resistant enterococcus, and MRSA were found in smaller amounts among both conventional and RWA ground beef samples, with the researchers concluding that the supplier had a larger impact than the production system.

When the researchers assessed AMR gene abundance, however, they found that two of the most common tetracycline-resistance genes—tetA and tetB—were significantly more abundant in the RWA ground beef.

"I call that, overall, a tie," Schmidt said. "In the end, we found about similar levels of resistance in meat from both production systems."

So how did antibiotic-resistant bacteria and AMR genes end up in the RWA ground beef? Schmidt said that while pinning down the exact source is impossible, it's not surprising that they found them in ground beef that hadn't been exposed to antibiotics.

There's also the possibility that the antibiotic-resistant bacteria and resistance genes in the RWA samples were acquired during processing. Phylogenetic analysis showed that the microbiomes of the RWA and conventional ground beef within a supplier were similar, but varied between suppliers. "That says that something at that actual supplier is contributing to the final flora that you see," Schmidt said, though he pointed out that no conclusions about sanitation can be drawn from the study.

Nor can any conclusions can be drawn about the human health consequences of the antibiotic-resistant bacteria and AMR genes they found. "What the actual impact on human health is…is unclear," Schmidt said. "There are so many steps to get from the resistance we found to hypothesized treatment failure."

Schmidt also added that the findings should not be construed as a license to use antibiotics in food-producing animals without regulation.

Gail Hansen, DVM, a public health and veterinary medicine consultant who was not involved in the research, said the findings are a good testament to how well the beef industry has responded to the 1993 outbreak of E coli O157:H7 linked to contaminated beef patties from Jack in the Box, an outbreak that sickened more than 700 people and resulted in the deaths of four children.

"The industry responded by changing some of their practices, and among the practices they've put into place are sanitary procedures and processes to minimize microbial contamination on ground beef," Hansen told CIDRAP News. "What the study shows is that when you do those things, you reduce bacteria on ground beef, both the antibiotic resistant and the antibiotic susceptible bacteria."