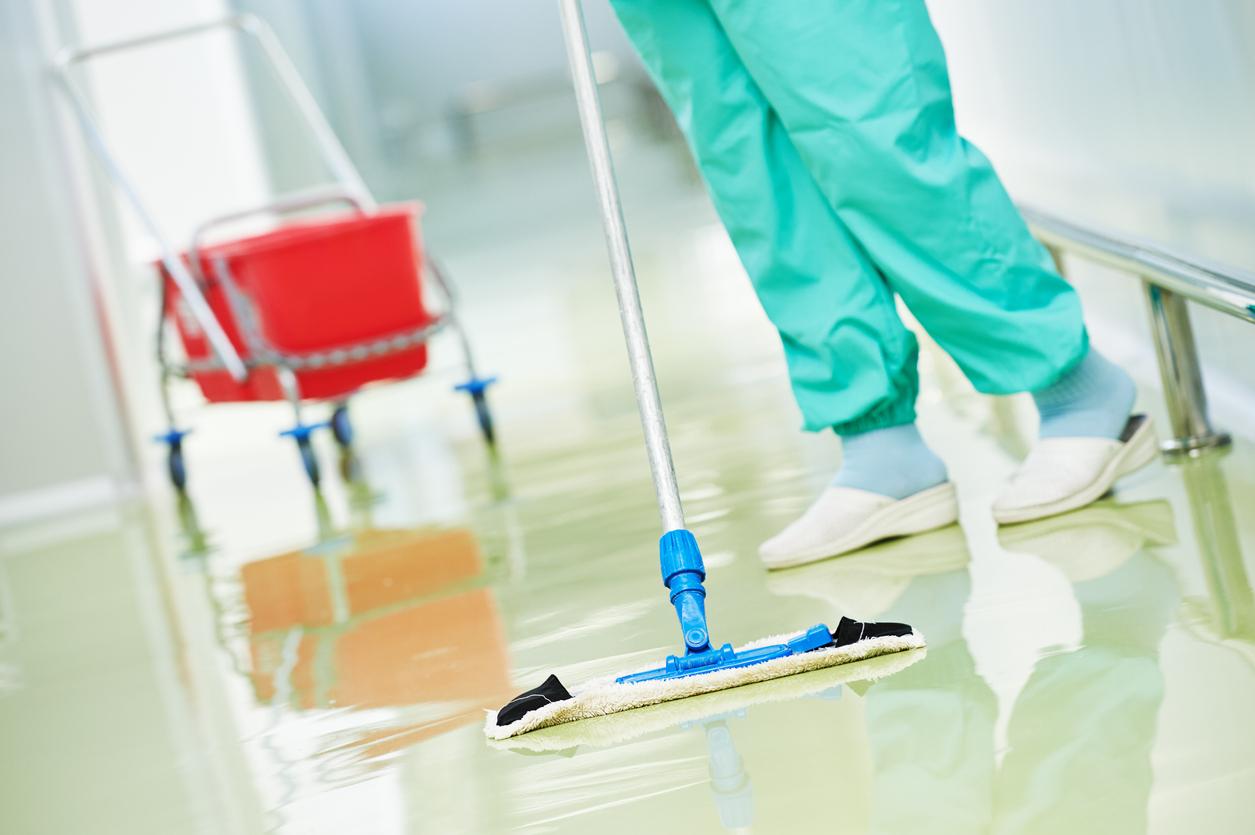 A new study by British researchers suggests standard hospital disinfectants may no longer be enough for preventing the spread of Clostridioides difficile.

In an attempt to better understand the ability of C difficile spores to persist in the hospital and spread to patients, a team led by scientists from the University of Plymouth spiked three different hospital surfaces (surgical gowns, stainless-steel, and vinyl flooring) with different strains of C difficile spores, then cleaned them with a chlorine-based disinfectant recommended by English hospitals for deactivating C difficile spores. After 10 minutes, the spores were still attached to the surfaces, and still viable.

The authors of the study said the results, published in the journal Applied and Environmental Microbiology, indicate hospitals may need to re-examine the effectiveness of strategies to prevent transmission of C difficile, a difficult-to-eradicate bacterium that often spreads via contamination of hospital surfaces.

"The spores of the bacteria were able to grow after decontamination," lead investigator and University of Plymouth microbiologist Tina Joshi, PhD, said in a press release from the American Society for Microbiology (ASM), which publishes the journal. "This shows that spores are becoming resistant and we need to reconsider how we decontaminate and employ hygiene measures in hospitals."

The finding is significant given that Joshi and her colleagues also demonstrated that surgical gowns can quickly pick up C difficile spores from patients and hospital surfaces.

In an experiment designed to mimic transfer of bodily fluids from patients, the researchers applied C difficile spores in a liquid medium directly to surgical gowns for varying time intervals.  After removing the liquid, they found that the spores had adhered to the fibers of the gowns, and that the amount of spores recovered after only 10 seconds of contact with the liquid was roughly equivalent to the amount recovered after 10 minutes.

They then placed sterile sections of hospital gown in direct contact with hospital-grade stainless steel discs and vinyl flooring that had been contaminated with C difficile spores and then allowed to dry. After exposure to these surfaces for up to a minute, the researchers recovered C difficile spores from the gowns, and again found that the length of exposure had no significant effect on the amount of spores collected.

"As there was no significant difference between the contact time of the spores and the recovery of spores from the gown, it appears as though the process of spore transfer occurred rapidly within the first 10 seconds of contact when examining spore recovery from spiked liquid, hospital grade stainless steel and vinyl flooring, respectively," Joshi and her colleagues wrote. "This suggests a clear need to ensure appropriate decontamination of surfaces that a contaminated gown may come into direct contact with in a clinical setting."

Joshi and her colleagues say the results highlight the need to investigate C difficile resistance to disinfectants, develop up-to-date decontamination measures, and ensure that single-use surgical gowns are disposed of immediately.

C difficile is the leading cause of hospital- and antibiotic-associated diarrhea globally. The Centers for Disease Control and Prevention estimates that C difficile causes more than 450,000 infections each year in US hospitals, is associated with more than 29,000 deaths annually, and costs the US healthcare system nearly $5 billion a year.