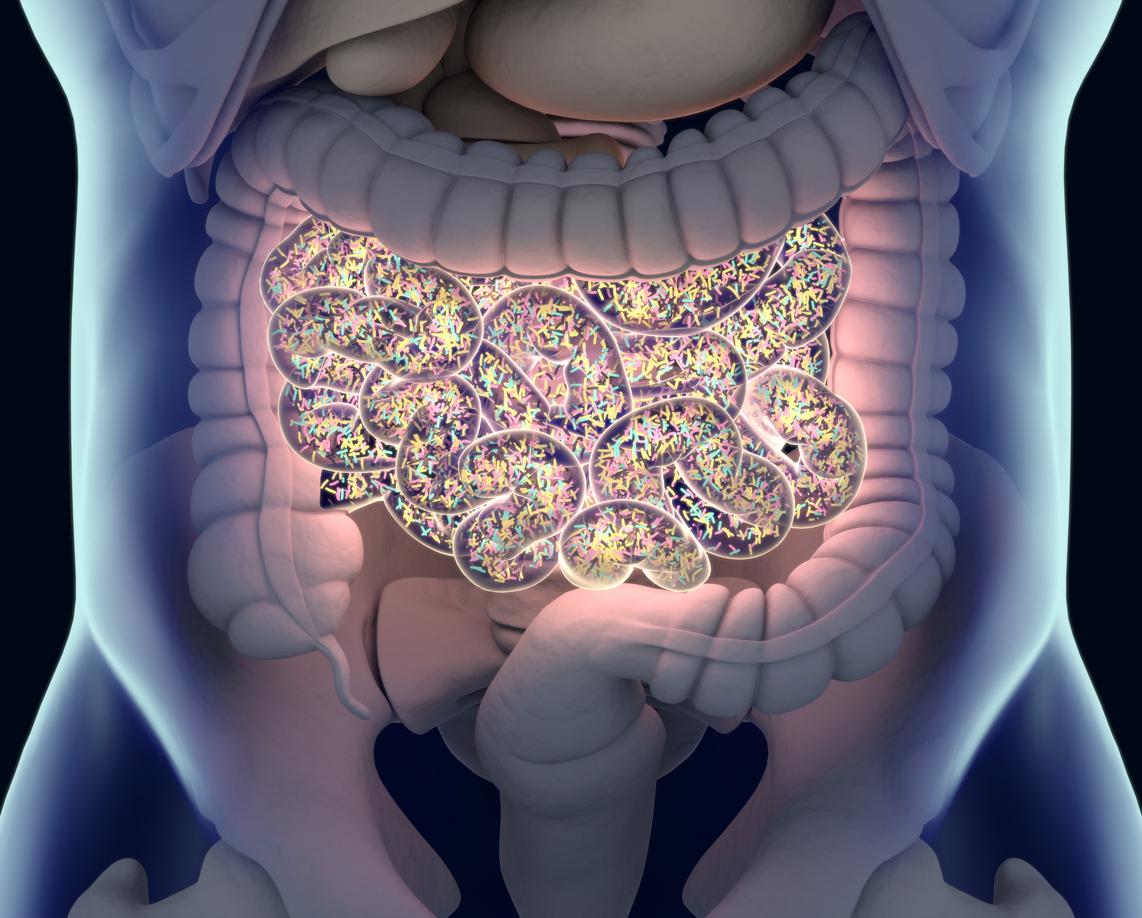 New research by a team of German scientists indicates that antibiotics aren't the only drugs that affect the gut microbiome.

In a study today in Nature, researchers with the European Molecular Biology Laboratory (EMBL) report that more than a quarter (250 out of 923) of non-antibiotic drugs—including antivirals, antipsychotics, acid-reducing medications, chemotherapy drugs, and blood-pressure medications—inhibited the growth of at least one strain of bacteria commonly found in the gut of healthy humans. The researchers also found that consumption of some non-antibiotics may promote antibiotic resistance.

While a growing body of research is looking at the documented effects of antibiotics on the gut microbiome, and what impact that has on human health, this study is the first to systematically profile interactions between non-antibiotics and human gut bacteria.

"The number of unrelated drugs that hit gut microbes as collateral damage was surprising," corresponding author and EMBL senior scientist Peer Bork, PhD, said in an EMBL press release. "This shift in the composition of our gut bacteria contributes to drug side-effects, but might also be part of the drugs' beneficial action."

For the study, the researchers monitored the growth of 40 representative isolates of human gut bacteria upon treatment with 1,079 compounds. The selected strains, grown in lab cultures, represented 38 bacterial species commonly found in the gut microbiome of healthy individuals, including Escherichia coli, Bacteroides fragilis, and Clostridium difficile.

Of the 1,079 drugs tested, 156 had known antibacterial activity (144 antibiotics and 12 antiseptics) and 88 were effective against viruses, fungi, and parasites. The rest were drugs that target human cells rather than microbial cells. The drugs were tested in concentrations within range of what is estimated to be found in the human gut.

Unsurprisingly, the results showed that 78% of the antibacterials inhibited the growth of at least one bacterial species, and several were active against multiple species. Even though antibiotics are used to kill or inhibit specific pathogenic bacteria in patient, many antibiotic classes also target normal gut flora. That's why antibiotic treatment frequently causes gastrointestinal problems and is considered a primary factor in C difficile infection, the most common cause of hospital-associated diarrhea. The disruption of the gut microbiome by antibiotics can enable C difficile to flourish in the intestinal tract.

But 27% of the non-antibiotic drugs tested also affected bacterial growth, including 24% of the human-targeted drugs. These included drugs like omeprazole, a proton-pump inhibitor sold under the brand-name Prilosec; loxapine, which is used to treat schizophrenia; and metformin, an antidiabetic drug. The researchers suspect that the antimicrobial effects of some of these drugs, like metformin, could be directly related to their mechanism of action. And with the antipsychotics, the impact on gut bacteria could possibly contribute to the therapeutic effect.

While most of the 203 human-targeted drugs affected one or a few strains of bacteria, 40 affected at least 10 strains. Chemotherapy drugs, calcium-channel blockers (used to treat high blood pressure), and antipsychotics inhibited more gut bacteria than other medications.

Although the bacterial species' susceptibility to the drugs varied, the researchers report that the species that are most abundant in the gut of healthy individuals were more susceptible, including species like Roseburia intestinalis, Eubacterium rectale, and Bacteroides vulgaris.

"This suggests that human-targeted drugs have an even larger impact to the gut microbiome with key species related to healthy status," the authors write.

This experiment also showed that other genes that have previously been associated with antibiotic resistance contributed to resistance against human-targeted drugs. These findings are troubling, the authors say, because they suggest that taking certain acid-reducing medications or blood-pressure drugs could promote antibiotic resistance by inhibiting susceptible strains of bacteria and allowing drug-resistant strains to flourish.

Since only a fraction of the hundreds of bacterial species in the human gut were tested, the authors say the number of non-antibiotic drugs that inhibit bacterial growth is likely higher, which highlights the need to examine the role that these drugs are potentially playing in microbiome-related diseases.

"Taking into account that abundant members of the human gut microbiome are impacted more by drugs, one could speculate that pharmaceuticals, used regularly in our times, may be contributing to the decrease in the diversity of microbiomes of modern western societies," they write.

But there could be an upside as well, they add. For example, human-targeted drugs that inhibit bacterial growth could possibly be repurposed as antibiotics; the authors note that a number of non-antibiotics specifically inhibited the growth of C difficile. There could also be opportunities to develop personalized therapies directly aimed at the gut microbiota. And further study of how these drugs impact the gut microbiome could lead to improvements that reduce side effects and improve efficacy.