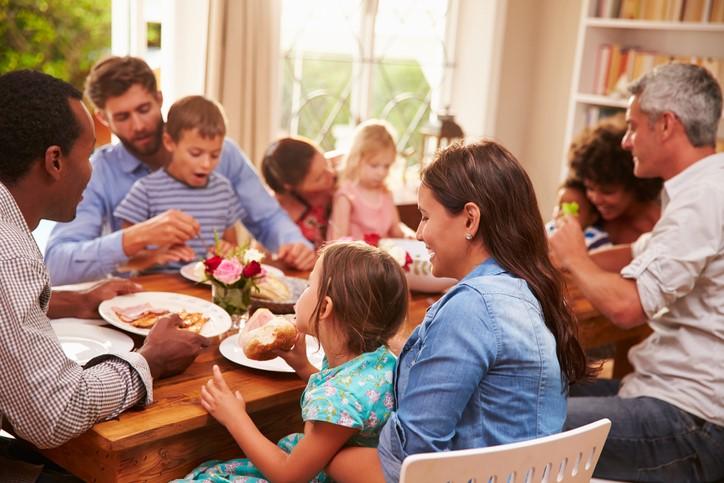 As a pediatric infectious physician in St. Louis, Stephanie Fritz, MD, sees a fair amount of patients with MRSA skin infections, many of which come back over the course of a year. And she and her colleagues frequently see these infections occurring in multiple members of the same family.

As a researcher who's been studying MRSA (methicillin-resistant Staphylococcus aureus) for some time, Fritz has been wanting to get to the bottom of this. Staph bacteria is known to reside on the skin of roughly one third of the population, and while it's well established that Staph infections are transmitted from person to person, the household environment and pets have also been implicated as potential sources. But research on how big a role these factors play in MRSA transmission has been limited.

What Fritz wanted to know was what was driving these within-family infections, and what dynamics were in place. How is MRSA getting into these households in the first place? Were household members getting infected by another family member, from an outside source, or by an item inside the house? What role do pets play? And why was she seeing so many recurrent infections?

"We really wanted to dig deeper," said Fritz, an associate professor of pediatrics at Washington University in St. Louis (WUSTL) School of Medicine and lead author of a study on Staph transmission published yesterday in The Lancet Infectious Diseases. "We wanted to track these dynamics so that we could identify targets to interrupt transmission and acquisition."

That's exactly what Fritz, along with fellow researchers from WUSTL School of Medicine and the University of Chicago, has done in the HOME (Household Observation of MRSA in the Environment) study.

From 2012 through 2015, Fritz and her co-authors recruited 150 pediatric patients who had community-onset MRSA infections and no other health issues, along with their household members and dogs and cats. Over the course of 12 months, they visited the homes of the index patients five times, each time collecting swab samples from the occupants, their pets, and 21 household items (including bed sheets, bath towels, refrigerator door handles, and computer keyboards) and asking more than 100 detailed questions about personal habits and hygiene.

The researchers also performed molecular testing on all S aureus samples (both MRSA and methicillin-susceptible S aureus) collected over the 12 months to identify the particular strain of the bacteria. The molecular testing enabled them to determine whether a Staph strain that was acquired at the 6-month visit to a home, for example, represented an introduction—a novel strain that hadn't been found in previous visits and came from outside the house—or a transmission of a strain that had been previously identified in the home (on a different family member, pet, or household item).

Across all household members, pets, and environmental surfaces, 1,267 strain acquisition events were observed, with the molecular analysis identifying 510 introductions of novel Staph strains, and 602 transmissions of strains within households. What this finding told Fritz and her colleagues was that household acquisition of S aureus and MRSA is driven nearly equally by introduction of novel strains into the household and transmission within the household.

What they also found as they probed deeper into household transmission dynamics was that the household items were not just being passively contaminated with S aureus and MRSA by family members, but were playing an active role in helping spread the bacteria from one family member to another. In several cases, the household item was the only possible source of contamination.

"Because of our strain typing and the longitudinal nature of our study, we could identify that those environmental surfaces actually served as reservoirs for transmission," Fritz said.

Multivariable analyses of the factors involved with Staph introduction and transmission helped flesh out this connection. For example, the researchers found that household members who shared a bedroom or a bath towel with another household member were more likely to be both a source of Staph transmission and a recipient. "It really came down to sharing of personal hygiene items, like towels," Fritz said.

They also found that transmission was more likely in homes that on previous visits had high Staph contamination, in rental homes, and in homes with lower cleanliness scores. Analysis of factors associated with introducing the bacteria into homes found that children who attend daycare are more likely to bring new strains into the home, while people who frequently wash their hands were less likely.

Fritz thinks this finding should be reassuring to people concerned about bringing MRSA—which can cause more serious infections if it gets into the blood, bones, or organs—into their homes.

Pets not the culprit

Another reassuring finding, at least for pet owners, is that while pets were found to play a role in Staph transmission dynamics, they were mostly receiving the bacteria from humans. Only three transmission events occurred in which the pet was the only possible source of the bacteria. This is important, Fritz explained, because patients with recurrent MRSA infections frequently tell her that their primary care physician has suggested that the pet may be the source of the problem.

"For me, one of the take-home messages is do not get rid of your pet," she said. "They are not the major culprit."

Fritz and her colleagues say that better hand washing, use of separate towels and other personal hygiene items by family members, and targeted decolonization of household surfaces could help reduce introduction and transmission of Staph bacteria in homes.