Too many hospitalized kids get preventive antibiotics 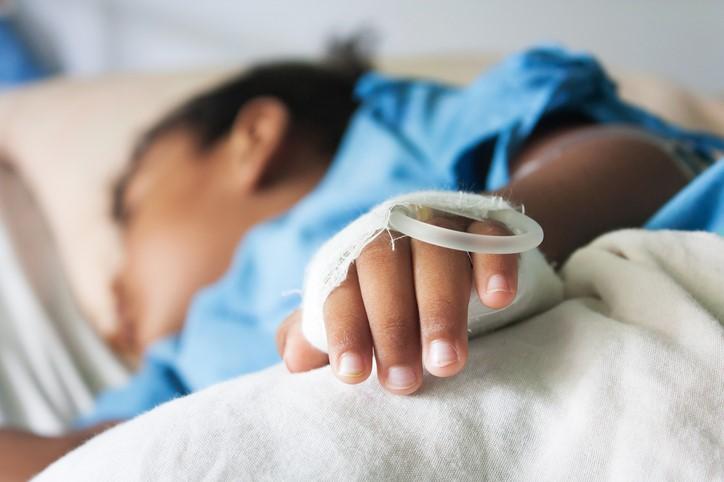 A large new international study indicates that nearly a third of hospitalized children are receiving antibiotics to prevent bacterial infections rather than to treat them, and in many cases are receiving broad-spectrum antibiotics or combinations of antibiotics.

The authors of the study say this high rate of prophylactic prescribing in pediatric patients and frequent use of broad-spectrum agents suggests a clear overuse of antibiotics in this population and underscores the need for pediatric-specific antibiotic stewardship programs.

"In pediatrics, there is far too much unnecessary—as well as too much inappropriate—antibiotic prescribing," lead study author Markus Hufnagel, MD, PhD, a pediatric infectious disease (ID) specialist and professor at University Children's Hospital in Freiburg, Germany, told CIDRAP News. "It is critical for us to preserve the antibiotics that we use, especially since at least to date, there has been little interest in investing in the development of new antibiotics."

The study, published yesterday in the Journal of Pediatric Infectious Diseases Society, evaluated preventive, or prophylactic, antibiotic prescribing practices in 17,693 children at 226 pediatric hospitals in 41 countries, including the United States. The participating hospitals were asked to conduct a 1-day point-prevalence survey (PPS) from October 2012 through November 2012, and investigators then identified children who received at least one antibiotic for prophylactic indications on the day of the survey.

Hufnagel said he and his colleagues did not expect these results.

"Given this large data set, for us there were two big surprises," he said. "First, discovering that a full third of overall antimicrobial prescriptions were for prophylaxis, and second, finding that the rate of medical prophylactic prescribing was even higher than that for surgical prophylaxis."

While the study notes that using antibiotics to prevent infections is contentious, giving adult and pediatric patients antibiotics a few hours prior to surgery is common practice; the purpose is to prevent surgical-site infections (SSIs). Guidelines for surgical prophylaxis emphasize short duration and focused use.

Using antibiotics to prevent bacterial infections in children who aren't undergoing surgery is less common. In some cases, antibiotics are administered to prevent infections that may be passed from mothers to newborns, who have under-developed immune systems. They can also be prescribed prophylactically in children with diseases that weaken the immune system and leave them vulnerable to infection, such as leukemia or sickle cell anemia. However, in addition to inconclusive evidence of effectiveness, there are also concerns that medical antibiotic prophylaxis can contribute to antibiotic resistance and have adverse effects, including Clostridium difficile infection.

Although the researchers did not know the specific reasons why the children in the study were given antibiotics, they did have information on underlying conditions. Roughly 33% of the patients who received medical antibiotic prophylaxis had cancer; Hufnagel said a majority didn't fall into the immunosuppressed category. While the authors can't definitively say that any of the antibiotic prescriptions were inappropriate, the high rate of prophylactic prescribing, they write, "cannot be considered evidence-based."

But while broad-spectrum antibiotics might cover a wider range of potential infections, their use—whether for prophylactic or therapeutic purposes—is also associated with an increased risk of antimicrobial resistance.

Hufnagel and his colleagues also found that in 80.1% of surgical prophylaxis cases, pediatric patients received the antibiotic more than a day before surgery. New guidelines on SSIs from the World Health Organization recommend that for most surgeries, except for cardiac, vascular, and orthognatic procedures, antibiotics should be administered 2 hours before incision.

Other pediatric ID specialists said the high proportion of pediatric patients receiving preventive antibiotics, and the frequent use of broad-spectrum antibiotics, is a significant concern.

"Pediatricians are highly motivated to prevent disease wherever they can," said Susan Coffin, MD, MPH, an ID physician at Children's Hospital of Philadelphia who was not involved in the study. "However, when antibiotics are inappropriately prescribed as prophylaxis, they are much more likely to cause harm than prevent infection."

Coffin said the study, especially at a time of "soaring" rates of antimicrobial resistance, provides important data that highlight the need for improvement in this area.

Hufnagel and his colleagues argue that the findings, while troubling, reveal potential targets for improvement—starting with reducing the overall rate of prophylactic prescribing in pediatric patients. They also call for limiting the use of broad-spectrum antibiotics and cutting prolonged use of pre-surgical antibiotics.

And while Hufnagel believes that pediatric-specific antibiotic stewardship programs can help achieve these goals, he argues that these programs can't simply mimic the programs established for adults.

"Children are not just 'small adults'; they have specific medical issues that need to be addressed as such," he said. "Antibiotic prescribing for a 400-gram preterm infant, or for an adolescent cystic fibrosis patient, is very different from prescribing for adult patients.

"Such difference between pediatric and adult patients make the need for developing pediatric-specific antibiotic stewardship programs all the more urgent."