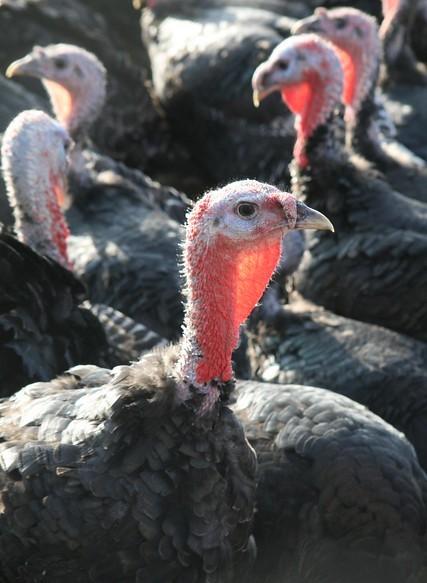 A new report on antimicrobial use in the US poultry industry shows significant reductions in the use of medically important antibiotics in chicken and turkey production.

The report from Mindwalk Consulting Group, based on data that represent up to 93% of annual US broiler chicken production and 82% of US turkey production, shows a substantial drop in the use of nearly all classes of medically important antibiotics from 2013 through 2017, regardless of the route of administration. There was also a shift to greater use of antibiotics that are not medically important.

"That is a lot of antimicrobials being removed from the production system," project lead Randall Singer, DVM, PhD, founder of Mindwalk Consulting Group and a professor of epidemiology in the department of veterinary and biomedical sciences at the University of Minnesota, told CIDRAP News.

The reductions in hatchery antimicrobial use are significant, Singer explained, because the hatchery is where most of the medically important antibiotic use occurs in poultry production.

"In the 2013 data, over 90% of those chicks and poults were getting a hatchery antimicrobial, meaning a critically important drug…that's a lot of treated animals," Singer said. "It's not always easy to pull those antimicrobials out of the hatchery, because they do serve a purpose, and so it required the companies that did make those changes to also have to make major changes within the hatchery and within their houses."

Singer said the substantial reductions in in-feed tetracycline use in broiler chicks and turkeys, along with major reductions in the use of virginiamycin, are significant because these are the main medically important antibiotics used in chicken and turkey feed. In broiler chicken production, use of these drugs was replaced by non-medically important antibiotics.

Gail Hansen, DVM, a veterinary and public health consultant who was not involved in the report, noted that the decrease in the use of ceftiofur, a third-generation cephalosporin, to zero in 2017 is a particularly significant finding for public health, given the concern that the use of medically important antibiotics in food production is contributing to the rise in antibiotic-resistant infections in human medicine.

"The WHO [World Health Organization] considers ceftiofur as a highest-priority critically important drug in human medicine, meaning the loss of use of the drug because of resistance puts treatment of human disease at risk," Hansen said.

Singer says that the reductions are likely the result of a combination of factors, with the 2017 implementation of the Food and Drug Administration (FDA) Guidance for Industry #213 and changes to the veterinary feed directive playing a significant role. These regulations ended the use of medically important antibiotics for growth promotion in food-producing animals, and required veterinary supervision for use of all medically important antibiotics for disease prevention and control.

"The FDA policies definitely made a big difference," he said. "In the past, these in-feed drugs could be included in the feed on the decision of the nutritionist in the feed mill, and now it's all under veterinary supervision."

Hansen says the findings suggest that many producers had begun to change their practices in anticipation of the FDA requirements. "It's reassuring to see that the FDA judicious-use policies, guidelines, and regulations have had the intended effect of decreasing the amount of antibiotics used in poultry," she said.

Singer also believes the reductions are partially related to the poultry industry's response to growing consumer demand for chicken raised without medically important antibiotics. "Many companies have shifted to a no-antibiotics-ever production system, so that's going to reduce your overall amount," he said, "But we know that there are many other reasons as well."

For Singer, the real significance of the report, which was funded by the FDA and the US Poultry & Egg Association, is that it provides a much clearer picture of how antibiotics are being used on poultry farms. And it does so with data provided voluntarily by most of the major US poultry producers.

"These data give people a view of antimicrobial use in poultry production that we've never had before," he said. "Many have wanted these kinds of data for years, if not decades, and in general felt that industry participation would not happen. That kind of voluntary participation...that is a huge success."

The FDA puts out a yearly report on the amount of antibiotics sold for use in food-producing animals in the United States, and the 2018 report showed a 33% reduction in sales of medically important antibiotics from 2016 through 2017. But critics have complained that the sales data don't truly provide any information about antibiotic use on farms, like how many antibiotics are being given to animals, how they're being administered, how long animals are on those antibiotics, and why they're being used.

"Diverse groups, including poultry producers, consumer groups, antibiotic stewardship advocates, pharmaceutical companies, and veterinarians, have been frustrated by the lack of antibiotic use data in the US, so an FDA-funded report that begins to fill that gap is welcome," Hansen said.

This report, in addition to providing data on antibiotic use, also shows the diseases that antibiotics were used to treat in broiler chickens and turkeys—mainly colibacillosis, gangrenous dermatitis, necrotic enteritis (in chickens), and bacterial enteritis (in turkeys)—and when those diseases occur in the lifespan of the animals. And knowing what infections are being treated, and how frequently those infections are occurring, will provide a better idea of whether poultry producers are practicing good antibiotic stewardship.

"I want to make sure we don't lose sight of what the goal is, which is stewardship and responsible use, and focus instead only on continued reductions," Singer said, noting that an increase in certain infections in a given year could mean an increase in use of certain antibiotics. "It's all going to depend on what we experience in a given year."

Singer said that, going forward, he and his colleagues will be collecting more granular data, including which drugs were used in which flocks, for which diseases, and how long the drugs were used. And he's also working with veterinarians on ways to measure stewardship on farms.

"We feel, in the poultry industry, that we are in a position to really help advance that field, and come up with some better metrics for evaluating stewardship," he said.