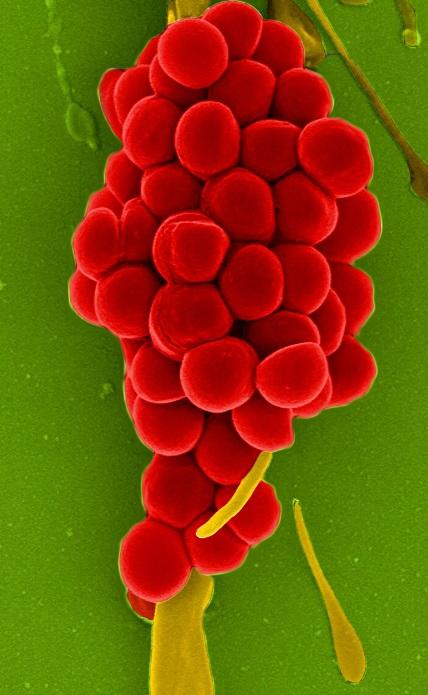 Over the past few years, antimicrobial resistance (AMR) has risen from a technical topic mostly of concern to people in the medical and research communities to a topic of global and political relevance, with a broad coalition of actors advocating for action and raising awareness about the dangers of a world without life-saving antibiotics.

The arrival of AMR as a major global public health threat was highlighted in the United Nations (UN) high-level meeting on AMR in 2016. That meeting—only the fourth time the UN had held a General Assembly meeting to address a health issue—resulted in a commitment from delegates to develop and implement national action plans to address rising drug resistance.

But while there's been a lot of talk about AMR in the ensuing years, there hasn't been as much action. And even before the COVID-19 pandemic became the biggest public health threat the world has seen since the 1918 influenza pandemic, there was a risk that the AMR agenda was losing the momentum it's gathered since the UN high-level meeting.

Those are just a few of the conclusions from a new report on the global AMR response by the Wellcome Trust, which spent the past year speaking with 150 experts from the public health, policy, and scientific communities to craft a strategy for addressing drug resistance in a post-COVID world.

"Activity has not always translated into meaningful action," Tim Jinks, PhD, head of the drug resistant infections priority program at Wellcome Trust, said during a webinar today. "Indeed, one of the things we've learned is that some feel that there's been quite a lot of talking and not so much doing."

Jinks said the AMR community now needs to rethink where AMR is positioned on the global health agenda and how to rejuvenate attention and resources in a world radically altered by COVID-19.

"Now we know the COVID-19 pandemic has made the situation even altogether more difficult, and we need to figure out how we can move forward with renewed vigor and momentum in the global health space," Jinks added.

The lack of meaningful action on AMR and the fact that the danger of untreatable drug-resistant infections has been overshadowed by COVID-19 are two of the critical gaps cited in the Wellcome report. The third gap identified is that advocates haven't determined what the priorities should be in the fight against AMR. There are many possible interventions but a lack of consensus on which one should be prioritized.

"AMR is a complicated issue to grapple with, there is a lot that needs to be done," Jinks said. "But, in fact, that complexity itself has led to a degree of stagnation."

The experts interviewed by Wellcome agreed on the need to rethink where AMR fits as part of the global health agenda. And while they were undecided on whether AMR should be part of an inclusive pandemic preparedness and response agenda that encompasses new and existing pathogens or should remain distinct there was agreement on a set of priorities and funding needs that advocates should "double down" on over the next 10 years.

From 2020 through 2030, the experts agreed, the focus should be on mitigating the risk of antibiotic resistance and its consequences and expanding the evidence base in areas where gaps remain a barrier to action. They discussed seven feasible focus areas that could have a high impact on AMR—what Jinks called a first sketch of a potential critical path.

The focus areas identified include advocating and generating evidence for better access to clean water and sanitation to reduce the transfer of resistant pathogens; enhancing infection prevention and control to prevent resistant infections; developing new antibiotics and vaccines to treat and prevent bacterial infections; expanding surveillance systems to better understand drug-resistance levels; and more appropriate antibiotic use in human and veterinary medicine.

Focusing on these areas, some experts suggested, could result in short-term, small successes that demonstrate a concrete impact and can be easily communicated to a wider audience. And it provides a set of key issues on which to focus resources and attention.

"There are many outstanding questions, but regardless of how these are answered, the response to AMR should not attempt to be all-encompassing in one step," Jinks and colleagues wrote in the report. "An effective strategy will require a focus on a critical path of priority activities."

Damiano de Felice, PhD, of the Access to Medicines Foundation, one of the panelists on today's webinar, said that now that Wellcome has defined this path, the next step will be to identify which groups can take the lead in the various focus areas and determine how to measure and demonstrate progress.

"We need to discuss how to allocate responsibilities within the community and decide who is responsible for what," de Felice said. "I also think it is important that we really try to show progress, not only in terms of policies and actions, but in terms of real outcomes and impacts on the ground."

Jinks agreed. "We need to do a better job of identifying the individual roles of actors across the space," he said. "And the AMR community needs to help those actors define and own targets and objectives that contribute to progress."

De Felice also said there needs to be more political will to address the problem of drug resistance. "We have seen that when there is leadership at the international level and also at the national level, we make progress," he said.

The report also noted that the impacts of COVID-19 on AMR at this point remain unclear. While antibiotic use has increased in certain hospital settings during the pandemic, it has decreased in others because of cancellations of other medical procedures. COVID-19 may boost attention and funding to infectious disease surveillance and infection prevention and control efforts, but it also may divert researchers and resources from bacterial pathogens to viral pathogens. And the economic impact of COVID-19 could mean a loss of funding for critical research.

Either way, there was agreement that the pandemic has shaken up the global conversation around public health and infectious disease and that AMR advocates need to adjust to the new reality.

"Especially in light of a perceived risk of slowing momentum, this highlights the need for a focused new narrative for AMR in a post-Covid-19 world that can rejuvenate attention, resources, and action towards impact," the report said.