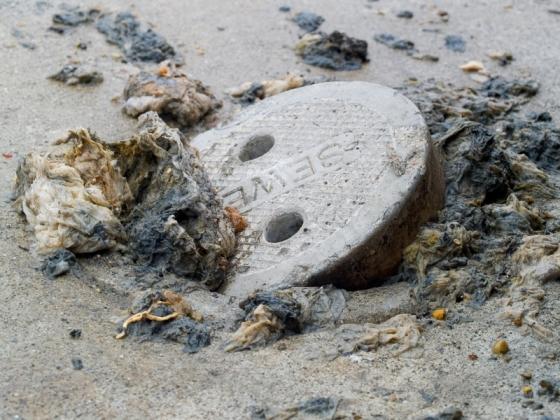 Researchers in Florida have detected the presence of antibiotic-resistant bacteria in samples taken from water and sediment after a 2014 sewer-line spill.

In a new study published in Applied and Environmental Microbiology, researchers from the University of South Florida (USF) reported they found a strain of enterococcus bacteria—Enterococcus faecium—that tested resistant to vancomycin, a powerful antibiotic that is considered a last resort against serious and multidrug-resistant infections.

What's even more concerning is that the vancomycin-resistant enterococcus (VRE) was found to harbor the vanA gene, which can confer vancomycin resistance to other kinds of bacteria.

The researchers found that high levels of VRE and vanA genes persisted in the environment for about 2 weeks after the spill, then diminished steadily. Because they were not able to detect any vanA genes in the water or soil after 2 weeks, they believe the contaminants were sewage-associated and were not present in the environment before the spill, which released approximately 500,000 gallons of untreated wastewater into a neighborhood of St. Petersburg.

While the authors of the study noted that VRE have been detected in the environment before, VRE harboring vanA genes have rarely been found outside of hospitals, where most VRE infections occur. They said the spill in the study was not near a hospital, and that sewage from the nearest hospital flows away from the site where the sewer-line break occurred.

Their concern with this finding is that future sewage spills at beaches and recreational areas could spread vancomycin resistance beyond hospitals and pose a public health threat.

"Most VRE are confined to hospitals, but detecting them in waters of the Tampa Bay community is quite concerning," study co-author Valerie Harwood, PhD, a professor in the department of integrative biology at USF, said in a news release. "People need to be aware of what may be entering the water after heavy rains, accidental spills, or after intentional sewage releases."

The authors urged for monitoring of VRE and associated resistance genes outside of the hospital setting to get a better sense of VRE's presence in the environment and what kind of public health threat it may pose.

Like another powerful antibiotic that's been in the news lately (colistin), vancomycin has been around for more than 60 years but was discarded early on in favor of other antibiotics that were more effective and less toxic. Then, in the 1980s, vancomycin use picked up again. It's now the main drug used against methicillin-resistant Staphylococcus aureus (MRSA). But with increasing use of vancomycin has come increasing resistance.

And like the MCR-1 gene, which can confer resistance to colistin, the vanA gene is carried on a mobile piece of DNA called a plasmid. That means it can be quickly copied and transferred to other strains of bacteria.

The Centers for Disease Control and Prevention (CDC) estimates that roughly 20,000 VRE infections occur in hospitalized patients each year, and that 1,300 deaths can be attributed to these infections. The CDC considers VRE a serious threat.