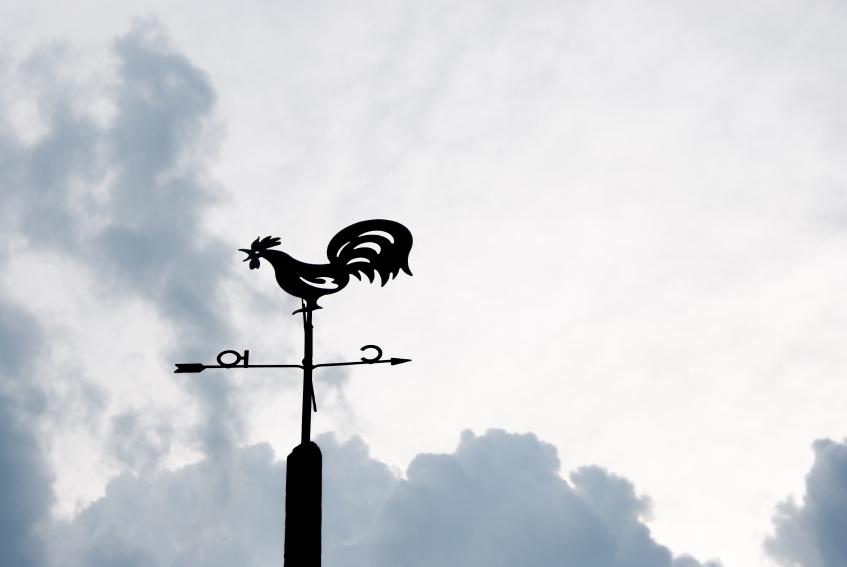 Poultry experts and industry officials say the H5N2 avian flu virus is changing its transmission pattern, hitting multiple neighboring farms instead of widely separated ones, and in the process raising questions about possible airborne spread and even changes in the virus itself.

In the early days of the H5N2 crisis, which began in Minnesota in early March, the virus struck widely separated farms in a seemingly random pattern. And in most cases in Minnesota, only one barn on each farm was affected. The conventional theory was that wild birds had brought the virus to the Midwest and that it was getting into poultry barns via wild-bird feces clinging to workers or equipment.

But now some counties have many infected farms, meaning the outbreaks are close together. Exhibit A is Kandiyohi County, the state's top turkey producer, where 32 farms have been hit. Others are Stearns County, with 14 outbreaks, and Meeker County, with 8.

This has prompted talk of lateral spread of the virus from farm to farm. For example, on a conference call with reporters yesterday, Minnesota State Veterinarian Bill Hartmann, DVM, MS, commented, "Some poultry veterinarians have mentioned that it could be spreading from farm to farm through the air."

"This idea of lateral spread is one theory, it has not been confirmed," he added. His comments were included in a summary of the call provided by the Minnesota Board of Animal Health (MBAH).

Carol Cardona, DVM, PhD, an avian health expert at the University of Minnesota in St. Paul, said the results of epidemiologic investigations have not yet been divulged, but she assumes the speculation about lateral spread of the virus "is based on the fact that there are clusters of farms now starting to appear and the virus appears to have changed, so that now multiple barns are infected all at same time."

"Previously it didn't even spread to the next barn, so it wasn't spreading from farm to farm," she said. "Now it seems to have done that. . . . Multiple barns become infected at the same time."

She suggested that the change in transmission pattern may mean that the virus has mutated in some way. "Influenza mutates with every host it infects," she said. "When it passages through wild birds or through domestic poultry, it will change. That's a given."

A similar view was voiced by an egg company executive in Wisconsin, according to a May 5 story in the Chippewa Herald, a newspaper in Chippewa Falls, Wis. John Brunquell, president of Egg Innovations, Port Washington, Wis., which owns 60 farms, said, "We believe all these infections you're hearing about now are from facility to facility" and that migratory waterfowl are no longer the main vehicle for the virus.

He added that the theory gaining the most support is that the virus has mutated so that it can stay active on feathers, dust, or manure long enough to reach a poultry barn by air after it's blown out of another nearby facility's exhaust system, according to the story.

Another infectious disease expert, Michael T. Osterholm, PhD, MPH, said the changing transmission picture doesn't necessarily mean the virus has mutated. He is director of the University of Minnesota's Center for Infectious Disease Research and Policy, which publishes CIDRAP News.

"There's been evidence of transmission like this before, in the Netherlands, so I'm not sure this necessarily means that," he said. "It could, but we need the isolates tested to find this out. It could be just acting like any other highly pathogenic [avian flu] virus we see, with wind-driven virus transmission. It just hasn't been stopped by the current level of biosecurity."

He said wind-driven transmission is "surely a possibility," but so far its role is unknown. US Department of Agriculture (USDA) officials have mentioned the possibility of H5N2 being carried into poultry houses by windborne feathers or dust.

Possibly lending credence to that theory is a study yesterday in PLoS One. A Dutch research team reported they found avian flu viruses via air sampling in and near barns housing poultry that were infected with several different low-pathogenic avian flu viruses: H7N7, H9N2, H5N2, and H10N9.

The team used filters to take airborne dust samples inside, upwind, and downwind of the poultry barns, then used reverse-transcriptase polymerase chain reaction to detect viruses in the samples. The researchers didn't, however, isolate viable viruses from the environmental samples.

There has been some talk of an air sampling study in Minnesota, but it wasn't clear today if any such study has been launched.

Osterholm said the University of Minnesota, the USDA, and a large poultry company are collaborating on a big case-control study to try to shed more light on the epidemiology of H5N2. He called it an "exhaustive review" that compares affected and unaffected farms.

"It's by far the most comprehensive case-control study I know of that's ever been done on poultry outbreaks," he said. He was unsure when the findings would be released.

The two Minnesota outbreaks announced today are the 32nd event in Kandiyohi County and the sixth in Meeker County, the Minnesota Department of Public Safety (DPS) reported. Flock size information was not yet available for either one.

The two incidents raise the state's count to 84 affected farms in 21 counties. The official bird toll remains at about 5.6 million, which does not include farms where bird counts are still awaited.

In Iowa, agriculture officials today announced that the H5 virus has turned up on two more farms in counties that have been hit before, Osceola and Cherokee, bringing the number of affected sites in the state to 35.

The Osceola outbreak involves a pullet farm housing about 100,000 chickens, and the Cherokee County event affects a turkey farm where the number of birds is pending, according to a statement from the Iowa Department of Agriculture and Land Stewardship (IDALS).

Based on earlier reports, the latest events, if confirmed, increase the overall H5N2 toll in Iowa to at least 20.4 million birds, most of them layer hens.

May 6 PLoS One study