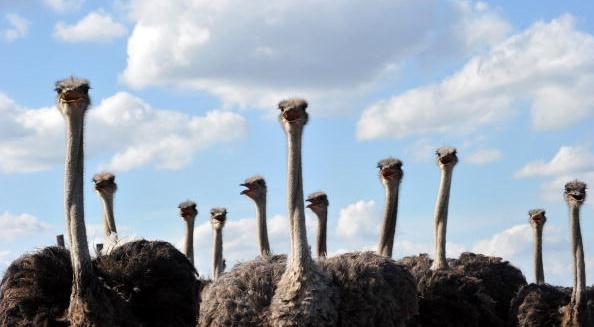 Several varieties of avian influenza viruses have recently struck farms in the United Kingdom, Taiwan, and South Africa, affecting poultry species ranging from chickens to ostriches, according to reports today.

In addition, Minnesota officials said recently that a chickadee tested positive for an avian flu virus, but they couldn't determine if it was the highly pathogenic H5N2 virus that hit 108 turkey and chicken farms in the state this past spring.

In the United Kingdom, a highly pathogenic H7N7 virus struck a farm in the northwestern English county of Lancashire, according to the Department for Environment, Food and Rural Affairs (DEFRA).

The agency announced the outbreak Jul 10 and confirmed today that the virus is H7N7. The statement didn't identify the type of poultry involved, but a Daily Mail story today said 170,000 chickens and turkeys were being euthanized at a farm near the village of Goosnargh.

The last previous H7N7 outbreak reported in the UK involved a low-pathogenic strain that surfaced in Hampshire, on England's southern coast, in February, according to previous CIDRAP News reports.

Taiwan has had three more in a long series of highly pathogenic H5N2 outbreaks that began in January, authorities told the World Organization for Animal Health (OIE) in a report today.

The outbreaks involve a chicken farm in Changhua county and a turkey farm in Yunlin county, both in the west-central part of the island, and a goose farm in the southwestern city of Kaohsiung, the report said.

The virus killed 5,527 of 25,640 birds on the three farms, and the rest have already been culled to prevent any further spread, the report said. The farms have been cleaned and disinfected, and other farms within 3 kilometers will be under special surveillance for 3 months.

Officials said 868 of 4,557 ostriches on the farms were sick, but there were only 10 deaths, all on one farm in Eastern Cape province. The farms were quarantined, but none of the birds were euthanized, according to the report.

The latest H5N2 outbreaks are listed as part of a series that dates back to August 2014.

In Minnesota, an H5 virus was identified in a chickadee that was turned in to a wildlife rehabilitation center Jun 10, the state Department of Natural Resources (DNR) said in a Jul 10 press release. It represents the second detection of an H5 virus in a Minnesota wild bird this year. The bird was found in Ramsey County, which includes St. Paul.

Lou Cornicelli, PhD, DNR wildlife research manager, said in the release that the finding is the first detection of avian flu in a Minnesota songbird. "This is further evidence that while waterfowl species can serve as a reservoir for avian influenza, other species are susceptible to the disease."

He said the DNR doesn't know where or how the chickadee was infected, "but these results highlight the complexity of how this virus is spread." He added that the laboratory that tested the bird was unable to determine the precise virus strain.

In April the DNR reported finding the highly pathogenic H5N2 virus in a Cooper's hawk in Yellow Medicine County, the first detection of the virus in a wild bird in Minnesota. The virus was not found in any of more than 600 wild geese tested by the DNR this year.

DNR Commissioner Tom Landwehr said the agency is seeking more information about the chickadee and plans to expand testing of ducks and geese, including hunter-killed birds, this summer and fall.