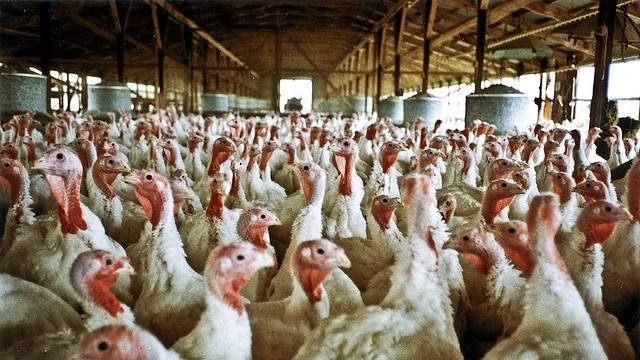 Elsewhere, more HPAI H5N2 was reported today in Taiwan, and Burkina Faso noted several outbreaks of H5N1, which, unlike the H5N2 strain, has been reported in people, proving fatal in almost 60% of confirmed cases.

The USDA's Animal and Plant Health Inspection Service (APHIS) confirmed HPAI H5N2 in a commercial flock of 53,000 turkeys in Beadle County in the east-central part of South Dakota, the agency said today.

The flock experienced "increased mortality," APHIS said, but the number of dead poultry was not specified. The farm is located within the Central flyway. Last week a wild Canada goose tested positive for the virus in Wyoming, also along the Central flyway, and in mid-March a backyard flock of chickens and ducks in Kansas tested positive for H5N2, marking the first incursion of the Eurasian-lineage virus into the flyway.

Other H5N2 outbreaks occurred last month on turkey farms in Minnesota, Missouri, and Arkansas, which are along the Mississippi flyway. These were preceded by a number of H5N2 findings beginning in December in wild birds and backyard poultry flocks in Washington, Oregon, and Idaho.

State officials quarantined the farm, and birds on the property will be culled to prevent disease spread, APHIS said. The farm's turkeys will not enter the food system. The South Dakota Department of Health is working with farm workers to ensure they take the proper precautions.

The newly affected farm in Minnesota is in Nobles County in the far southwestern corner of the state. The previous three Minnesota outbreaks were farther north, in west-central and central counties. The four farms housed about 170,000 total turkeys.

APHIS said the virus was detected in a flock of 21,000 turkeys located in the Mississippi flyway. The flock also experienced an undisclosed number of bird fatalities, and tests at the University of Minnesota Veterinary Diagnostic Laboratory and the APHIS National Veterinary Services Laboratories in Ames, Iowa, confirmed H5N2.

State officials quarantined the farm, and birds from the flock will be culled and will not enter the food system. As with the previous outbreaks, Minnesota Department of Health officials are working with poultry workers to ensure they're taking adequate precautions.

Also today, Taiwan has reported H5N2 avian flu outbreaks on two goose farms in adjacent counties on the western side of the island, according to a report posted today by the World Organization for Animal Health (OIE).

One farm, Changhua County, houses 3,660 geese, and the second, in Yunlin County, houses 4,000. Of the 7,660 susceptible birds, 2,226 died from the disease, and the rest were destroyed to prevent the outbreak from spreading. Taiwan has confirmed scores of H5N2 outbreaks in poultry this year.

In Burkina Faso, HPAI H5N1 has been confirmed in four outbreaks in the central part of the country, affecting almost 190,000 domestic birds, according to an OIE report yesterday.