How prepared is the US for an avian flu redux? 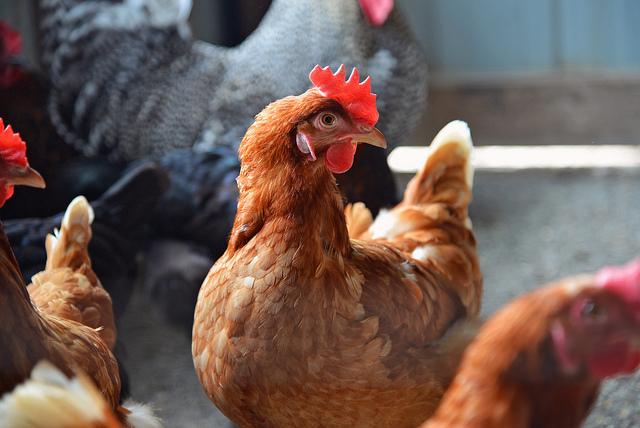 Experts say the United States could well see H5N2 or another strain of avian flu in poultry again this year, and although federal officials have implemented steps in the past 2 years to better prepare for outbreaks, many questions remain about how the virus infects poultry and spreads from farm to farm.

On Jan 9, the US Department of Agriculture (USDA) confirmed that a wild mallard duck in Montana had died from H5N2, a highly pathogenic avian flu strain that in 2015 affected farms in 15 states and led to the culling of more than 43 million poultry, with an estimated $3.3 billion in economic losses.

"This confirmed H5N2 in a wild mallard duck in Montana keeps us on high alert," said Donna Karlsons, a public affairs specialist with the USDA's Animal and Plant Health Inspection Service (APHIS). "We know the disease is out there and serves as a great reminder for constant biosecurity vigilance. There is never a good time to ease up on biosecurity, and it remains our greatest asset to protect against avian influenza."

But, unlike in 2015, Karlsons said there are better safeguards in place to protect American poultry.

"We've held training sessions with industry experts on composting [of dead birds from an infected flock]," she said. "And we've purchased additional equipment to help us respond to outbreaks more quickly and efficiently."

To reduce economic losses, APHIS has also trained states and industry personnel on a new permitting system that will allow for "continuity of business"—enabling movement of unaffected poultry and products out of a control zone should an outbreak occur. Karlsons did not provide details on the continuity plan or its scientific basis but said it is subject to change depending on the severity of an outbreak and allows farms to protect against losses.

Steve Olson, the executive director of the Minnesota Turkey Growers Association, said the USDA has made concerted efforts to streamline responses in the past 2 years,

"We've done tabletop exercises with emergency responses in place, we went through drills and scenarios, and looked at the wrinkles that happened [in 2015]," said Olson. "And there are now biosecurity standards for each farm to have in place to prevent a bottleneck at the federal level."

Olson explained one significant change since 2015: The implementation of the "Danish Entry" system. This low- to no-cost intervention stipulates that each person entering a farm sits at a bench in an entryway and changes shoes and clothes to provide a physical barrier to outside pathogens that could be novel to that farm.

Acting quickly and avoiding a bottleneck, Olson said, is the most important tool when facing a high-path avian influenza outbreak.

"The number one thing identified after the 2015 outbreak was that we need to depopulate birds quicker, within 24 hours," he said. "Agricultural workers need to recognize the clinical signs faster, but everyone has a role in halting avian flu, whether it's the UPS driver who comes on the farm or the worker taking care of the birds on a day-to-day basis."

Lou Cornicelli, PhD, wildlife research manager at the Minnesota Department of Natural Resources, said the state has been on high alert for high-path avian flu since February of 2015. So far this winter he's overseen the testing of 1,000 wild ducks, none of which have tested positive for H5N2 or other highly pathogenic viruses.

"Despite our best efforts we're not finding the virus in wild birds," Cornecelli said. He also explained that while wild birds could play a role in transmitting the virus to poultry flocks, the relationship is murky at best.

"Poultry farms are not actually very good habitats for wild waterfowl," said Adelman, who recently completed a study, not yet published, of small birds and small animals and their ability to transmit avian flu.

"The thinking was that maybe it was these small birds and critters carrying the disease onto farms in 2015," said Adelman. "But we found no evidence of the viruses in these animals."

That means, Adelman said, its likely humans are the "smoking gun," and why biosecurity—preventing pathogens from get into a flock of poultry—should be the focus of any outfit's avian flu prevention plan.

Poultry in Minnesota and Iowa were especially hit hard in 2015.

The question of biosecurity is one that's troubling avian influenza experts this season as a strain of H5N8 has been wreaking havoc in Europe this winter and has expanded into the Middle East, North Africa, and Asia.

The strain of H5N8 virus, clade 2.3.4.4, that has decimated poultry flocks in Germany, Iran, and elsewhere was first detected in Siberian waterfowl last July. Within 6 months, the virus traveled along migratory paths to the Middle East and Europe, where it first appeared in wild birds in November and has moved on to flocks of ducks, chickens, turkeys, and other poultry.

David Morens, MD, a senior advisor at the US National Institute of Allergy and Infectious Diseases, said the strain of H5N8 circulating this year reminds him of the H5N1 virus from 20 years ago.

"Twenty year ago, H5N1 went across Asia, and we hadn't seen that kind of flu activity in poultry before," said Morens in an interview. "This new situation appears to be related to wild birds and a brand new clade of the H5N8 virus, and, just like H5N1, there's evidence it's being spread by wild birds."

But this type of spread confounds experts like Morens, who explained that new clades of H5 avian flu viruses typically develop in chickens and are spread through agricultural practices—not via wild birds. Morens co-authored a commentary on the new H5N8 clade and its possible origins 2 weeks ago in Emerging Infectious Diseases.

"This is a mystery we don't have answers to," said Morens. "But it is telling us that the avian influenza virus is capable of adapting to all sorts of situations."

"We don't know what this means or if there are any implications for humans, but there are potentially big economic repercussions if US poultry is hit with an H5 virus," he said.