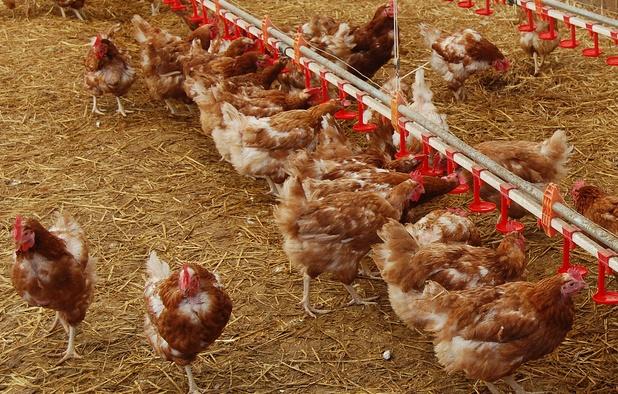 The US Department of Agriculture (USDA) issued a report on it plans and preparedness steps for a likely return of highly pathogenic avian influenza (HPAI) in US poultry this fall as turkey growers followed suit.

HPAI, primarily the H5N2 strain, affected more than 48.8 million poultry in 21 states earlier this year, hitting Iowa and Minnesota the hardest. APHIS officials have used the time since the last detection was reported on Jun 17 to prepare for a return of the disease, using a hypothetical worst-case scenario, the agency said in a Sep 18 press release.

The USDA's worst-case scenario that it used for planning purposes involved 500 or more commercial farms of various sizes across a wide part of the country, according to the report, titled, "Fall 2015 HPAI Preparedness and Response Plan." The exercise included multiple sectors of the poultry industry at the same time.

The 2015 outbreaks hit 211 commercial and 21 backyard poultry holdings, primarily in the spring. They cost taxpayers $950 million, the report says.

The APHIS plan for preventing and responding to future HPAI outbreaks, in collaboration with industry and state partners, includes:

Regarding enhanced surveillance, the report says the USDA anticipates that 40,000 wild bird samples will be collected from July 2015 to June 2016. The report noted that 6,000 samples were collected in July and August, with no HPAI detections.

To bolster local preparedness and response, APHIS surveyed state officials about personnel, equipment, emergency plans, disposal options, and other components of HPAI planning, with a particular focus on the top 20 turkey-, chicken-, and egg-producing states

All 50 states and 5 US territories responded to the survey by Jul 24, the report says.

Although improvement in readiness is needed, the agency said, "We conclude that the 20 critical worst case scenario States have all made significant efforts in implementing detection, preparedness, and response capabilities for future HPAI cases. The majority have also collaborated with their industries to improve education and awareness about HPAI."

APHIS conducted a similar survey among poultry industry representatives, with a response deadline of Aug 28. "Those data are still being analyzed, and a summary report will be posted on line when that work is complete," APHIS said in the report.

In the depopulation document, APHIS says its goals for HPAI response are to (1) detect, control, and contain HPAI in poultry as quickly as possible; (2) eradicate HPAI virus using strategies to protect public health and the environment and stabilize agriculture, the food supply, and the economy; and (3) provide evidence-based approaches to facilitate continuity of business.

"The objective is to allow the United States to regain disease-free status without the response effort causing more disruption and damage than the disease outbreak itself," the guidance states.

The USDA's primary strategy for eliminating HPAI in poultry is stamping out, which the World Organization for Animal Health defines as "Killing of animals which are affected and those suspected of being affected in the herd and, where appropriate, those in other herds which have been exposed to infection by direct animal to animal contact, or by indirect contact with the causal pathogen; this includes all susceptible animals, vaccinated or unvaccinated, on infected establishments."

"The USDA will continue to evaluate with States, producers, and industry the potential use of HPAI vaccine," the guidance says. "However, stamping-out of HPAI infected poultry will always be part of any HPAI response policy, even if a protective vaccination strategy is implemented."

The goal is to depopulate the affected farm within 24 hours, APHIS says. "In almost all cases, water based foam, carbon dioxide, or alternative methods will be the depopulation methods available to rapidly 'stamp-out' the HPAI virus in poultry," the guidance states.

If those methods cannot meet the 24-hour goal, however, the agency allows the use of ventilation shutdown if approved by a national APHIS coordinator. Some consider this method less humane.

Meanwhile, the National Turkey Federation (NTF) has released an HPAI response manual for its members that includes advice and checklists to help coordinate response efforts.

"These tools will help NTF members to deal with an HPAI outbreak as well as reassure our key stakeholders that the poultry industry is working decisively and effectively to protect public health and the food supply," said NTF Vice President Lisa Wallenda Picard in a Sep 18 NTF news release.

The 57-page manual—released to NTF members but not posted on the NTF Web site—includes recommendations on HPAI confirmation in a newly affected state, appraisal and indemnity procedures, surveillance of nearby farms and backyard flocks, control of poultry movement, testing requirements, alerts about responders' health, and other information.