WHO: Several factors fueling surge of H5N1 in Egypt 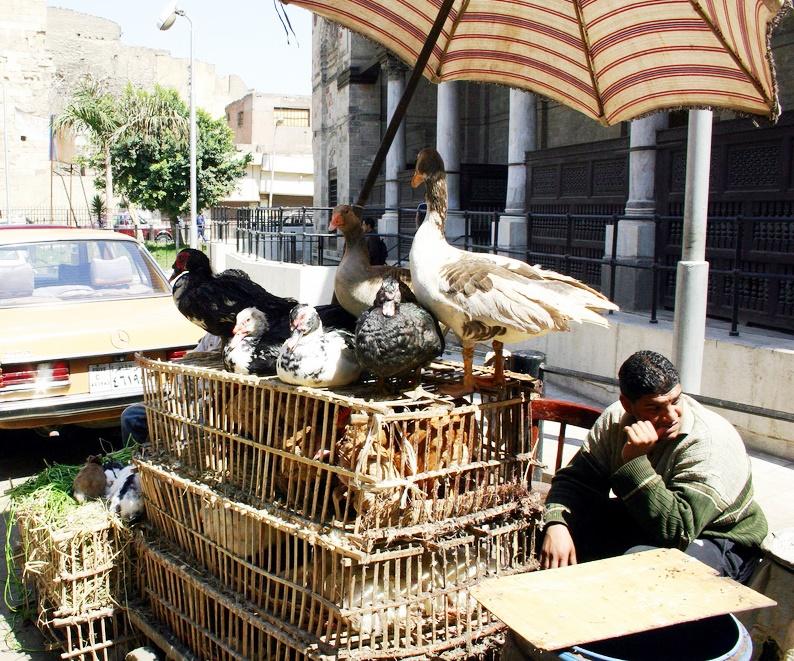 All but one of the March cases in Egypt involved poultry exposure., Christopher Rose / Flickr cc

In a monthly zoonotic flu update today, the World Health Organization (WHO) said it received reports seven more H5N1 avian flu cases that were not reported on Apr 9 by the WHO's Eastern Mediterranean regional office.

The recent Egyptian cases are some of the 42 H5N1 infections confirmed in March, 11 of them fatal, in Egypt, China, and Indonesia, most of which were previously reported.

Egypt's 37 cases reported in March are from 14 different governorates, with February illness onsets for 14 and March onsets for 13. Patient ages range from 1 to 77 years, with a median age of 24 and 38% of cases in children younger than 10. Twice as many females were sickened by the virus as males.

All but one patient had been exposed to poultry or poultry markets. The March cases include a mother and son from Sharqia governorate who got sick on the same day and had both been exposed to backyard poultry. No cases have been reported in the contacts of the other cases.

The WHO said the surge of cases in Egypt that started in November appears to be caused by a combination of factors, including increased H5N1 circulation in poultry. It said there are reports of an increased number of outbreaks and H5N1 detections in Egyptian poultry compared with previous months and compared with this time frame in past years.

So far lab tests on a limited number of samples from birds and people haven't detected any changes in the virus that would make it more transmissible to humans, but a more in-depth analysis is under way, the WHO said. It added that the epidemiology of the disease in Egyptian people hasn't changed, with females more affected than males, a third of cases occurring in children, and a lower proportion of fatal cases from the disease than for other countries, especially in youngsters.

The WHO said other factors that could be fueling the unprecedented surge include an increasing number of small farms and household flocks, lower risk awareness, and colder weather, which could put people in closer proximity to poultry and create a more favorable environment for virus survival.

All these factors have been outlined by the WHO in its previous updates on the situation in Egypt.

The other H5N1 cases reported in March are 3 in China and 2 in Indonesia.

The new cases appear to raise Egypt's WHO-reported total so far this year to 132 cases, which is slightly lower than a running case count based on health department and other officials sources kept by FluTrackers, an infectious disease message board. FluTrackers has collected reports on 137 cases so far this year.

Despite the gush of cases from Egypt and the sporadic cases reported elsewhere, the H5N1 virus doesn't appear to transmit easily among people, and the cases reported in March all occurred in countries where the virus is endemic in people, the WHO said. It added, however, that more studies are needed to understand human risk factors, whether mild cases are occurring, and if virus changes are making H5N1 more transmissible from birds to people.

Regarding H7N9, the WHO said that so far China has reported 631 cases, 253 of them fatal, since the virus first emerged about 2 years ago. The total reflects 29 more cases and 26 more deaths than the WHO's last monthly update on Mar 3.

The agency added that H7N9 detections are still occurring in poultry in locations where human cases are detected, that no major genetic changes have been detected in recent samples, and that the virus still doesn't transmit easily among humans.

Mar 31 WHO monthly flu at the animal-human interface update