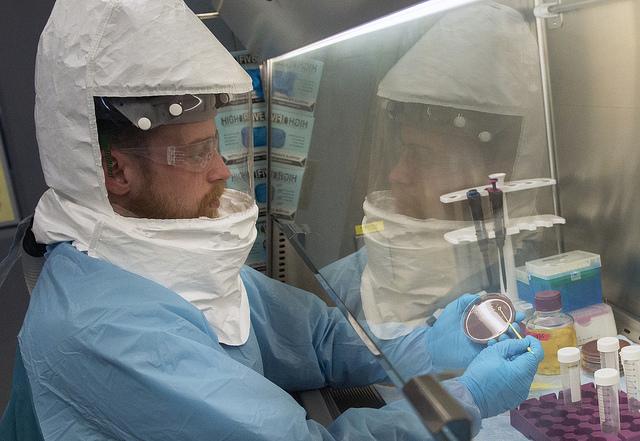 The US Government Accountability Office (GAO) yesterday released the results of an investigation into lawmaker concerns over the federal Select Agent Program's (SAP's) oversight of high-containment and found some weaknesses, including instances of agencies overseeing their own labs, a need for more focus on the highest-risk activities, and understaffing.

House of Representatives committee members in May 2015 asked the GAO to review SAP oversight following a string of high-profile incidents at federal labs, such as problems with Ebola virus inactivation at a Centers for Disease Control and Prevention (CDC) lab that led to possible lab worker exposure and inadvertent shipment of live anthrax spores from an Army facility to dozens of outside labs.

The GAO released its 74-page report ahead of a House Energy and Commerce hearing tomorrow, where the GAO and officials from both federal departments will testify. As part of GAO fact-finding, investigators held a 2-day expert meeting at the National Academy of Sciences in January, reviewed current select agent policies and laws, interviewed US SAP officials, and talked to officials who lead similar oversight in Canada and Great Britain.

The GAO found lapses in each of the five key areas that it identifies as key to effective oversight.

One was that the SAP needs more independence so that CDC and APHIS aren't overseeing labs within their agencies, which poses potential conflicts of interests. For example, officials found that on at least three occasions, APHIS staff led investigations of other labs within the USDA.

The investigators noted that the CDC and APHIS have taken some steps to reduce possible conflicts of interest. The report added that the two agencies benefit from the ability to access experts in each other's agencies, but more efforts are needed to proactively assess potential problems.

Another lapse the GAO found was that the SAP's program and regulatory reviews aren't always tailored to the highest-risk activities—for example, counting vials without making sure they weren't compromised—partly because the program hasn't formally assessed them.

Both the CDC and APHIS lack enough inspection staff to complete their work in a timely manner, which the GAO said contributed to heavy workloads that created morale problems, as well as delays in issuing reports that, in turn, can lead to delays in taking corrective actions.

Though the SAP has made some strides toward improving transparency with the public, the team said more efforts are needed to keep the public in the loop about activities conducted at labs as a way of building more trust.

Another shortcoming the GAO found was a lack of joint strategic planning documents.

When they compared US SAP activities with those from other countries, GAO investigators found that foreign groups had more structural independence and targeted their reviews based on lab-incident history and facilities that conduct high-risk activities.

Officials from HHS and the USDA both reviewed the GAO's findings in advance of the public release. The HHS agreed with all of the recommendations pertaining to the CDC, while the USDA agreed with the GAO while spelling out the next steps it would take.

The House committee hearing is tomorrow morning, and witnesses include officials from the GAO and select agent directors from the CDC and APHIS.

GAO: Many US agencies have gaps in lab safety policies