Revised health preparedness index grades US at 7.4 out of 10 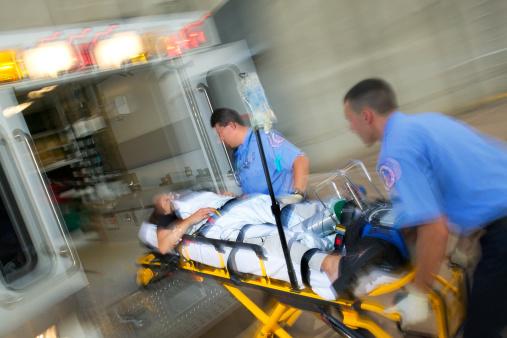 The second annual edition of a national public health preparedness assessment, developed by a large coalition of groups and stocked with new and updated content, awards the United States a respectable overall grade for readiness to protect people during a health emergency or disaster.

The National Health Security Preparedness Index (NHSPI) gives the nation a 7.4 on a 10-point scale, which "suggests that substantial health security preparedness capability exists across the nation with progress to sustain and build upon," said a press release from the NHSPI coalition. "It also suggests significant work still needs to be done."

The 7.4 score compares with a 7.2 in the report's first edition, released a year ago. But the group said it's not yet appropriate to make year-to-year comparisons, because the structure and methods of the report are rapidly evolving.

The report, billed as the most comprehensive of its kind, was released by the Association of State and Territorial Health Officials (ASTHO) in partnership with the US Centers for Disease Control and Prevention (CDC) and more than 35 other organizations, such as the American Hospital Association, multiple federal agencies, the Mayo Clinic, and preparedness research centers at several universities.

US strong on countermeasures, surveillance

"This year's Index more fully reflects the range of components influencing health security of our states and the nation," said Tom Inglesby, MD, chair of the NHSPI Steering Committee, in the press release. "With Ebola in West Africa, a resurgent strain of enterovirus in the United States, floods, mudslides, and wildfires in 2014, the importance of preparedness is all the more visible.

"We hope the 2014 NHSPI will be used to drive dialogue, build partnerships, and strengthen preparedness across the United States for these and many other disasters."

The new edition includes 75 new variables or measures under the six health preparedness domains, plus updated data for 90 existing measures; the 2013 report included 128 measures. The environmental and occupational health domain was added to cover such dimensions as food and water security and environmental monitoring, according to the report.

In other changes, the healthcare delivery domain was revised to better align its structure with that of the healthcare system and to better reflect that disaster response capability builds on the strength of everyday systems, NHSPI officials said.

In addition, a "legal and administrative preparedness" subdomain was added to emphasize the importance of establishing legal authorities and principles in advance of an emergency.

The states' overall scores ranged from 6.5 to 8.2, yielding the overall national grade of 7.4.

For the six preparedness domains, the overall national grades and the state ranges are as follows:

For the new sub-domain of legal and administrative preparedness, under incident and information management, the overall score is 8.1, with a state range of 5.9 to 10.0.

The press release said the NHSPI is valuable not only for its results but also for its design and ability to drive conversation, adding, "Field users report that the 2013 Index is useful for describing the many factors influencing health security preparedness, the development of new collaborations, and mobilization improvements."

The index will be further developed in 2015 under new leadership from the Robert Wood Johnson Foundation (RWJF), according to the release. The foundation plans to incorporate other sectors that influence health security preparedness into the index, use model analysis and validation studies to help improve it, and develop new Web-based features and tools. The foundation has engaged the University of Kentucky to help manage the project.