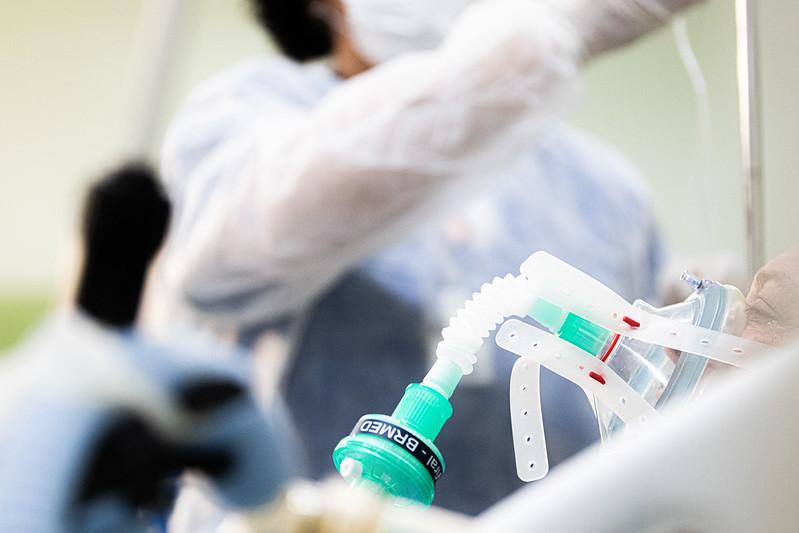 The worsening COVID-19 surge in Brazil—a dire situation that has filled much of the country's intensive care unit (ICU) capacity—is affecting its neighbors, officials from the Pan American Health Organization (PAHO) said today. The group urged people and their leaders to take steps that slow the spread of the virus.

Brazil cases surge in all regions

At a briefing today, Sylvain Aldighieri, MD, PAHO's incident manager, said transmission in Brazil is very high and increasing in all regions, unlike the spike in 2020 that affected only a few regions. He said 26 of the country's 27 federal units have ICUs under stress, with 23 reporting more than 85% of ICU beds occupied.

The country is battling the more transmissible P1 SARS-CoV-2 variant, which has now been reported in 15 Americas countries, Aldighieri said. Since the variant emerged in Amazonas state in late 2020, Brazil has experienced two spikes: one 2 weeks after Christmas and one 2 weeks after Carnival (Feb 12 to 17).

Carissa Etienne, MBBS, MSc, PAHO's director, said it's critical for Brazilians to take prevention steps to slow the spread of the virus. "It can save your life and the lives of those closest to you," she said.

Yesterday, Doctors Without Borders (MSF) said it is readying more emergency teams to help out in Brazil. Ana de Lemos, the group's executive director in Brazil, said in a statement yesterday, "We are facing an epidemic that is out of control, with health systems in most Brazilian states on the verge of collapse or already lying in ruin." MSF has already been working in Amazonas state and has staff in Roraima state in the north, with plans to start activities in Rondonia state. The latter two location are in the north, where medical supplies and health workers are in short supply.

In South America's Southern Cone, cases continue to rise in Uruguay. The country has reported more than 1,000 cases per day several times in the past few weeks, which Etienne described as "alarming, given the size of the country." In Paraguay, the majority of ICU beds are filled and the system is bucking under pressure, she added.

"What I've just described is an active public health emergency," she said. "The COVID-19 virus is not receding, nor is the pandemic."

Etienne said vaccines are coming, but they are still several months away for most of the region. Twelve PAHO countries have received 2.16 million doses of COVAX vaccine, with Brazil receiving its first doses though the program—more than 1 million—2 days ago.

In a related development, a group of top Brazilian business leaders and economists published a letter blasting the government's COVID-19 response without naming President Jair Bolsonaro, who has downplayed the crisis and has resisted the implementation of strict public health measures, according to Reuters.