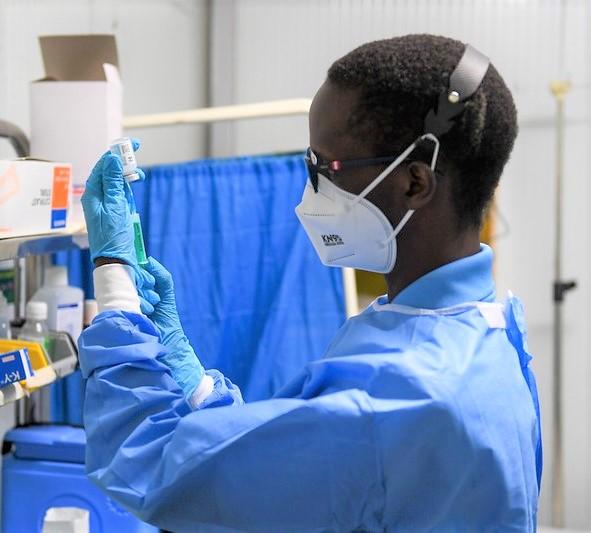 Though all Americans age 50 and older are now eligible to get a second booster of COVID-19 vaccine, the Centers for Disease Control and Prevention's (CDC's) Advisory Committee on Immunization Practices (ACIP) said some groups may benefit more than others from the shot.

The immunocompromised, those who live with the immunocompromised, and those at great risk for severe COVID-19, should probably consider getting a fourth dose of mRNA vaccine—a second booster—as soon as possible. But people who have had COVID-19 within the last 3 months and older—but healthy—adults who want to wait until the fall to get a booster are likely okay to take a wait-and-see approach.

"For every COVID-19 vaccine dose recommended, uptake declines," said Sarah Oliver, MD, MSPH, of the CDC during a presentation on the future of boosters in the United States. Oliver said it was important that the timing of future booster dose recommendations match the country's goals with future vaccination campaigns: Is the goal to stop all infections? Or to limit severe outcomes?

ACIP members voiced concerns about booster fatigue, and creating the impression that a vaccination program that required large swathes of the population to get boosted every 4 to 6 months would be viewed as unsuccessful. They also emphases that the primary series of vaccines, the first two doses, remained the most important in terms of preventing deaths.

No votes were cast today as ACIP members discussed these questions.

According to the CDC, 4.3 million people 50 and older have received a fourth dose. The CDC COVID Data Tracker shows that 66% of Americans are fully vaccinated against COVID-19, 77.4% have received at least one dose of vaccine, and 45.5% of those eligible have received their first booster dose.

The increase in cases is likely tied to the rise of the BA.2 subvariant. The CDC Nowcast estimates that BA.2 accounts for 74.4% of circulating lineages in the country, and BA.2.12.1 accounts for 19%.

The Biden administration said yesterday that it intends to appeal a Florida judge's ruling that struck down the federal mask requirement for airplanes and other forms of public transportation, but only if the CDC decides extending the measure is necessary, the New York Times reports.

China's surge continues with case at very high levels, mostly led by activity in Shanghai, which is on lockdown and is home to about 26 million people. Officials reported 19,819 local cases today, 17,066 of them asymptomatic.

Also, China reported seven more COVID-19 deaths, all of them in Shanghai.

Two World Health Organization (WHO) regional offices held briefings today to detail the latest epidemiologic patterns, progress with vaccination, and the next steps in battling the pandemic.

Officials from the Pan American Health Organization (PAHO) said cases dropped by 2.3% in the past week in the region, though North America's cases were up by 11.2%, with cases also spiking in the Caribbean. Deaths declined by 15.2%, which PAHO Director Carissa Etienne, MBBS, said shows that vaccines are working well to protect people from hospitalization and death.

Two thirds of people in Latin America have received two vaccine doses, she said, noting that while vaccine supplies are now sufficient, some countries lag and haven't yet reached half of their populations. Etienne urged countries to incorporate COVID-19 vaccination into their routine immunization campaigns.

Meanwhile, officials from the WHO Eastern Mediterranean Regional Office (EMRO) said cases this week are down 21%, with deaths dropping 24%. However, they warned that transmission is still high, with cases on the rise in two countries.

So far, 42% of the region's population is fully vaccinated, with only 5 of 22 countries meeting the goal of vaccinating 70% of their populations, despite enough vaccine.

Ahmed Al-Mandhari, MD, PhD, EMRO's director, said that in the coming months, countries in the region will host large gatherings, including Umrah and Hajj pilgrimages in Saudi Arabia and the FIFA World Cup in Qatar. He said the WHO and its partners are working with the countries to ensure that systems are in place to protect travelers and prevent further transmission of COVID-19 and other diseases.

He urged countries to scale up their monitoring of SARS-CoV-2 variants and to continue to reach all people, especially the most vulnerable, with vaccine campaigns.