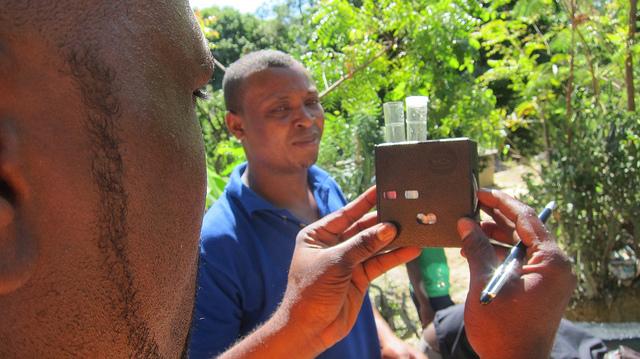 The public health infrastructure in Haiti has somewhat improved since the 2010 earthquake and the massive cholera outbreak that followed, but there's still a big shortfall in resources to improve the country's water and sanitation systems enough to eliminate the disease from the country, according to a report today in Morbidity and Mortality Weekly Report (MMWR) from the US Centers for Disease Control and Prevention (CDC) and Haiti's health ministry.

In related news, a trial in Haiti of an oral cholera vaccine showed similar protection as in India.

Though Haiti's health ministry and its partners have made progress with tasks such as malaria testing, lymphatic filariasis elimination, and disease surveillance, progress is fragile, and funding sources for ongoing public health programs remain uncertain.

In another cholera development, a case-control trial in Haiti to test the effectiveness of an oral inactivated bivalent whole-cell vaccine against the disease and assess the likelihood of study bias found that the vaccine provided protection against cholera for 4 to 24 months, similar to its effectiveness in India, where the disease is endemic. The team of American and Haitian researchers published their findings in the March issue of Lancet Global Health.

The study took place between Oct 24, 2012, and Mar 9, 2014, and involved 89 people who presented with acute watery diarrhea. Forty-seven were identified as cases in the vaccine-effectiveness (VE) part of the study and 42 as cases in the bias-indicator analysis.

Twenty-seven (57%) of the 47 case-patients had received certified vaccinations, compared with 147 (78%) of 188 controls, for a VE of 58%. Neither self-reported nor verified vaccinations were associated to a significant degree with noncholera diarrhea.

The researchers concluded that vaccination is an important tool for controlling cholera.

In an accompanying commentary, Francisco Luquero, MD, MPH, an epidemiologist with Epicentre in Paris, and David Sack, MD, with Johns Hopkins Bloomberg School of Public Health, wrote that Haiti has included cholera vaccines in its national strategy for eliminating the disease, and earlier reports suggest that their use is feasible in the country.

The authors noted that the new findings suggest the vaccine's effectiveness in Haiti is comparable to that in endemic countries of Asia and Africa.

Some issues still need to be worked out, such as dosing and storage, but cholera vaccines, used along with other control measures, seem likely to play a role in driving down disease levels more quickly than strategies without vaccines, they wrote.