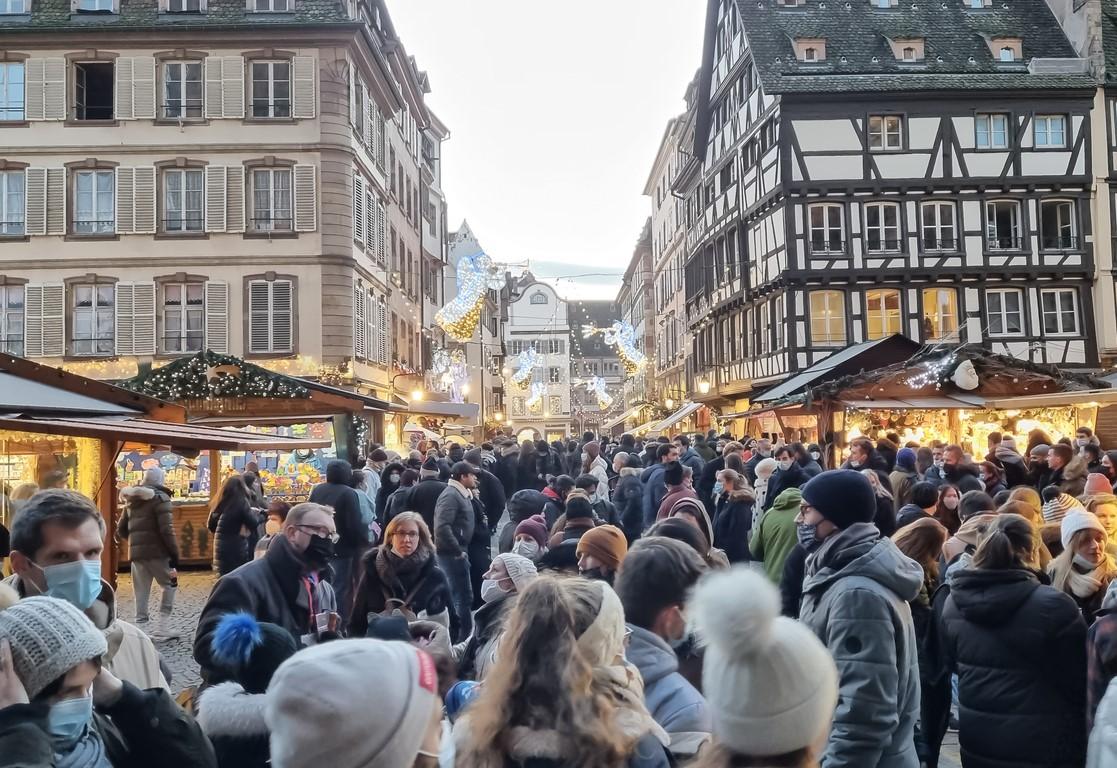 Meanwhile, several world hot spots continue to battle Delta (B1617.2) variant surges, with some nations in Europe taking new steps to curb the spread in the lead-up to the holidays.

At a briefing today, Denmark's Patient Safety Authority Director Anette Lykke Petri, MD, said Omicron variant activity is spreading though the society, with large outbreaks in the east and west, according to Reuters. The country has reported 398 cases so far.

On Twitter today, Mads Albertsen, PhD, who heads a bioinformatics and sequencing lab at Aalborg University, estimated that 2% of the country's cases currently involve the Omicron variant. He added that Denmark is screening about 200,000 people a day, with positive samples tested with an Omicron-specific polymerase chain reaction (PCR) test. Scientists are sequencing all positive Omicron samples, plus 2,000 random positive samples each day.

So far, hospitals aren't at critical capacity, but the government is considering nonpharmaceutical interventions in the face of a large Delta wave and the spread of Omicron, he said. Denmark is also promoting boosters and just opened vaccination to children ages 5 to 11.

Yesterday, British health minister Sajid Javid told Parliament that community transmission was under way across all of England's regions, but it is too early to say if new variant activity will blunt recovery from the pandemic, according to Reuters. The United Kingdom today reported 101 new cases, raising its total to 437.

Scotland's First Minister Nicola Sturgeon told lawmakers that the country's cases have risen 10-fold over the past week, with cases reported in 9 of 14 health areas, according to the BBC.

In South Africa's surge, the country reported 13,147 cases today, and though most are in Gauteng province, where Omicron activity is driving activity, KwaZulu-Natal province—located southeast of Johannesburg—reported a jump in cases, according to the South Africa Times. The country's COVID-19 positivity rate remains high, at 24.9%.

In European Delta surge developments, Switzerland announced it is deploying military troops for the third time since the pandemic began to help support the heath system, according to Reuters. Hospital intensive care units are at 79% capacity, with COVID-19 patients occupying about 30%.

French Prime Minister Jean Castex said yesterday that the country doesn't need another lockdown, but officials are closing nightclubs for 4 weeks and have ordered new distancing measures to slow the spread of the virus. The government called on people to limit social gatherings and it tightened mask requirements for schools.

Elsewhere, Austria today said it will lift its 2-week lockdown on Dec 12, but only for those who are vaccinated.